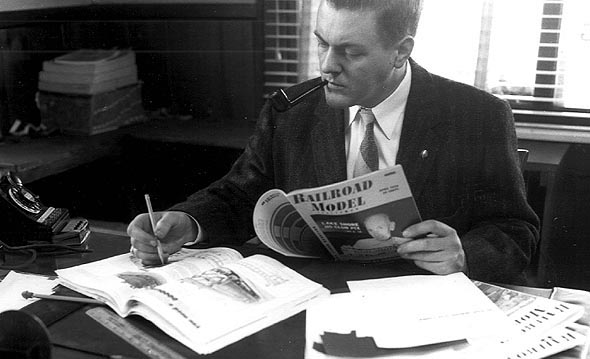 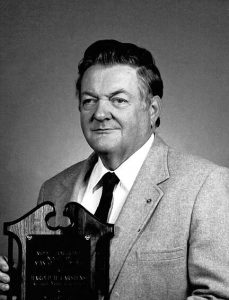 Carstens joined the publishing firm in 1952 as associate editor of Railroad Model Craftsman and Toy Trains magazines while attending Fairleigh Dickinson University at night. He studied journalism and art at the Philippine Institute for the Armed Forces in Manila. He was appointed managing editor of the two magazines in 1954, becoming Editor and Vice President in 1957 and President in 1962 following retirement of founder Charles A. Penn. He had his first article published in Railroad Model Craftsman while a student at Dwight Morrow High School, Englewood, N. J. Carstens attended Wagner College, receiving his B. S. in Business Management from Fairleigh Dickinson University in 1952. He is a member of the Magazine Publishers of America.

Carstens enjoyed his British Morgan sports car and held membership in the Morgan 3/4 Morgan Motor Car Club. He was a member of the Photographic Society of America and was a former associate editor of their PSA Journal. He was a past president of the Newton Rotary Club 1986-1987 and was a Paul Harris Fellow. A member of Shepard of the Hills Lutheran Church, Sparta, NJ, he was active in church affairs and has served on several church councils. 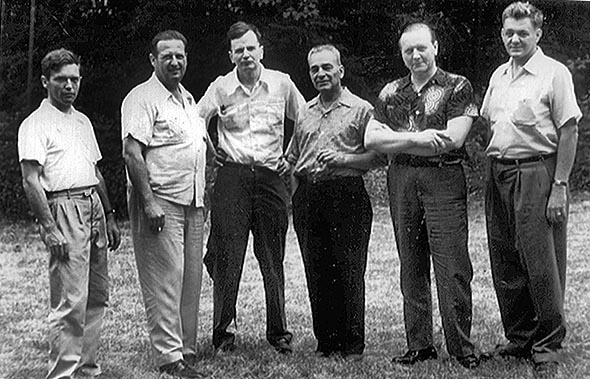 He graduated from the Army School of Roentgenology in Memphis, and served in the Philippines with the 103rd Medical Service Company, U. S. Army Medical Department, during World War II. He was a member of the Veterans of Foreign Wars.

Carstens was a past president and secretary of the Hobby Industries of America, Inc., a 2,000-member trade association with headquarters in Elmwood Park, N. J., 1971-1972, and served 11 years on the HIAA Board of Directors. He served as chairman of the Public Relations, Management Review, Education and Awards committees. He was chairman of the Publishers Section and the Model Railroad Division, and was vice president of the Educational Foundation of the Hobby Industry Association. 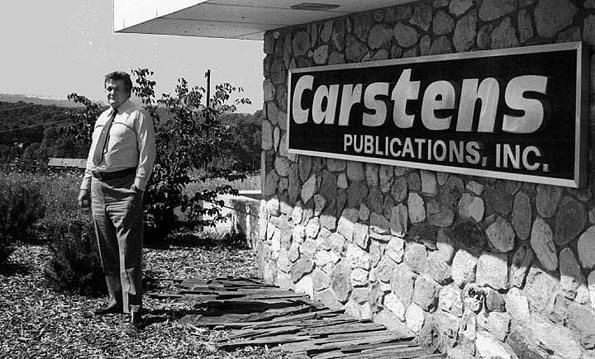 He was the author of many articles on model railroading, railroads, photography, lumber industry, and motor cars. Among publications in which his articles and photographs have appeared are Railroad Model Craftsman, Toy Trains, Railroad Magazine, Railfan & Railroad, Creative Crafts & Miniatures, Flying Models, PSA Journal, The Lutheran, Ladies Home Journal, New York Lumber Trade Journal, Book of Knowledge Encyclopdia, The Morganeer, Hobby Merchandiser, and others. He edited many books on model railroading, railroads, crafts, miniatures and model aviation. His 150 Years of Train Models published in 1999 covers the history of the model railroad hobby and industry.

Hal unexpectedly passed away at home on June 23, 2009. Memorial gifts for the care and preservation of the Carstens Model Train Collection should be made to: