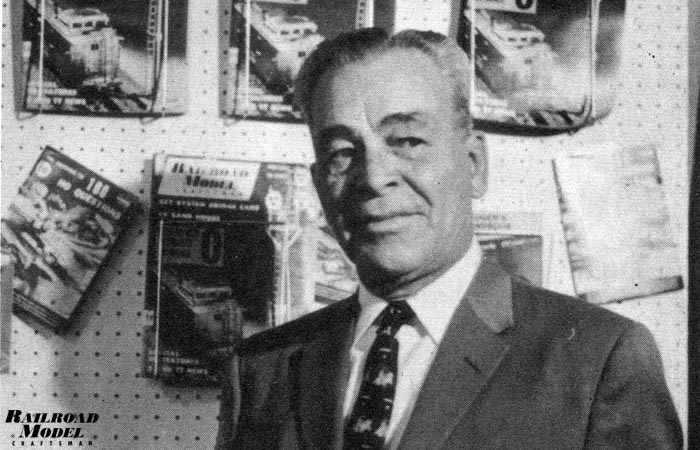 Just about thirty years ago a small group of men got together in Chicago and decided that the time was ripe for the launching of a hobby magazine dedicated to the model craftsman. The first issue of The Model Craftsman, dated March 1933 made its debut in late February of that year. Among contributors to those first early issues were Ed Alexander, Bill Walthers, and Fred Icken [All who found fame as prominent model railroad manufacturers. —Ed.].

After a few months, a new advertising manager was hired, a man by the name of Charles A. Penn, quickly becoming vice president of the firm and then president and publisher. This post was held by Charlie Penn until December [1962] when he retired after thirty years of service to the model and hobby industry.

A protege of the late Bernarr Macfadden, Charlie learned publishing working for Macfadden Publications in both the U.S. and Europe. Curiously, one of Penn’s co-workers at McFadden was a man named Jay Cleveland, destined to become publisher of Model Airplane News.

While Model Craftsman covered a multitude of building hobbies, the selection under Penn’s guidance quickly changed to coverage of the model building hobbies only. Of these, railroading grew in prominence until 1948 when it was decided to change the contents entirely to railroading.

Through the years the company published a number of other periodicals and books. Penn has to his credit the first hobby trade magazine in the field. Charlie also established the first retail hobby shop as we know it, stocked largely with merchandise which the fledgling model industry paid Penn in lieu of non-existent money for ads during the depression years. Penn’s Hobby Craft Store was sold to the Polk brothers just prior to World War II.

Penn’s contributions to the hobby industry have been largely unsung. An early model contest in cooperation with the Baltimore & Ohio Railroad helped place Fletcher Speed’s Royal Blue model in the Smithsonian Institute. Penn later worked closely with the New York Museum of Science & Industry and when the New York World Fair opened in 1939, Penn’s Hobby Craft Stores booth helped introduce thousands to scale model railroading via the low cost HO way. One of the customers was Harold H. Carstens, who at that time, coincidentally, was a classmate of Fred Icken’s daughter, Betty.

Penn helped promote many early modelers including such well known personages as Larry Geiringer, who even back in the late 1930s had already achieved a measure of fame with his display later to be known as Roadside America. And it was back around 1937 that Penn published the first articles by a young writer named Louis H. Hertz, helping the toy train hobby to gain recognition and needed respectability. The list of modelers who appeared in the Craftsman during those early years reads like a Who’s Who of modeldom, including Al Kalmbach, Mel Thornburgh, Al Lewis (later editor of American Modeler) , Larry Eisinger (now editor-in-chief of Fawcett Books), the late Harold V. Loose, Jeffrey Winslow, Frank Ellison, Eric LaNal, Martin Lewis, Lewis Austin, Warren Morgan, Bill Schopp, Larry Sagle, Harold Schupp, and other hobby notables too numerous to mention.

In recent years, Charles and Helen Penn have spent much of their time at their Arizona ghost town of Bumble Bee. Located some 50 miles north of Phoenix on the road leading up to Horse Thief Basin, Penn has done much work in restoration including the erection of an old time western false front village and the addition of 4-wheel narrow gauge mine cars. Newspapers and magazines have given the project much coverage and the Penns have made a number of TV appearances. Even the Ben Casey program made mention of Bumble Bee during a December 1962 broadcast!

Model railroading and the hobby industry have changed greatly during the thirty years of service that Charles A. Penn gave it. Charlie’s efforts during that time, numbering many firsts, helped put the model industry on its feet. In appreciation of his early efforts it is our pleasure to leave Charlie’s name on the masthead of the magazine to which he gave so many years.

If Railroad Model Craftsman has its roots tied firmly to the very beginning of the model railroad hobby, it also looks to the future with confidence in the hobby of model railroading. Our operating staff remains basically as it has for the past few years. During the months to come we hope to gradually add new features and improvements which will make RMC better than ever. Hobbyists can also look forward to expansion of our Penn Craft book division with a series of new titles now in preparation which we feel will be of interest to all modelers and railfans generally. 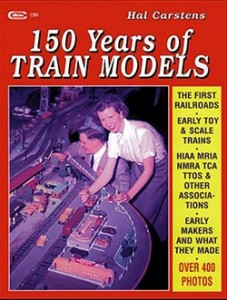 Want to learn more about the history of our hobby? Purchase your copy of 150 Years of Train Models