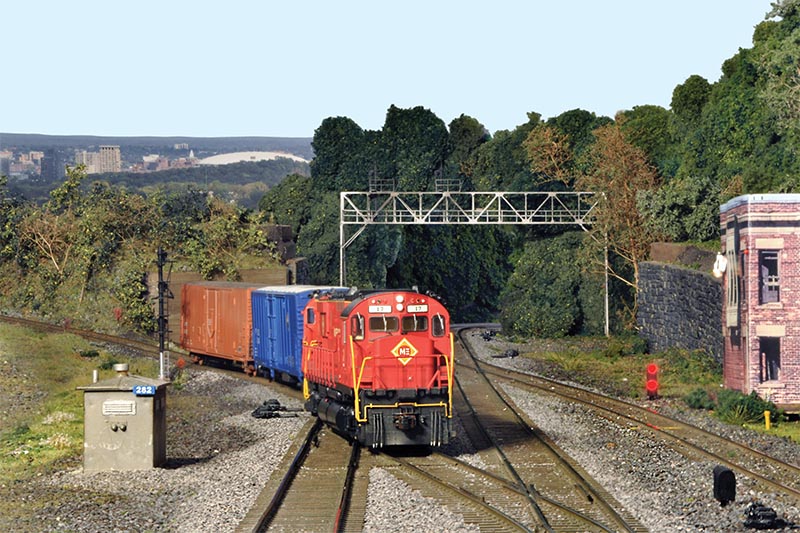 After obtaining verbal permission into the yard from the Conrail Onondaga Yardmaster, Minoa & Euclid Train ME-1 crosses the Chicago Line after the Conrail Mohawk Dispatcher lines the route at CP 282 on the author’s HO scale Onondaga Cutoff. 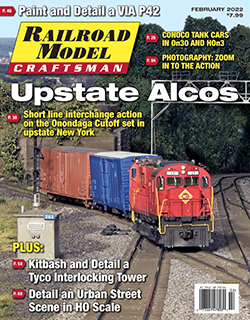 by Dave Abeles/photos by the author

Opportunity: It often determines where people live. While there are a lot of reasons why people settle where they do, many of those reasons have to do with employment. In the mid-1800s, many new railroad ventures announced ambitous plans for new construction and promised huge returns on capital invested. Competition was fierce, especially in the industrial Northeast. Railroads bought up one another as quickly as they could to beat out the competition, often before the first rail was laid. This resulted in a dense network of branch lines serving the major cities. Over time, the redundant lines were sold off or went bankrupt. Other times, entrepreneurs saw opportunity where others saw liabilities, and formed new short line railroads as a result.

Part of the illusion of model railroading is to capture some of that history and weave it into the stories of our layouts, using the past (real or imagined) to our advantage to build more plausible operations. On my HO scale Onondaga Cutoff layout (see September 2020 Railroad Model Craftsman), Conrail operates a busy, high-density double-track trunk line in the 1990s between the East Coast and Chicago, with access to all western points. The Onondaga Cutoff represents a proto-freelanced bypass around the city of Syracuse, N.Y., originally planned by the New York Central to avoid terminal congestion and increase freight velocity. My modeled operation, like the prototype, features dozens of intermodal trains, along with manifest and autorack tracks that pass daily, many tightly scheduled to fit customer demands. 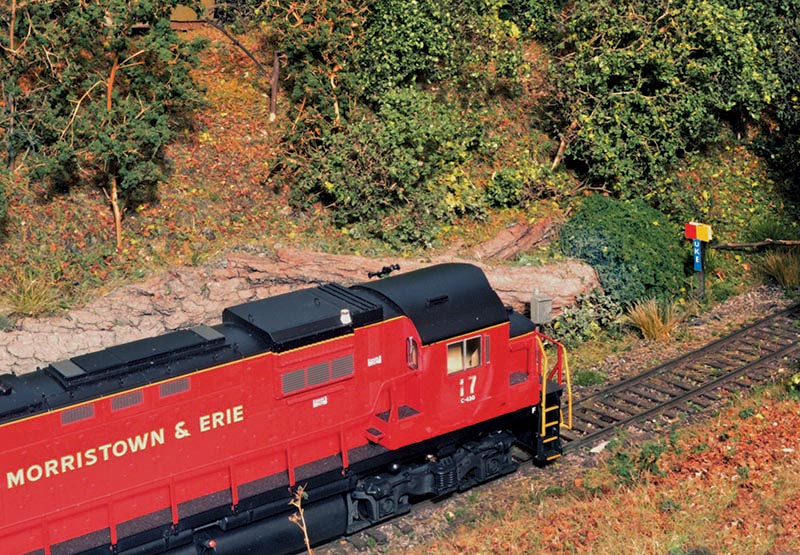 ABOVE: Block limit signs, a holdover from the days Conrail operated this portion of the line, are used as physical locations on “dark territory” (track with no signal system) to help keep track of trains. ME-1 sits at block station UKE to copy their Form D from the M&E dispatcher in Morristown, N.J.

However, there is more to the operation than the steel highway of the Chicago Line. Syracuse is a city with a larger industrial past than present, but there remains a healthy amount of rail-served business and local traffic around the area. One of the railroads that interchanges with Conrail at Onondaga Yard is the short line Minoa & Euclid. The M&E offers a stark contrast to the main line across town. Let’s take a day to follow the morning job, known as ME-1, as they go through their operations at Euclid Yard and make the run over to Onondaga Yard.

The largest M&E customer is the Peter Doelger Brewery at Euclid. Founded in New York City in 1859, the real brewery operated under different names until closing its doors in 1937. Part of the imagined history on my layout includes a satellite brewery operation opening in 1933 along the Delaware, Lackawanna & Western (DL&W) Syracuse Branch, which ran from the DL&W main line in Binghamton, N.Y., up through Syracuse and up to Oswego on the shores of Lake Ontario.
Conrail sold off many of these marginal routes to new short line operators through the 1980s.

In the proto-freelanced history of the Onondaga Cutoff, the Minoa & Euclid is a subsidiary of the Morristown & Erie, a short line railroad in suburban New Jersey that was looking to expand its portfolio of services and start bidding on other operations (like they would in real life when they operated the Maine Central Rockland Branch as the Maine Eastern from 2003 through 2015). On my model railroad, this was also a way to portray an element of railroading from where I grew up in New Jersey into my fictionalized world of Central New York State. 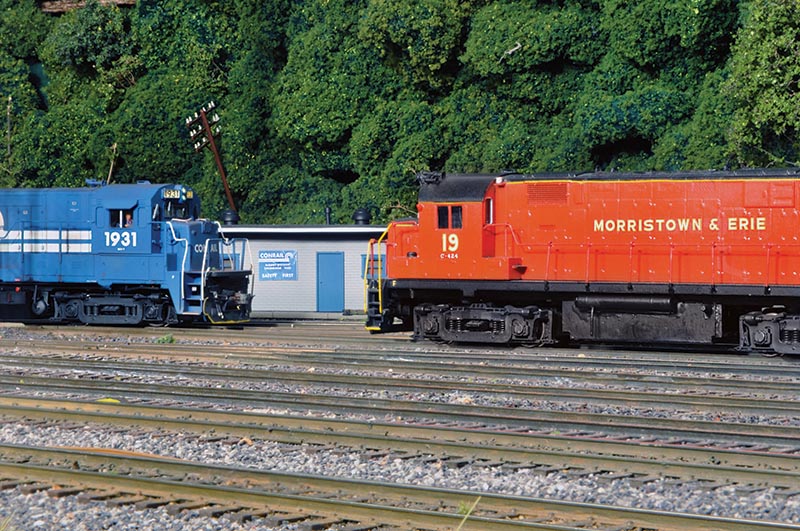 ABOVE: Conrail yard job YAON-14 is finally in the clear, allowing the M&E train to depart Onondaga Yard and head back to Euclid.

Following ME-1
We start out with our crew at the Euclid Yard Office just after the sun breaks the horizon on Saturday morning, September 24, 1994. It’s a typical early fall day today in Central New York, with temperatures starting in the mid-50s and expected to climb into the mid-60s. Filling up the tank last night, we noticed gas is cheaper up here at $1.15 a gallon. We grabbed some bacon, egg, and cheese sandwiches from the local deli before heading over to the M&E shop at Euclid.

Breakfast in hand, we arrive to find the crew inspecting their power, which today includes Alco C430 no. 17 and C424 no. 19, recently shipped up from the home shop in Morristown, N.J. The switch lists today include a bunch of work at Euclid to serve the brewery and other customers and then a run up to interchange with Conrail at Onondaga Yard. Today’s crew consists of engineer Phil Dean and conductor Nathan Low, who both grew up the Syracuse area and come from railroading families…

Read the rest of this article in the February 2022 issue of Railroad Model Craftsman. Subscribe Today!