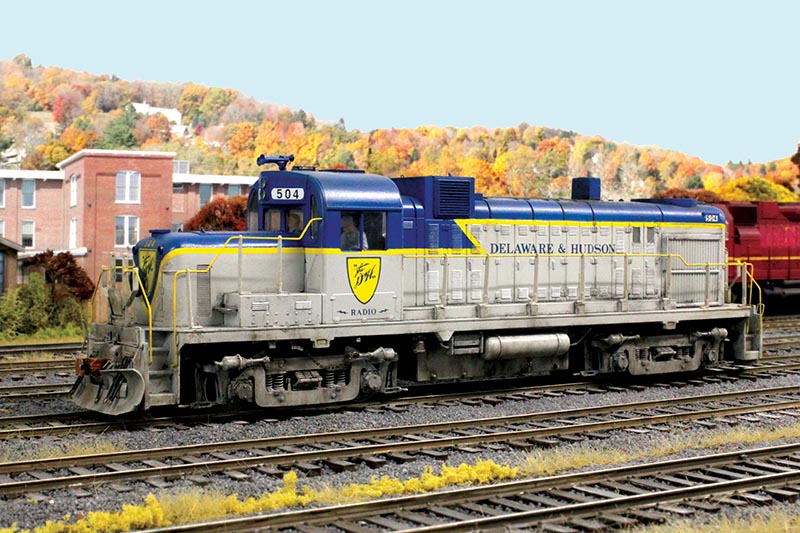 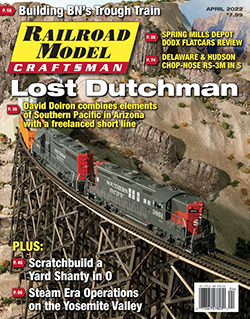 Following the successful rebuilding of Delaware & Hudson Railroad’s Alco PA locomotives by Morrison-Knudsen’s Motive Power Division, the railroad turned to the locomotive rebuilder to upgrade its fleet of older road switchers. In the fall of 1975, D&H sent eight aging Alco RS-3s to M-K’s locomotive shops in Boise, Idaho, for rebuilding.

The RS-3 rebuilding program involved replacing the original Alco 244 prime mover with a more robust 12-cylinder Alco 251C prime mover, increasing the horsepower rating from 1,600 to 2,000. The modifications also included lowering the short hood and installing new front windows with angled number boards above the short hood end of the cab. Other features included the installation of a large air filter box behind the cab and raising the long hood by 6” to fit the larger prime mover.

The rebuilt locomotives, designated RS-3m, were not all that successful. The higher horsepower and relatively light weight of the rebuilt locomotives resulted in low adhesion, which meant that they were too “slippery” to use on heavier trains. Despite these issues, D&H continued to use the RS-3m units well into the 1980s. 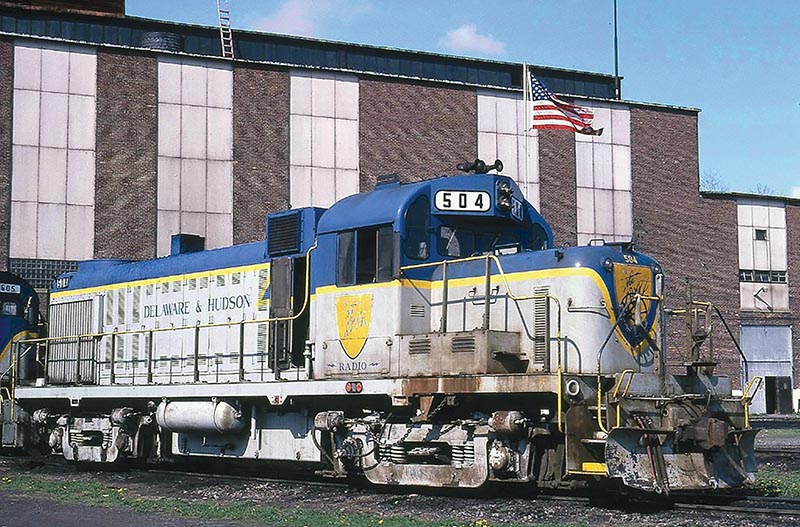 All of the RS-3m units were retired in March 1988 and eventually scrapped, except for 506. It was sold to Tioga Central Railroad in Wellsboro, Pa., and used to haul tourist trains. In 2014, the unit was sold to Western New York & Pennsylvania Railroad in Olean, N.Y., and renumbered 406. It remains in service as the sole surviving D&H RS-3m.

I model the D&H in S scale in 1977. All eight RS-3m units were in service at that time, so having at least one of them on my roster seemed appropriate. I chose to model 504 because I wanted to replicate one of the units in the “lightning stripe” paint scheme and I had the most reference material on this particular unit. 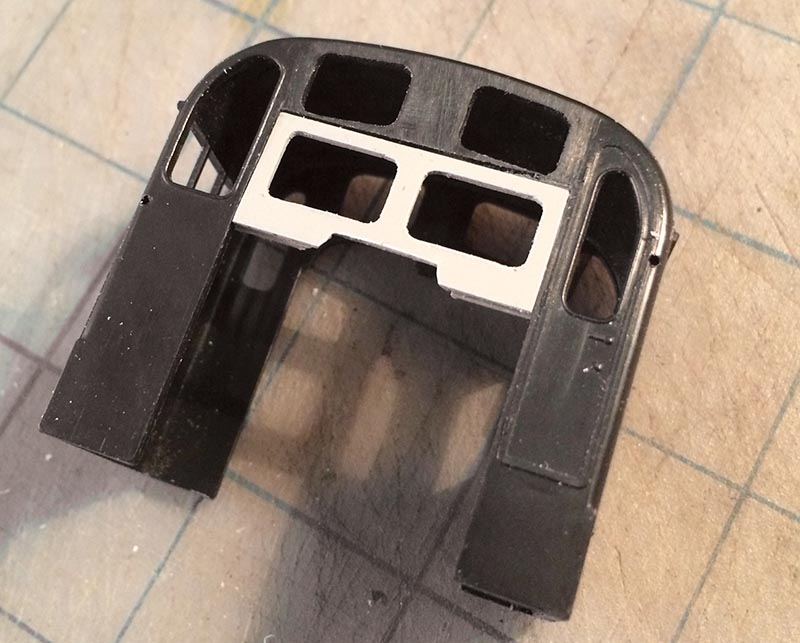 Building the Model
A model of the RS-3m doesn’t exist in S scale, but a fairly accurate RS-3 is offered by American Models. It is available with scale wheels, but does have some concessions to scale fidelity so that the same locomotive body can be used by American Flyer (“hi-rail”) modelers. The biggest compromise is in the pilot area where a larger-than-normal opening is provided to accommodate the oversized Flyer-type couplers and lacks a draft gear box. The opening is easily filled in with styrene and a draft gear box can also be shaped from styrene. 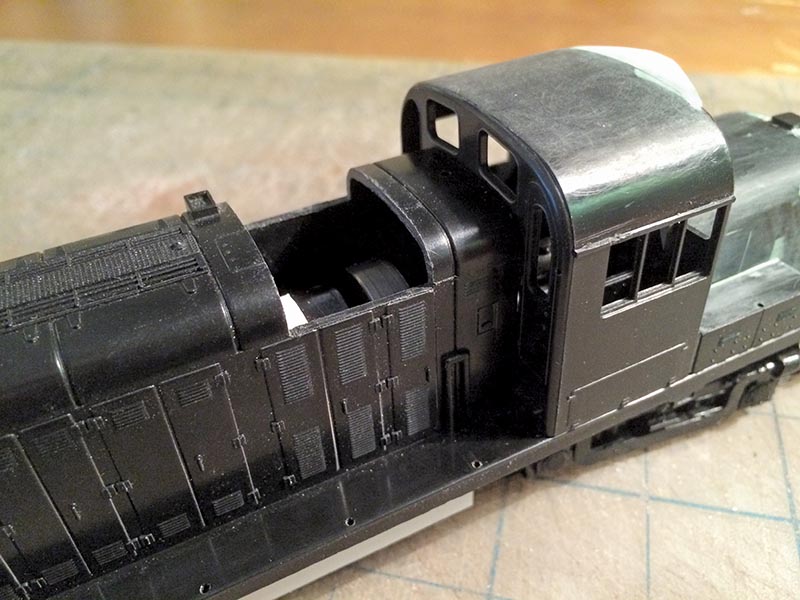 The RS-3m requires three significant alterations to the basic RS-3 shell: lowering the short hood, installing an air filter box behind the cab, and raising the long hood by six scale inches.

Short Hood
The short hood was lowered by cutting two scale feet from the base. A new windshield was fabricated from styrene and installed on the cab end wall above the short hood. Above the new windshield, angled number boards were installed along with new dual beam headlights.

I used an EMD angled number board detail part from Des Plaines Hobbies. The top of the number board/headlight casting was built up with styrene strips and shaped to match the contour of the RS-3’s roofline. The original low hood headlight opening was filled with styrene and body putty, then sanded smooth. 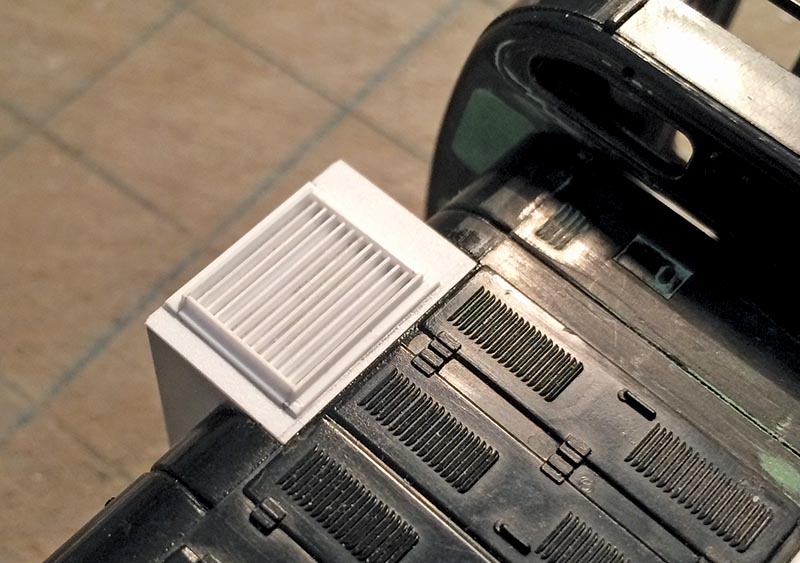 Air Filter Box
The next obvious modification was the installation of a new air filter box behind the cab. A four-scale-foot section of the long hood was removed to just above the hood doors. The air filter assembly was built up from styrene in the shape of a box the width of the hood and extends about two feet above the hood. 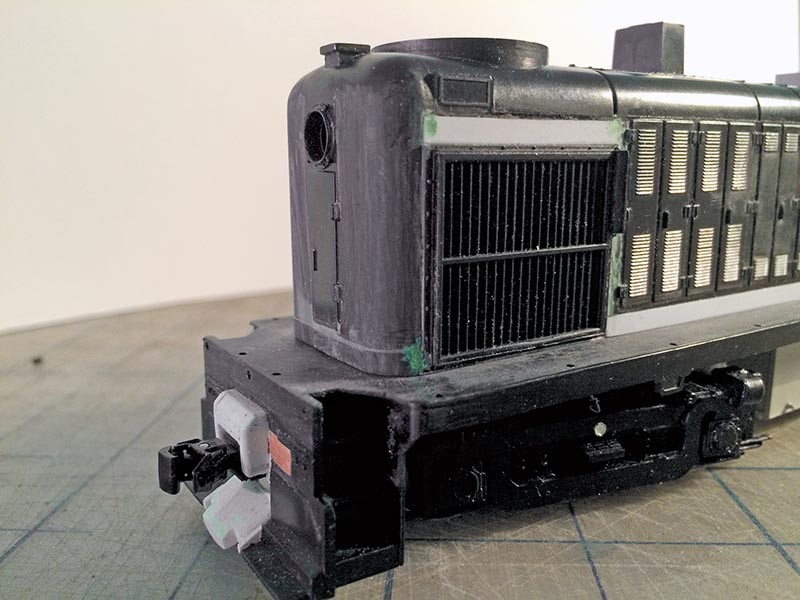 Intake grilles were added to each side and were built from angled pieces of 0.010” x 0.060” styrene with a frame built from styrene angle sections. A riveted plate fabricated from styrene sits atop the box completing the modification.

Long Hood
The most challenging modification to the RS-3 shell involves raising the long hood to accommodate the larger Alco 251C prime mover. This would seem relatively simple to model by adding approximately 3/32” to the bottom of the long hood, but the radiator section of the hood sits directly on the running boards and the additional height was added above the radiator intake.

This meant adding six scale inches (or 3/32” in S scale) of styrene to the bottom of the hood and cutting out the radiator intake grilles from the long hood, then adding a 6” strip of styrene above the radiator grille. The curved end of the hood was raised using a remnant of the lowered short hood. The fireman’s side walkway along the long hood is raised approximately 6” and the edge is inset slightly from the edge of the frame. Small extensions were added to the inset to accommodate the surface-mounted handrail stanchions. These features were all fabricated from various sized pieces of styrene strip and sheets. The raised long hood also requires that the upper cab windows at the back cab wall be filled in. 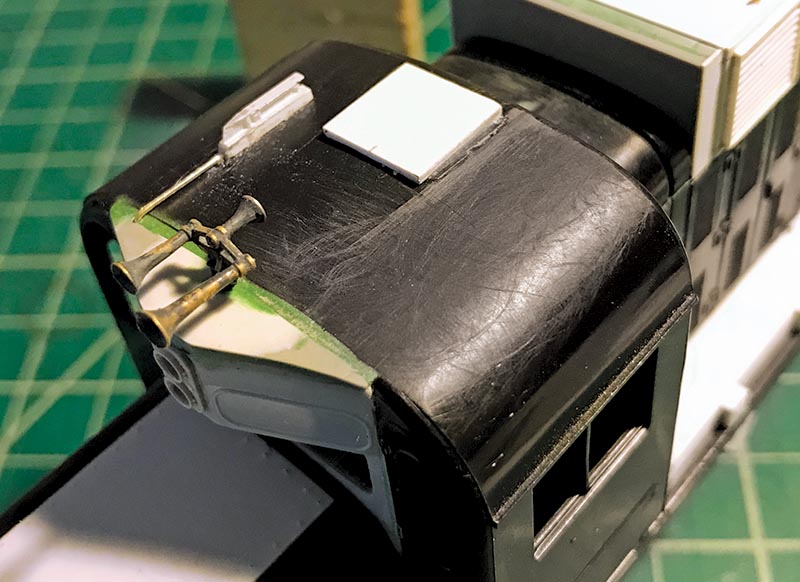 The American Models RS-3 fuel tank and air tanks are not suitable for the RS-3m. The stock fuel tank represents a much larger one and the air tanks are not represented accurately on the model. I chose to remove the air tanks and discard the one-piece fuel tank/air tank assembly as it was easier to fabricate replacements from styrene and styrene tube stock. The fuel tank is essentially a rectangular box with five large bolts positioned along the bottom edge. The box is approximately 6’ wide and was built up using 0.060” styrene sheet material. The bolts were Grandt Lines O Scale nut, bolt, and washer castings

An overflow pipe extends vertically along the face of the fuel tank on each side. This was fabricated from a short piece of styrene rod. The air tanks were assembled from a short section of 5/16” diameter styrene tube. The ends of the tube were filled styrene rod and were rounded by placing the tube into a drill press and forming the curved end shape with a file. Styrene rod was used as piping. 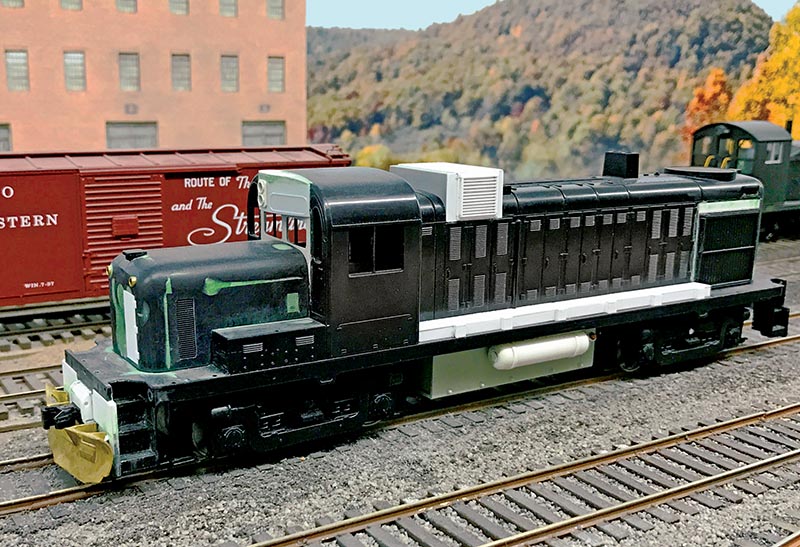 BTS provided the Alco horn cluster and the brass replacement truck side frames. Other details such as the Sinclair radio antenna and the compressed air cooling coils can be found by searching Shapeways. Coupler lift bars were fabricated using 0.015” diameter brass wire stock.

Painting
I completed the RS-3m conversion by painting the unit in the D&H’s blue and gray lightning stripe scheme using Scalecoat paint. The Scalecoat gray is way too dark and had to be mixed with 50 percent Scalecoat white. Their D&H blue color is a closer match to the prototype.

The unit was weathered with a combination of diluted oil paint washes and PanPastels to represent a unit that had been in service for about two years. A LokSound/ESU v5.0 decoder was installed with a 251C sound file along with a Tang-Band speaker and the locomotive sounds as good as it looks. 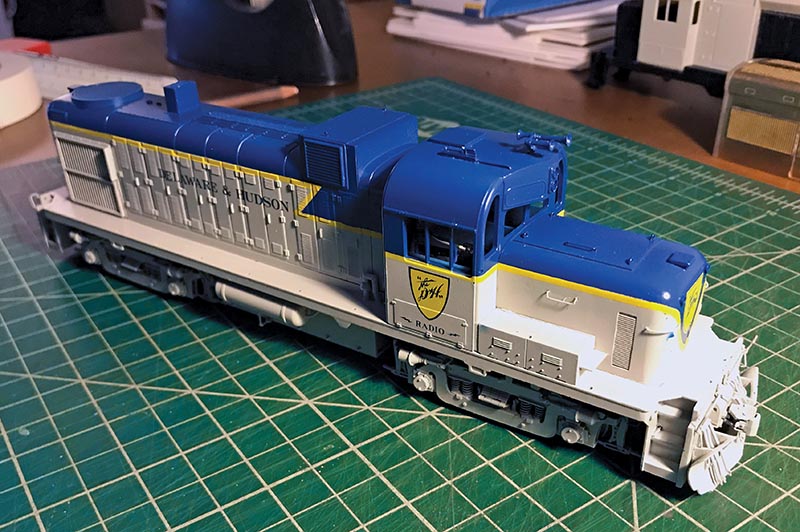 Modeling D&H 504 was an enjoyable experience and enabled me to have an iconic locomotive on my roster. Though this article is specific to S scale, many of these same techniques and modifications can be applied to other scales.

Editor’s Note: Dremel has chosen to end the 50-year partnership with our magazine, which also means the end of the RMC/Dremel Kitbashing Award that was launched by past editor Tony Koester in 1972. We are currently seeking a new corporate sponsor to join us so we may continue to promote this important aspect of our hobby. —O.M.V.

This article appeared in the April 2022 issue of Railroad Model Craftsman. Subscribe Today!