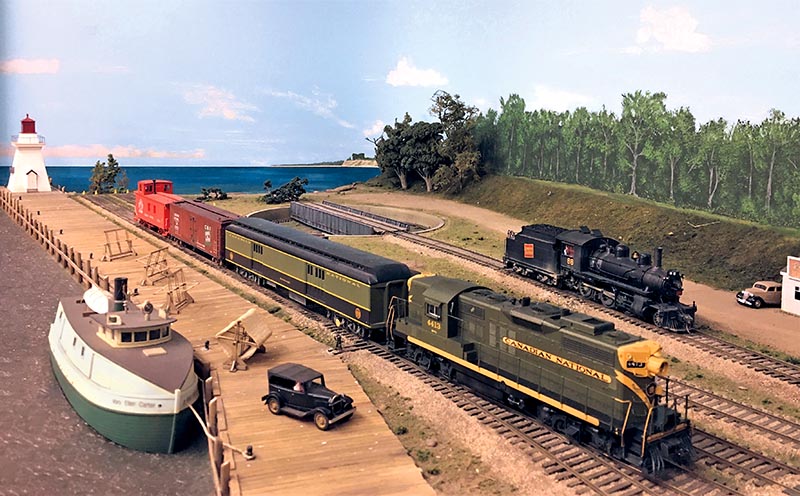 Now permanently retired, the author’s Port Dover Branch was for many years part of the S Scale Workshop’s travelling layout. Track is Code 87 flex. The Geep, baggage, and reefer all began as ready-to-run plastic. The van (caboose) is a resin kit. The Mogul leaving the turntable was a limited run brass kit by S Scale Loco and Supply. —Jim Martin photo 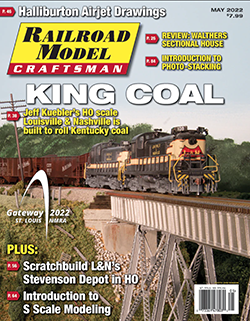 By Jim Martin/photos as noted

It seems S Scale, 3/16, or 1:64, has an identity problem, one that often hides its lesser-known scale modeling component from potential converts. I belong to a group called the S Scale Workshop. Over the last 25 years we have logged thousands of miles taking our portable layout to shows in both our home country of Canada and the United States. We are dedicated to demonstrating the potential of 1:64 as an alternative to other more widely practiced scales.

Along with the countless favorable responses have been looks of puzzlement. Viewers, including some experienced model railroaders in other scales, stand in front of us trying to figure out just what the heck they are looking at. When we tell them it’s S-scale they will often reply “Oh, you mean American Flyer.” Well, no. We are S scale, but they are thinking S gauge. See, it’s getting confusing already, just as in neighboring O scale where there is a Lionel side and a scale side. Now let’s look at the differences and challenges that bedevil S scale and the rewards it offers to those who stick with it. 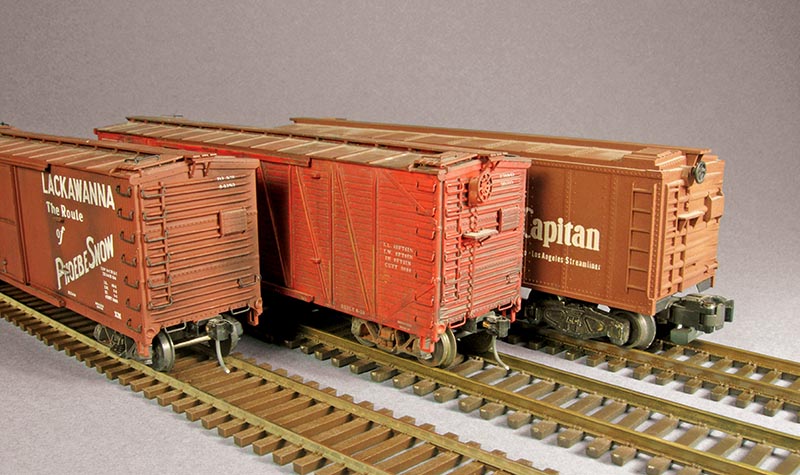 ABOVE: This Brooks Stover photo shows the choices in S that can confuse a newcomer. The toy-like American Flyer car at the back is what many people equate with S. In the middle is an S Helper Service boxcar with hi-rail wheel sets and Kadee couplers. At the front, another SHS boxcar sits on scale track and is equipped with NMRA code 110 wheel sets and Kadees.

A Matter of Scale
The terms “scale” and “gauge” are often confused. Strictly speaking, scale is the ratio of the size of a model to that of its prototype; and gauge is the distance between the track railheads. 1:64 or 3/16th inch model railroading is bookended by two different approaches to the hobby, the first of which largely overshadows the other. We’ll start with the elephant in the room.

First produced in 1939 by the A.C. Gilbert Co., American Flyer toy trains and other compatible products still dominate S to the extent that a scale-oriented potential newcomer can have a hard time seeing past it. The toy train side of S is a viable hobby of its own, known for its nostalgia, its collectability, and reliability. However, its oversized couplers, track and wheel flanges, and a legacy of its toy train origins are a turnoff for scale modelers. If a would-be convert sees that first, they may look no further. None of this is a criticism of American Flyer enthusiasts. Flyer is fun. Its existence, and the market pressure exerted by its proponents, propels the demand for the finely detailed products that benefit scale modelers. 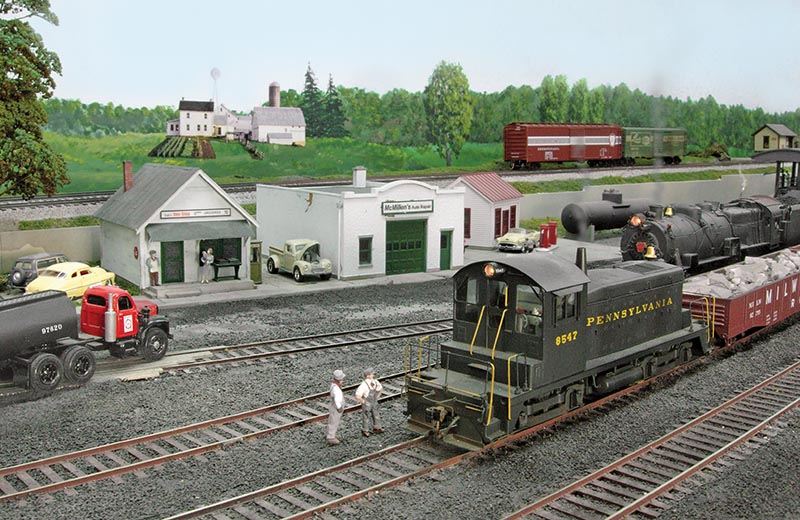 ABOVE: It’s a busy day on Gaylord Gill’s Buffalo & Chautauqua layout. Buffalo bound M-1 Mountain waits while the SW1 prepares to insert a cut of cars. Both locomotives are custom-painted brass imports. The freight cars are commercially available plastic. The structures are kit-built, and the vehicles are commonly available 1:64 die-casts. —Gaylord Gill photo

Other astute manufacturers have jumped in to join the Flyer market. They have seen the value of making their highly detailed models serve both the scale and tinplate markets, by offering easily-swapped-out couplers and wheelsets. Followers of Flyer or tinplate standards usually call themselves “S-gaugers.”

At the other end of the spectrum is Scale S. Its practitioners prefer to run closer-to-scale couplers, wheel sets, and rail sizes of Code 100 or smaller. Those in other scales who enjoy chasing realism will appreciate what we are about. We engage in the part of S most likely to attract modelers from the other scales. We call ourselves “S-scalers.” 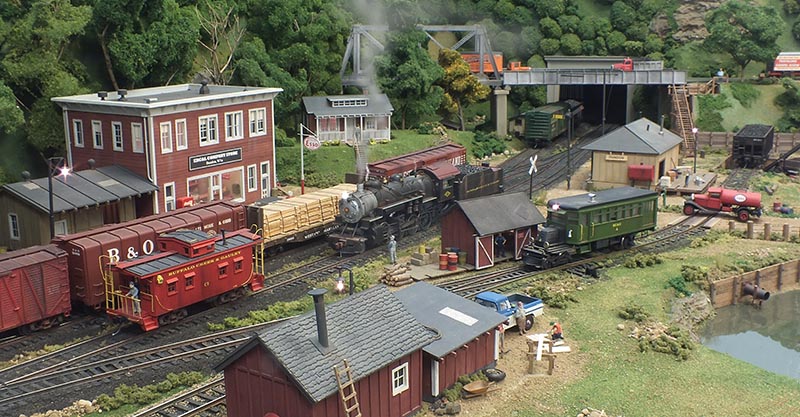 ABOVE: Brooks Stover is a writer and S scale builder. Here in Dundon, W.Va., Buffalo Creek & Gauley 13 switches the B&O interchange track. Brooks enjoys scratch-building unique vehicles such as the rail bus, but the caboose and the B&O wagontop boxcar are kits. Brooks’s structures are all scratchbuilt from low-cost card and wood. —Brooks Stover photo

Of course, there is a middle ground between the two just-mentioned approaches. “Hi-Rail” combines the visual appeal of fine scale layout building with the ease and reliability of slightly larger rail and wheel flange sizes. One of the very best practitioners of this approach is Brooks Stover’s Buffalo Creek & Gauley Railroad that has appeared in this and other publications many times. The Code 138 rail products that he uses can be directly compared to Code 100 rail in HO.

The attraction of S is its size, often described as “ideal.” Dimensionally it is only about one-third larger than HO, but multiply that slightly larger increase across the length, width and height of the model, and you have something that is over twice the weight and volume. Thus, S is easier to see and work on while tracking more reliably. S scale’s larger locomotive bodies makes the fitment of today’s advanced electronics much easier than in the smaller scales. If you have room for HO, you can find room for an S scale layout. Looking in from the other end, O scalers who need or want to downsize will find they can fit a lot more into any given space without sacrificing too much heft. Everyone wins….

Read the rest of this article in the May 2022 issue of Railroad Model Craftsman. Subscribe Today!