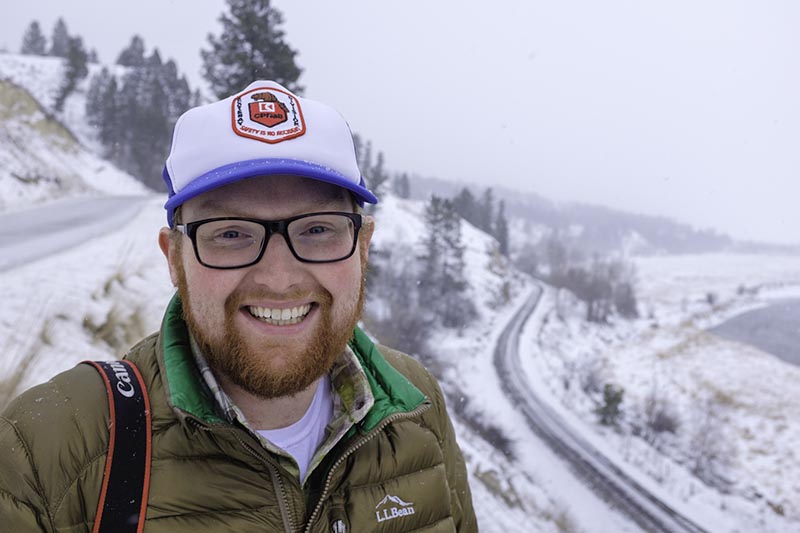 White River Productions is excited to announce a new addition to our editorial staff. Owners Kevin and Nadean EuDaly proudly welcome Justin Franz to the staff of Railfan & Railroad and Railroad Model Craftsman. Justin Franz is a Maine native and a 2011 graduate of the University of Montana’s School of Journalism. Prior to coming to White River Productions, Justin was a reporter and photographer for the Flathead Beacon, a weekly newspaper in Kalispell, Mont., as well as a correspondent for Trains Magazine. His work has appeared in numerous regional and national publications, including the Washington Post and New York Times, and railroad publications like Railfan & Railroad, Railroad Heritage, NRHS Bulletin, Railroads Illustrated, Railroad Explorer, and Railpace Newsmagazine.

Justin joins our staff full-time as an Associate Editor of Railfan & Railroad and Railroad Model Craftsman. Aside from our magazines, he will also focus on developing new online features for our web sites and social media platforms. He will be working alongside Editor Otto M. Vondrak and Associate Editor Harry K. Wong.

Railfan & Railroad was launched in 1974 as Railfan, and expanded with the acquisition of the venerable Railroad Magazine in 1979. Railfan & Railroad is a showcase of modern trackside railroad action, with stunning photography paired with the latest industry news and monthly columns. Established in 1933, Railroad Model Craftsman delivers the best in scale model railroading each month. Every issue features beautiful layout tours, detailed scratchbuilding and detailing features, the latest news and in-depth product reviews, exact scale drawings, construction tips and techniques, and more. Both magazines were acquired by White River Productions in 2014.