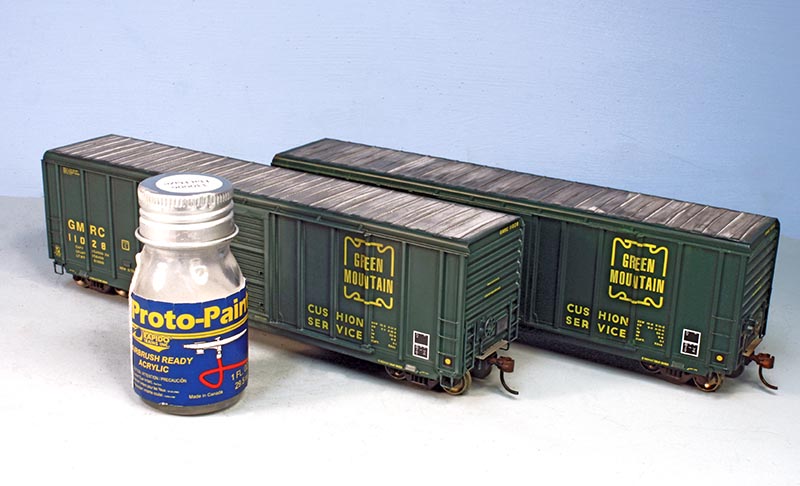 A comparison of two Green Mountain Railway boxcars, one has been faded with two coats of Proto-Paint Flat Haze, while the other is fresh out of the box. Which one looks better to you? 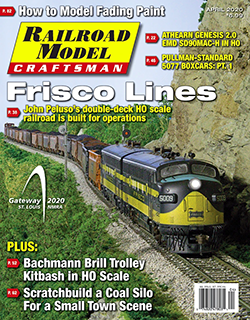 One of the weathering effects that modelers seem to talk about on a regular basis is how one fades the paint colors on rolling stock and locomotives. This topic has been covered numerous times in the modeling press, but they all seem to be a two- or three-step process that requires a bit of practice and skill. In the past few years I have come across two very simple procedures that anyone can master. My first attempt using both products was great as they really make my models reflect years of fading.

Proto-Paint Flat Haze
A few years back, while at Credit Valley Railroad Co. (a great hobby shop near Toronto, Ontario), my friend Roger Chrysler showed me an engine that he did some custom work on for a customer. I really was impressed with the weathering. I asked him what he used for the paint fading. It was a new product out back then called Proto-Paint by Rapido. The color used was in the weathering category called Flat Haze (no. 330006). I left the hobby shop with a jar of it to try out.

Not too long after acquiring the paint I attended the Rapido dealers’ open house and barbecue with my friend Peter Mumby. I had a chance to speak with Rapido’s Dan Darnell, the man behind the Proto-Paint line of water-based acrylics. The line of paints is color-matched to real paint chips and dries to a decal-ready gloss finish. The weathering shades which the Flat Haze falls into dries to a flat finish.

Dan noted that Proto-Paint, being a high-quality railroad paint, can be sprayed right out of the bottle then cleaned up with household window cleaner. It sure sounded simple to me and I was eager now to give it a try.

On my first attempt the paint flowed on very well. I used 30 psi pressure and no thinning while using my airbrush. When the model was coated it had a milky appearance which began to fade in about five minutes to a flat faded look. The paint dried in about 10-15 minutes. Dan mentioned leaving a freshly painted model 24 hours before attempting any masking. It appears that one needs to apply at least two coats to get a well-faded look to one’s model. I waited at least five minutes between coats, giving the airbrush a quick spray of window cleaner between coats as the paint dries fairly quickly in the airbrush.

The first coat of Proto-Paint Flat hHaze has been applied to the Canadian National Geep shell. The milky color will begin to clear in just a few minutes.

I experimented with applying more coats, but found more than three coats did not add to the effect. My models receive between two and three coats depending on the color. I found that on dark colors such as black and some browns, one coat can be acceptable; but on colors such as bright red, yellow and orange, more are required.

Five minutes later and the milky appearance has almost all cleared. A second coat was applied to complete the effect.

My first jar of Flat Haze yielded 14 coats of paint on seven HO scale models which I think was a great value. The first model I coated was an Athearn blue box GP-9 modeled as a Canadian National GR-17. This model received two coats which really made the model stand out in my fleet. My second attempt was on a Green Mountain Railway boxcar that I had two of. I left one in the new out-of-the-box condition for comparison. I once again applied two coats of Flat Haze. When I placed my two models side by side the faded car stood out as a used piece of rolling stock which really appealed to me. On my White River Division layout, I run all my rolling stock and engines with some degree of weathering. This weathered Green Mountain boxcar looks right at home. 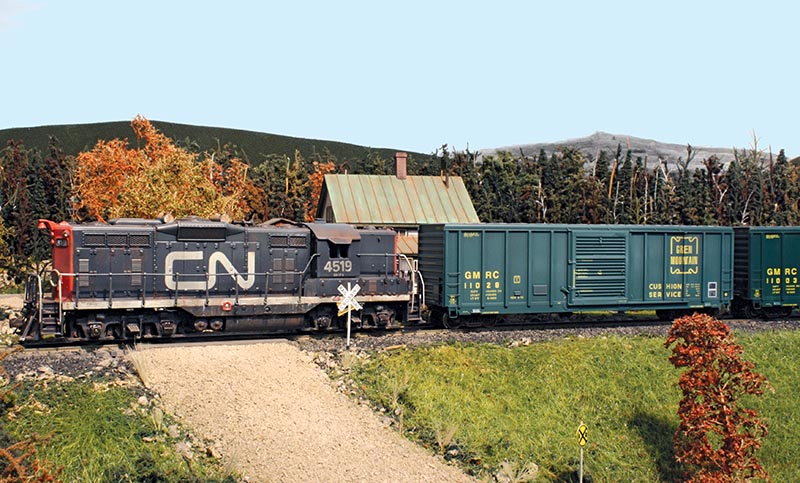 I have begun experimenting with fading of other layout features such as cars and trucks. I recently acquired an Oxford Models 1957 Dodge pickup in tropical coral. It appeared a bit bright to me once out of the package and placed on the layout. I decided to give it one coat of Flat Haze over the entire model. I did not tape up the windshield, instead applying light strokes over that area. The finished appearance, I thought, was pretty impressive, successfully toning down the shiny bright paint without dulling the windshield too much. In the past I used flat finish on my new cars and trucks to tone down the shine, but I feel this product does a better job…