The National Model Railroad Association announced on April 9 that it would be canceling its national convention and train show in St. Louis in July because of uncertainty about the ongoing coronavirus pandemic. This is the first time the national organization has ever had to cancel its annual convention, which has been held every year since 1935.

The NMRA had been hesitant to cancel Gateway 2020—especially considering the tireless work of organizers and layout owners to prepare for the event—but in recent days the host group determined that it would be nearly impossible to pull off in the current climate. In a press release announcing the cancellation, officials noted that a key member of the planning group was sick with COVID-19. Additionally, some members of the local model railroad community had withdrawn their model railroads from the tours, based on their concerns about allowing people in their homes who may have the virus.

“Neither the Gateway 2020 crew nor the NMRA made this decision in haste or without careful consideration of all involved,” officials wrote. “The cancellation is in the best interest of the NMRA members, their family members, and the NMRA.”

For those who have registered for the convention, the refund policy will be published as soon as possible at Gateway2020.org. The 2021 convention is set to take place in Santa Clara, Calif. 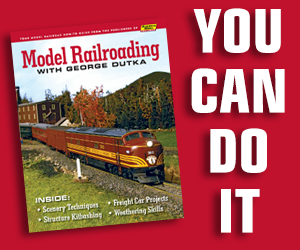