Testors has decided to discontinue a number of popular paint brands in response to what it calls a changing modeling market. Rust-Oleum, which owns Testors, recently announced that it was discontinuing its Model Master acrylic, Pactra spray and Aztek airbrush paint brands so that it could focus more on other products. 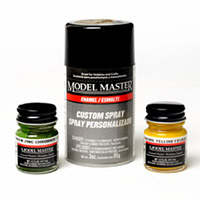 Spokesperson Vince Pierri said that demand for the discontinued brands has been on the decline for a number of reasons including “aging demographics, less interest among younger audiences and the fact that most model trains now come pre-painted.” While the company will no longer be producing those types of paint, Pierri said the company will remain dedicated to the model and hobby market.

“We will continue to support the hobby market with a robust line of aerosols, brush paints, tools and accessories and are always looking for opportunities to innovate in these categories,” he said.

A number of online retailers were still selling the discontinued paints this week. Pierri said it is hard to determine how much longer it will remain on the shelves at various retailers around the country.

Founded in the 1930s by Nils Testor in Rockford, Ill., Testors’ glue and paint products have been a staple of the hobby industry for generations.

This isn’t the first time modelers have had to change how they paint their rolling stock. In 2013, Testors discontinued the popular Floquil and PollyScale paints that had long been a staple of any model railroader’s workbench. However, there are still a number of options on the market today, including Rapido Proto-Paint, ModelFlex, AK Interactive, MicroLux, and Scalecoat.