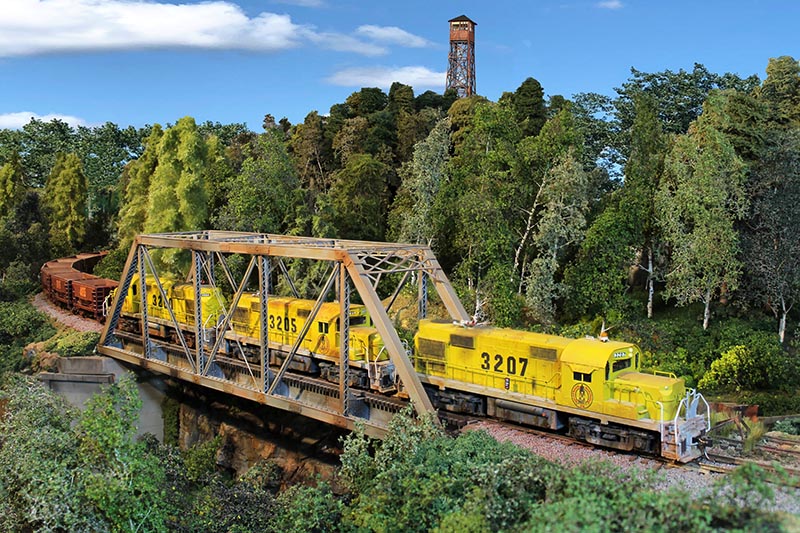 A trio of Alco RS-32s pulls empties north past the fire tower in the Superior National Forest on Thomas Gasior’s Splitrock Mining Company, a tribute to iron ore railroading in Minnesota. 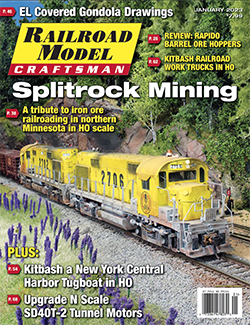 by Thomas Gasior, MMR/photos by the author

It was late July 1969. The midday sun warmed our backs while clouds floated past like ore boats on the Great Lakes. My friends and I were on a quest for those heavy iron ore trains that northern Minnesota is well-known for. Turning our car onto the road leading into the Superior National Forest, the pavement gave way to gravel, and our guide, a well-worn Rand McNally purchased on a past trip, showed we were nearing our goal. Armed with bug spray, a cooler of soft drinks, and plenty of Kodak slide film, we were on safari in search of rare Alco locomotives rumored to be nearby. We topped off the Buick’s gas tank at a town only slightly larger than a postage stamp.

There was no civilization where we were going besides a railroad right-of-way, loons, and our omnipresent state bird, mosquitoes. Then, only a few miles in, we struck pay dirt. No lights or gates, just a battered crossbuck. On the wooden post, worn from harsh Minnesota winters, those barely visible words were the sole reason for our sojourn north: Splitrock Mining Company. We had arrived at the legendary land of Alco diesels and heavy ore drags. With barely time to set up our cameras, the dun of bugs and birds was interrupted by that familiar chant of Alco 251 prime movers. 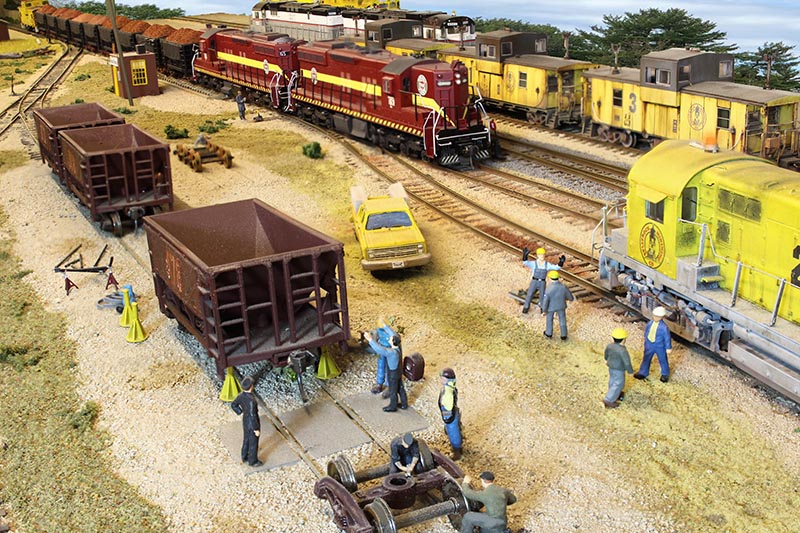 ABOVE: The daily Missabe interchange train brings in some Northern Pacific ore cars. The NP cars are from the Cuyuna Range and will be used to fill a customer’s special order.

In a heartbeat, those yellow behemoths rolled into view; ah, heaven. The engineer gave a friendly wave and then reached for the horn. Behind the locomotives came a seemingly endless string of maroon 24-foot ore cars, beating a staccato rhythm as the wheels hit the joints. The finale, of course, was a yellow caboose proudly emblazoned “Split Rock Mining.” As our cameras clicked away, the conductor tossed out a sheet of folded-up paper. Upon retrieving the note, we saw he had written the times for the following three trains. It turned out to be the start of a perfect day. We were hunting Alcos, photographing trains and sharing it all with pals.

Iron Ore Railroading
Splitrock Mining Company is my HO scale interpretation of the newly created iron ore railroads built in this region in the mid-20th century. These railroads were constructed in the mid-1950s as mines went from moving raw ore to taconite pellets all bound for steel mills on the lower Great Lakes. However, I wanted to go the opposite direction and simulate the transport of natural ore rather than pellets. This is because the ore from the Vermillion Range (located farther north and west of the better-known Missabe Range) was of such high iron content that it was unnecessary to process it into pellets. Instead, using modern mining techniques, the company would spend a bit more to extract the ore but save money on the processing costs inherent in making taconite. 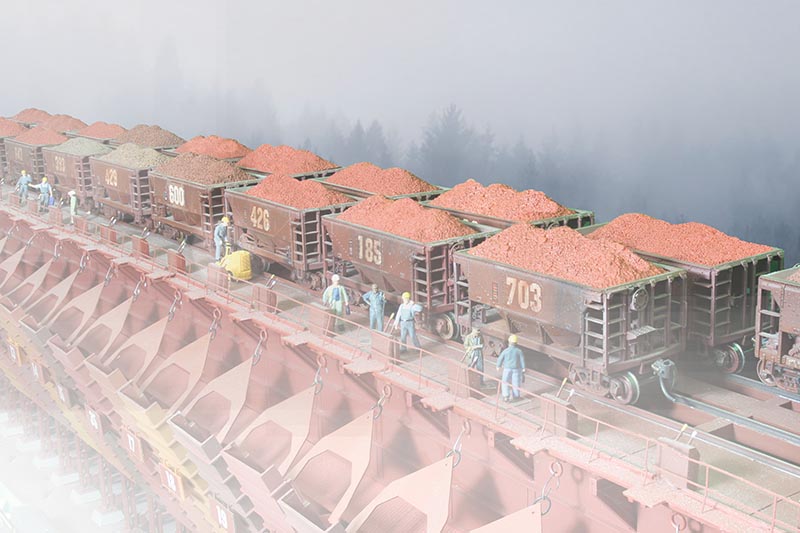 ABOVE: Heavy fog from Lake Superior has rolled in as dock workers are busy unloading cars. The yellow tractor is called a trapper machine, and opens and closes the bottom doors on the ore jennies.

I’ve visited northern Minnesota many times, railfanning the Duluth, Missabe & Iron Range, Reserve Mining, and Erie Mining (later known as LTV Steel). Those experiences left me wanting to model these types of railroads. I particularly enjoy switching and prototype operations, so I designed my layout with those in mind. By having the railroad haul ore instead of taconite, it became realistic to add the complexity of sorting and mixing iron ore to match the percentage of iron that customers ordered.

My second reason for choosing the Vermillion Range as the site of the mines is that I was able to eschew the vast, open-pit mines typical for the Missabe Range and instead have the SRMC serve underground mines. Thus, the mine structures needed for operations only require houses and loaders.

The layout fills three-quarters of a one-car garage. I used less space than available for time and cost considerations. Working for a prototype railroad means odd hours with no dedicated days off. I created the layout to be run by myself and to hopefully host operation sessions with up to three operators as my schedule allows. The plan has paid off in many respects. The size has been manageable for me in terms of construction, expense, and maintenance. I only needed a small roster of motive power and rolling stock by not investing in an extensive railroad. I could focus on painting and detailing each engine. Having small scenes also allowed more time and effort to create the look and feel of northern Minnesota…

Read the rest of this story in the January 2023 issue of Railroad Model Crafsman. Subscribe Today!