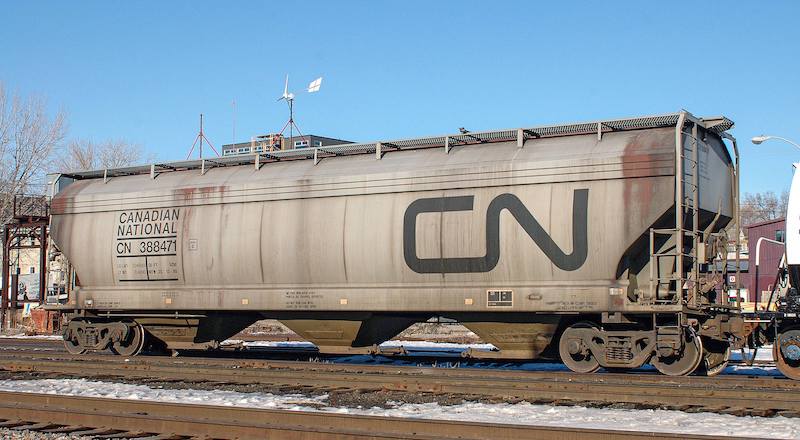 These large covered hoppers were purchased by Canadian National and others starting in 1995. Here is one in Burlington, Vt., in 2005. Photo by Gareth Bayer.

Prairie Shadows Model Railway Co. has announced it will be selling the Trenton Works 5250 cubic foot covered hopper for the first time ever in HO scale. The hoppers were used by Canadian National, Norfolk Southern and others.

Between 1995 and 1996, Trenton Works in Nova Scotia built over 1,000 of these cars for CN. The cars were popular because they could hold 500 cubic feet more than the average hopper at the time. Saskatchewan Wheat Pool also acquired some of the hoppers. Over the years, that first lot of cars have been sold to second owners, including the St. Mary’s Railway and Norfolk Southern.