Shortly after World War II, NYC began looking to replace its wooden cabooses with newer steel designs. In 1949, the New York Central turned to its subsidiary Despatch Shops Inc., in East Rochester, New York, to build a fleet of 100 bay window cabooses — 95 for NYC and five for subsidiary Boston & Albany. These cabooses were first known as Lot 782. In 1952, NYC turned to St. Louis Car Company to build another 200 cabooses for the railroad. These cabooses, built under Lot 827, followed the Despatch design and had riveted steel construction and offset bay windows. Many of these cars would later end up on NYC successors Penn Central and Conrail and redesignated as class N7 and N7A cabooses.

One of the New York Central bay window cabooses from Tangent Scale Models.

A year after NYC turned to St. Louis Car for new cabooses, Illinois Terminal did the same and ordered ten cabooses of their own based on the Lot 827 design. Some of these cars would end up on the Norfolk & Western when that railroad took over Illinois Terminal. 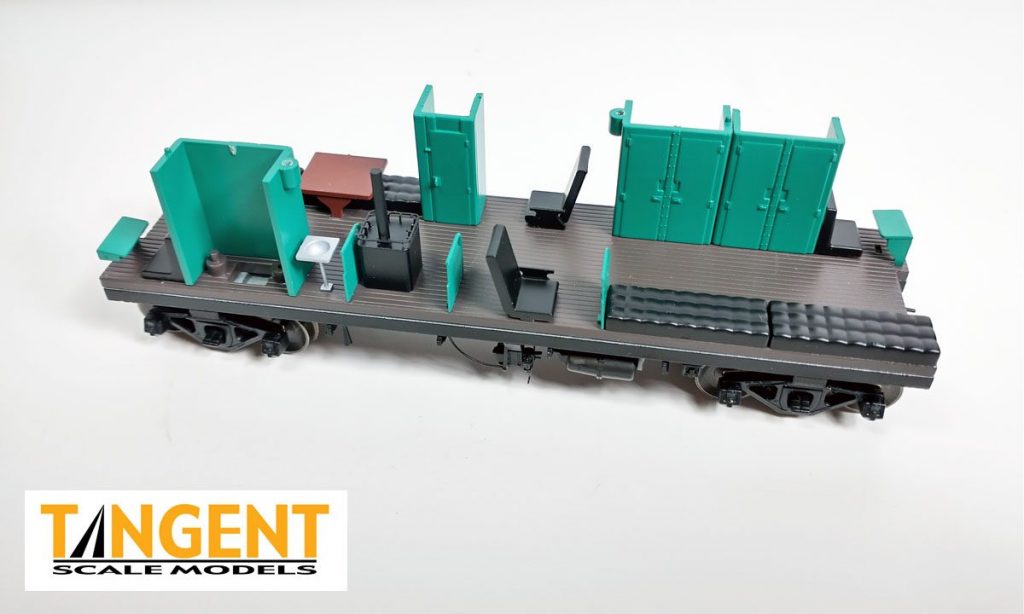