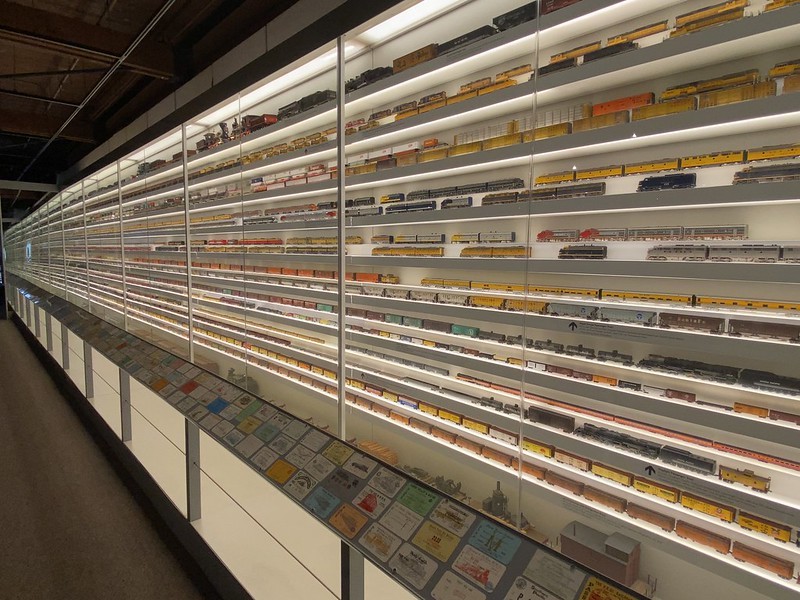 A display at the new Magic of Scale Model Railroading exhibit at the California State Railroad Museum. Photo Courtesy of NMRA.

SACRAMENTO, Calif. — The National Model Railroad Association has opened a new exhibit at the California State Railroad Museum dedicated to the history and contributions of the hobby. The display, dubbed “The Magic of Scale Model Railroading,” has been in the works for 16 years and was completed earlier this year. 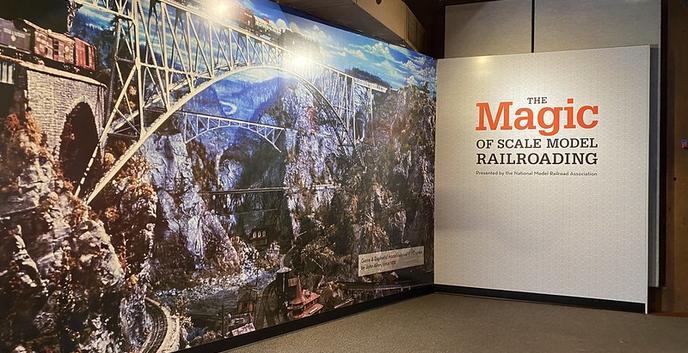 “The purpose of the exhibit is to explain our hobby to the public, educate them on its history, teach them how to become a participant, and provide information about the NMRA,” writes Charlie Getz, one of the NMRA members who spearheaded its creation.

The NMRA began looking to establish a model railroad exhibit back in 2004. While it had entertained going out on its own and opening a museum, that was deemed cost-prohibitive. The better option, they determined, was to partner with an existing museum. Institutions across the country were considered but they ultimately settled on CSRM, which had a space perfect for NMRA’s needs. The effort was besieged with delays due to challenges beyond their control but work finally began gathering materials and other supplies in 2017. Installation began in 2019, but was again delayed due to the pandemic. The exhibit was finally finished this winter. The creation and installation of the exhibit cost close to $1 million and were entirely funded with donations and grants.