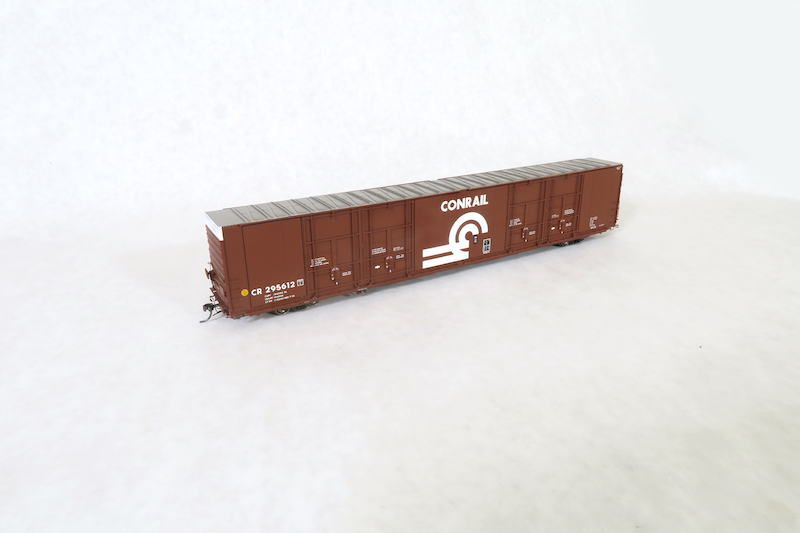 Tangent Scale Models has announced its first release of an all-new quad-door version of their Greenville 86’ High Cube Boxcar. The Conrail version is seen above.

During the 1960s, the most radical freight car designs employed the extreme height clearances offered by Plate F car designs. In 1964, no car type articulated this extreme more than the 86-foot, purpose-built “Auto Parts” boxcars. They became fixtures on the rails all over North American mainlines, riding hot trains to deliver components vital to the productivity of auto plants. While several car builders offered 86’ auto parts boxcars, the most prolific builder was Greenville Steel Car Company of Greenville PA. Greenville produced their Quad Door design in the 1969-1970 period to meet the expanding needs of GM and Oldsmobile production facilities. Like the Double Door cars, these Quad Door cars were acquired by many railroads, and they were assigned to pools where cars from multiple railroads served a specific shipper. 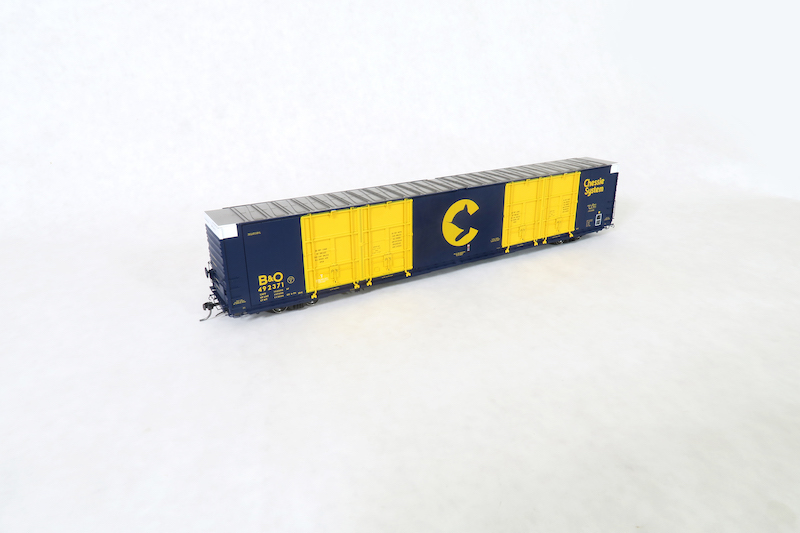 For this inaugural release of these quad-door Greenvilles, six new paint schemes along with two undecorated versions are offered as follows:

Each RTR car is priced at $56.95 each, while undecorated kits are $48.95 each.  Available Available now for purchase from your favorite dealer or direct. Cars will ship beginning February 11. 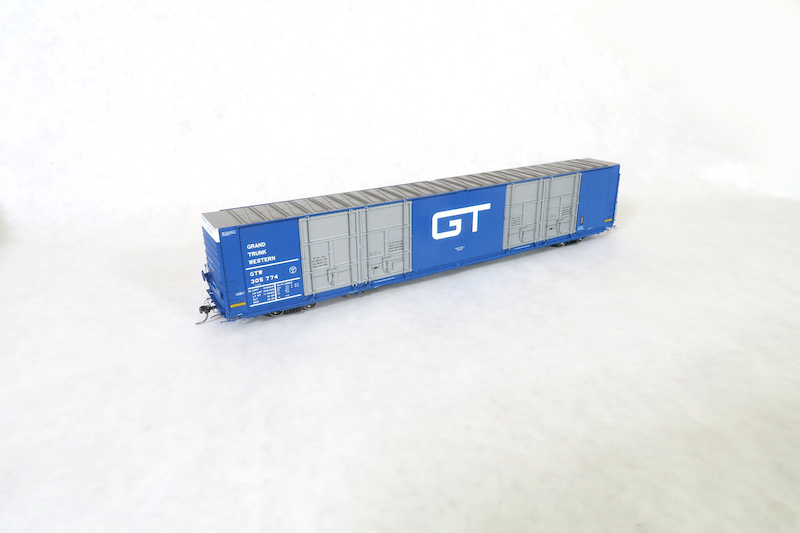