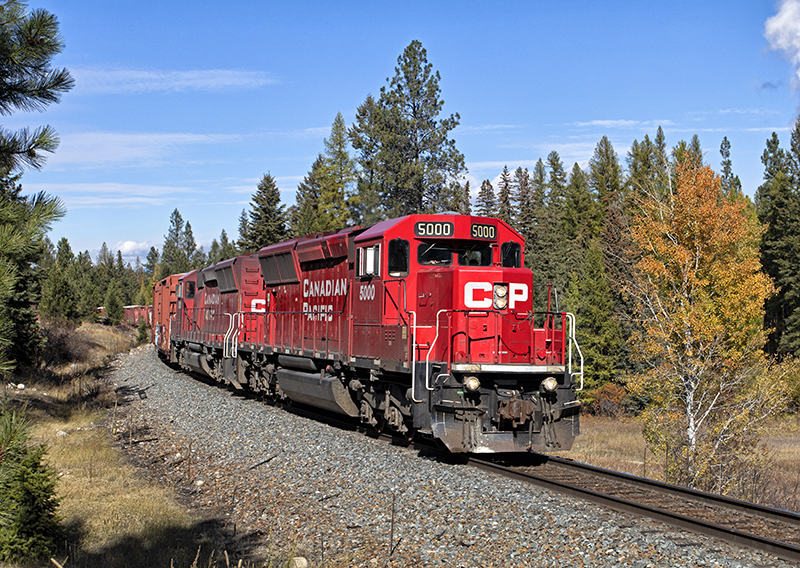 A pair of SD30C-ECOs, led by class unit CP 5000, are in charge of the Golden to Cranbook, British Columbia wayfreight at Skookumchuck in October 2018. Photo by Justin Franz.

CP’s first order of SD30C-ECOs was for twenty locomotives numbered 5000-5019. CP sent retired SD40-2 locomotives to EMD/Progress Rail’s Mayfield, Kentucky plant for the rebuild program. EMD used the frame, trucks, forward section of the long hood and many internal components from the retired SD40-2 locomotives for this rebuild. A new cab and fuel tank were fabricated by EMD to meet current crashworthiness standards earning the SD30 the “C” designation. 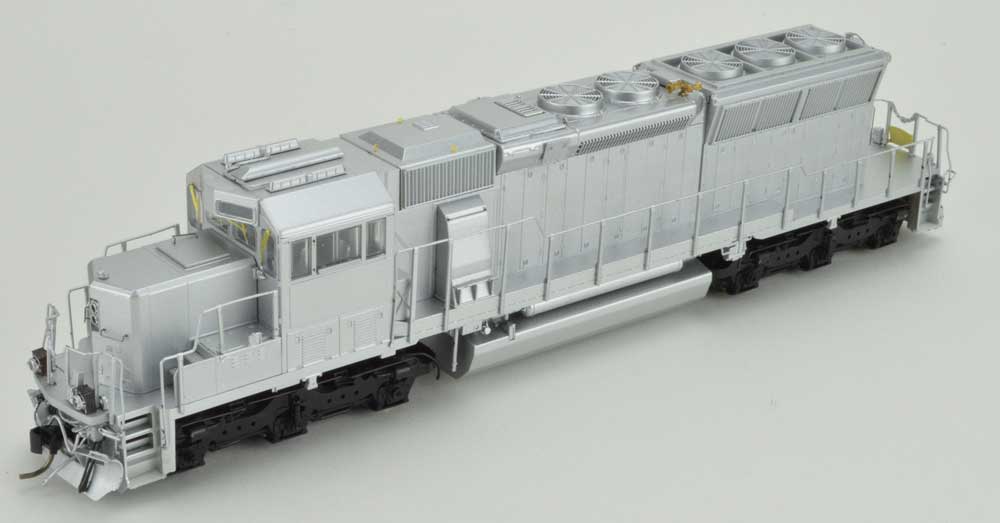 An early development sample of the new Canadian Pacific SD30C-ECO in HO scale from English’s Model Railroad Supply.  Production models will feature further refinements. The locomotives start with SD40-2 frames, trucks and part of the long-hood, but feature new nose, cab and rear.

The first batch of twenty SD30C-ECOs was completed by January 2014. In January 2015, CP ordered an additional thirty units which were numbered 5020-5049, but remanufactured in Mexico. Unlike CP 5000-5019, this second group was delivered with ditch lights mounted above the anti-climber along with a different radio antenna array amongst other external changes from the first group.

All SD30C-ECO locomotives were created from a wide range of SD40-2 donors of various production phases originally built by either GMD of Canada, or from EMD in La Grange, Illinois. SD30C-ECOs rebuilt from US-built EMDs have large stepwells, while SD30C-ECOs of Canadian origin retain their original vertical stepwells and Canadian-style handrail configurations.

English’s Model Railroad Supply – a division of Bowser Trains, has announced that they will be producing SD30C-ECOs for HO scale. Each model will reflect the numerous spotting differences reflecting each units’ lineage as well as the all-new large flared radiator section, new crash-resistant fuel tank and other external changes applied to each SD30C-ECO appropriate for each road number.  Twelve different road numbers will be offered, either DC/DCC-ready for $239.95, or DC+DCC+Sound versions with factory-installed ESU Loksound 5 for $339.95 each.  To reserve, contact your favorite dealer before 3/31/2022.  Delivery is currently scheduled for 2023. 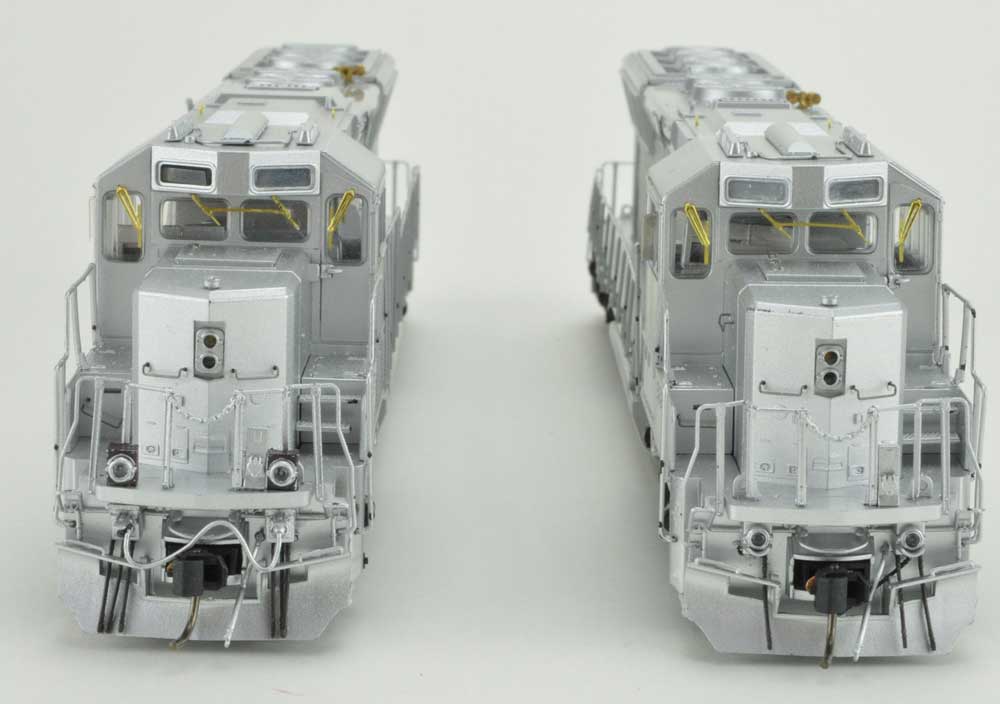 Early versions of the SD30C-ECO featured ditchlights below the anti-climber (right), whereas the second batch had the ditchlights above it.