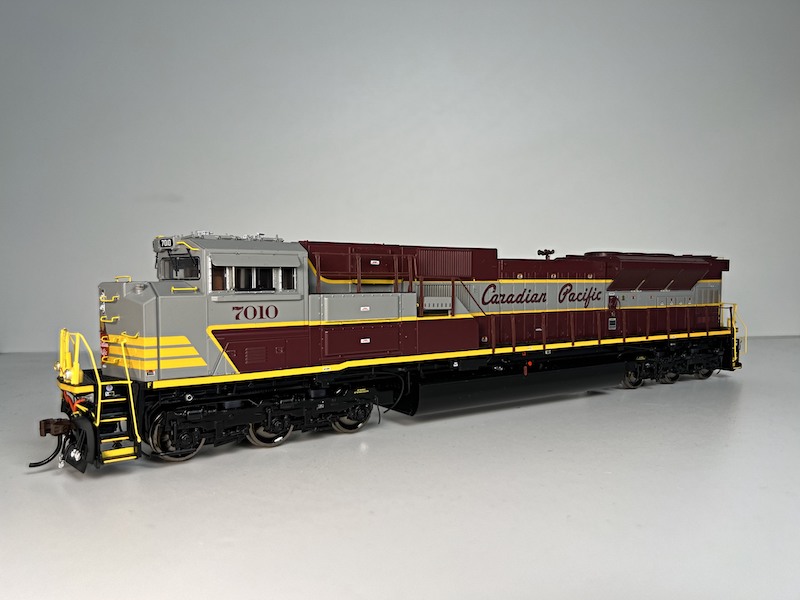 Athearn has now delivered on its promises with HO scale EMD SD70ACUs as part of its premium Genesis 2.0 product line.

Responding to innumerable requests for this popular locomotive, Athearn has now delivered on its promises with HO scale EMD SD70ACUs as part of its premium Genesis 2.0 product line.

In 2013, Norfolk Southern embarked on an ambitious plan to rebuild 110 former Union Pacific and CEFX SD9043MACs with the latest technology. The original cab and electrical cabinet were replaced with a new EMD SD70ACe style isolated cab with an AAR-style control stand, and an electrical cabinet with all-new Hitachi electronics, and more. Following the NS’s lead, Canadian Pacific Railway contracted with Progress Rail to also upgrade their long-stored fleet of 58 surviving SD9043MACs to SD70ACU specifications beginning in 2015.

As SD70ACUs are built on the same frame as the SD80/SD90MAC family, each SD70ACU measures a full 80 feet, 2 inches in length. These units are among the longest single-engined diesel-electric locomotives in North America.

On September 16, 2019, Progress Rail rolled out the first of ten SD70ACU rebuilds in Canadian Pacific heritage paint schemes. CP 7010 to 7014 are painted in the Tuscan red and gray paint scheme with script lettering that was used between 1960 and 1968. Units numbered from 7015 to 7019 wear a similar scheme but with serif lettering as used between 1949 and 1959. On November 11, 2019, five units in commemorative military schemes were unveiled during a ceremony held on Canada’s Remembrance Day. CP has since acquired two additional SD9043MAC cores from the Union Pacific to create a fleet of sixty SD70ACUs.  Liveries for this initial release include Norfolk Southern (horsehead), and Canadian Pacific in the paint schemes listed above. 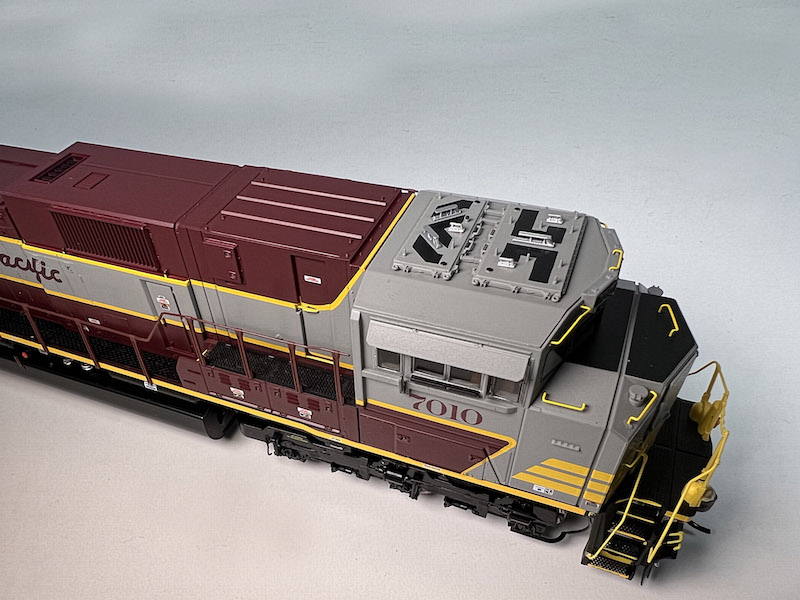 Athearn’s model of these lanky locomotives feature full LED lighting, including illuminated headlights, ditch lights front and rear where appropriate, number boards, ground lights above the front trucks, etched see-through steps, dual-cube speakers for sound-equipped units and a host of detail variations specific to each railroad. The suggested retail price is $249.98 for the DC/Silent/DCC-ready models, while DC+DCC+Sound units equipped with Soundtraxx Tsunami2 are $339.98. The units are now available at your favorite hobby dealers while supplies last.

Watch for a full in-depth product review on this beautiful locomotive soon to come in RMC’s Test Track Column! 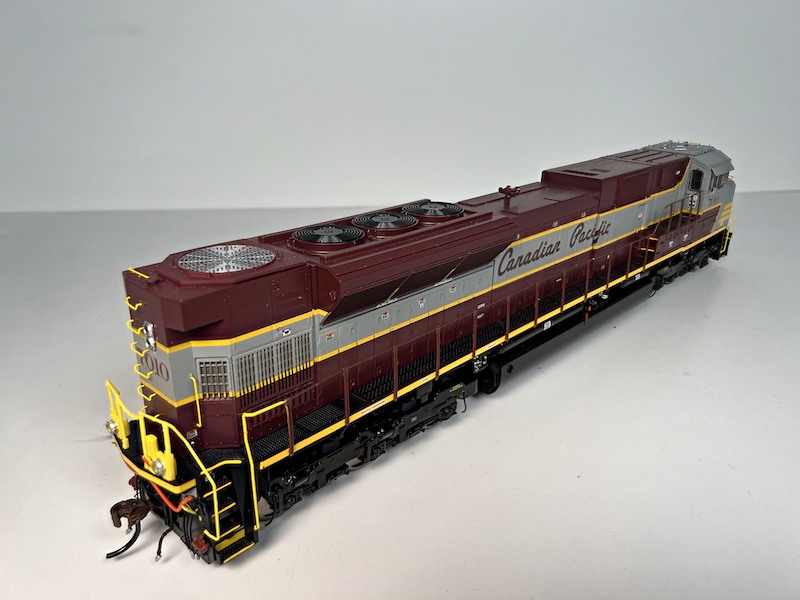 The compartment behind the flared radiator section houses the dynamic brake grids and a 52-inch diameter cooling fan for the dynamics.