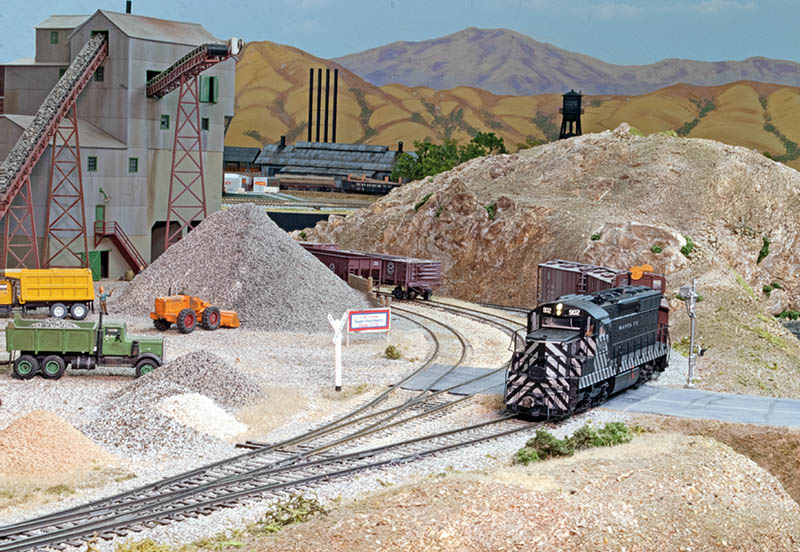 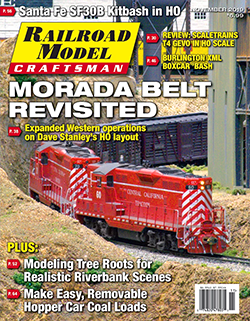 By Dave Stanley/photos as noted

“SP 6455, you’ll be at Lake Davis for a short timer running against you. Call me after you see GN 217 and I’ll issue a new order to get you up to Ridgewood. Dispatcher out.” The Great Northern running on the Morada Belt Railway? What’s up with that?

The concept of the Morada Belt revolves around the idea of a fictional railroad, built west from Nevada into California in the early 1900s, only to go bankrupt during the Great Depression. Reorganization in the 1930s created a flourishing railroad co-owned and maintained by the “Big Four” of Western carriers, including Santa Fe, Southern Pacific, Union Pacific, and Western Pacific. These roads utilized the Belt to reroute trains when their own lines were congested, paying by the ton/mile as they went. In addition, ATSF, SP, and WP alternate switching chores at both Junction City and Morada classification yard. Each offers local service to customers along the route as well.

My theory for operating “strange” colors is that the Interstate Commerce Commission allowed interested railroads access to local business on my fictional Morada Belt as a condition of its reorganization. Several carriers, including Burlington; Rio Grande; Great Northern; Milwaukee Road; Northern Pacific; Rock Island; and Spokane, Portland & Seattle jumped at the chance to expand their customer base, only to realize financial losses a decade or two after implementing service on the MBRy. Abandonment requests have been repeatedly denied by the ICC and the local freights continue to trudge west to service a dwindling handful of shippers.

Sugar beets destined for the mill at Sheldon on the Westside Branch roll west into the Acampo siding to allow higher priority traffic to pass. Espee Alco RS32 7305, an Atlas product, is paired up with a Black Widow GP9. —Pat Davis photo

Keeping this perspective in balance means not flooding the railroad with more than two “visiting” lines per operating session. Switch lists are marked to reflect which carrier will be doing the work that day. Additionally, local short lines (Amador Central, Central California Traction, Sacramento Northern, and Tidewater Southern) travel across the Morada Belt, from Stockton (staging) to Junction City, to interchange cars destined for points served by Santa Fe, Southern Pacific, Union Pacific, and Western Pacific.

International traffic from Canada is another new addition to MBRy’s traffic base. Introduced by one of our new operators, Ted Benson, the “CALMOR” departs Calgary, Alberta, on the Canadian Pacific. Crossing the border into Eastport, Idaho, CP power remains with the train as it travels south on the Spokane International, eventually arriving Palisade (staging) via UP’s line from Twin Falls, Idaho, to Wells, Nevada. Upon arrival at Morada Yard, cars are switched out and delivered to industry by the CP Belt Local. A leased Spokane International Alco RS1 is held captive at Morada roundhouse for this assignment. 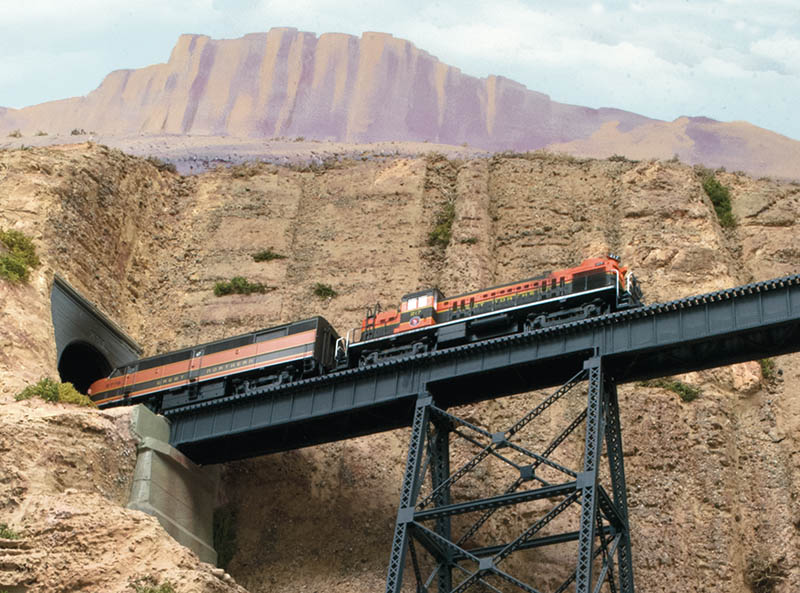 Since my last article (“The Morada Belt Railway,” January 2014 RMC) the layout has been expanded to include the upper return loop at Ridgewood and an extension of the Westside Branch. These two segments complete the railroad for full operation. Even better is the fact that virtually all of the scenery on the Morada Belt has been finished. This allows time for the construction of the remaining structures, such as the sugar mill and oil refinery, two industries on the Westside…

Read the rest of this article in the November 2019 issue of Railroad Model Crafsman!