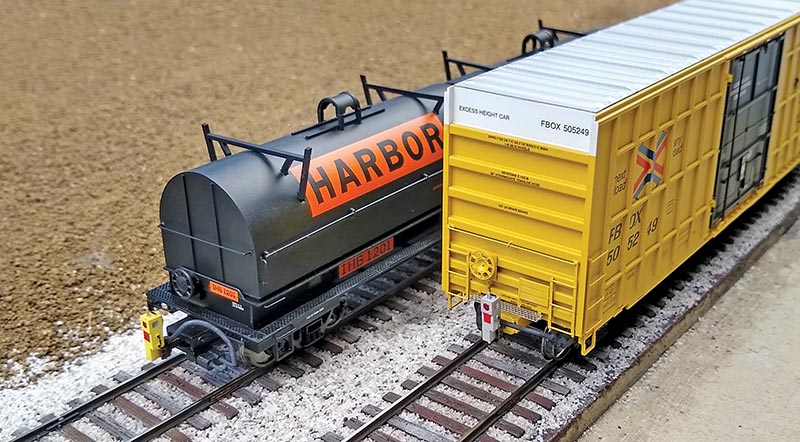 Why not add flashing removable end-of-train (EOT) devices to several of your modern freight cars? It’s not as difficult as you may think. 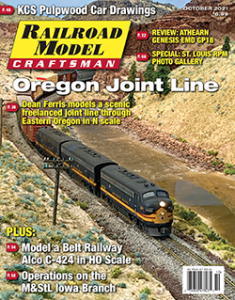 By Scott Thornton/photos by the author except as noted

Since cabooses were phased out from most American railroads in the 1980s, the end-of-train device (EOT) has become ubiquitous on the rear ends of trains all across the country. They perform important functions on modern trains such as monitoring the air pressure of the brake lines, as well as flashing a red marker light to indicate the end of a train. EOTs were first used in the late 1960s and by the mid-1980s were standard equipment on a caboose-less train.

On my small branch line layout, I normally operate short trains consisting of two to eight cars. During daylight operations the EOT device is normally a simple red flag attached to the open end of the last car. But on dark, overcast days, or during night operations, an electronic EOT device is required.

Modeling a working EOT device is easy with some of the available products on the market, but virtually all of those products are not easily removed from a car. Most of the commercial EOTs are hardwired to a truck assembly which makes them basically stationary.

I wanted a flexible approach where I could easily move a working EOT from one car to another. I also wanted a system that is fairly economical so that I could use several cars in my fleet for variety. Lastly, I wanted to use available components to support cottage industries in our hobby while also inspiring other modelers to add working EOT flexibility to their operations. 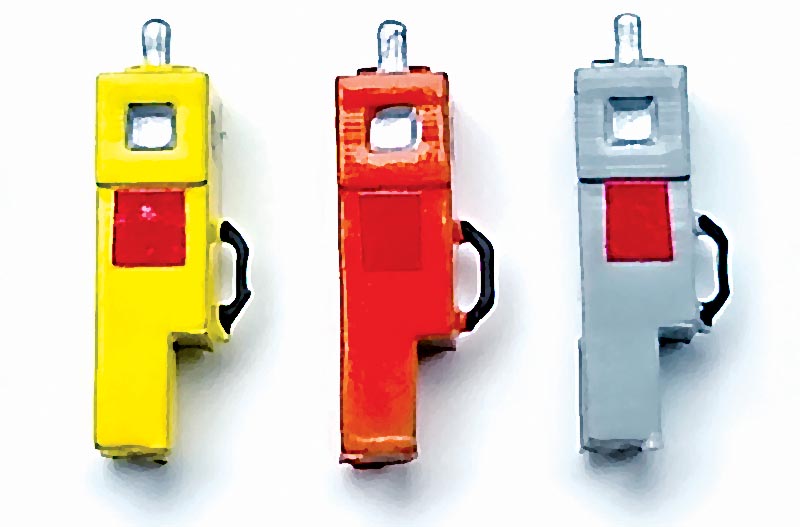 Assembly
The first order of business was finding a good quality EOT model that not only looked prototypical, but also would attach well to my coupler of choice. Since I use metal Sergent couplers which are to scale (HO) and highly prototypical, I was a little concerned that I might not find something commercially available and perhaps would have to 3D-print my own version.

To my pleasant surprise, and relief, I didn’t have to look far as I found the perfect model offered by MAC Rail Products. MAC Rail makes a variety of high-quality detail parts including several different types of EOT models. I contacted the owner to see if he had an option for the Sergents which, unfortunately, he didn’t, but he was more than happy to develop a modern EOT to fit my needs. Perfect!

Now that I had a good model of a modern EOT, it was time to see if I could find appropriate electronics. I needed a small, flashing red LED that repeats at a rate close to the prototype, a battery to power the LED, an on/off switch, and some microconnectors. All these components had to be small in order to hide them on each car. After experimenting, and failing, with several options that I found online, I came across everything I needed through a company called Evan Designs. 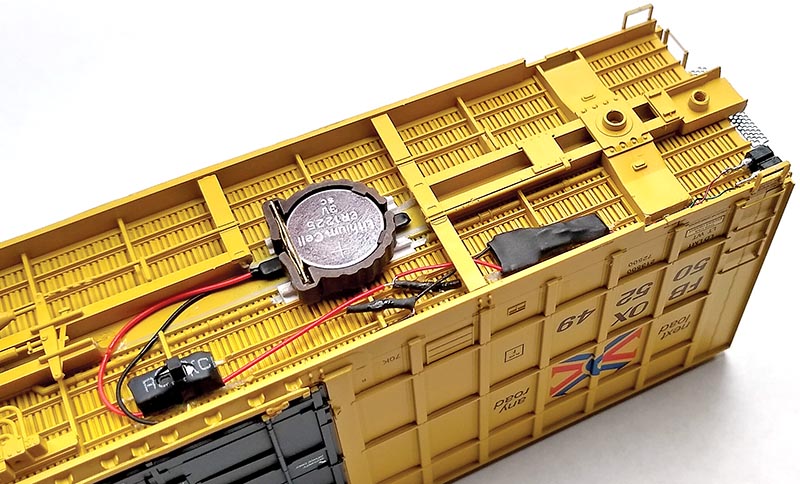 Evan Designs is a small company that sells LEDs and other electronic items that help modelers animate their creations. They have a slow flashing module that repeats at very close to a prototypical rate, and it comes pre-wired with a proper resistor for the LED chosen. They offer the module with a microswitch along with a variety of LED sizes to choose from. In addition, the microconnectors and magnet wire I needed were also available. I chose a Pico-sized LED which measured 1mm across.

Adapting to Different Car Types
On my branch line there are quite a few different car types for the industries served. Two of the larger customers are a steel warehouse which receives steel coil cars, and a corrugated box manufacturer who receives boxcars. I’ll be applying the electronics to these two types of cars to show different approaches to integrating the electronics. Let’s get started!

Read the rest of this article in the October 2021 issue of Railroad Model Craftsman. Subscribe Today!