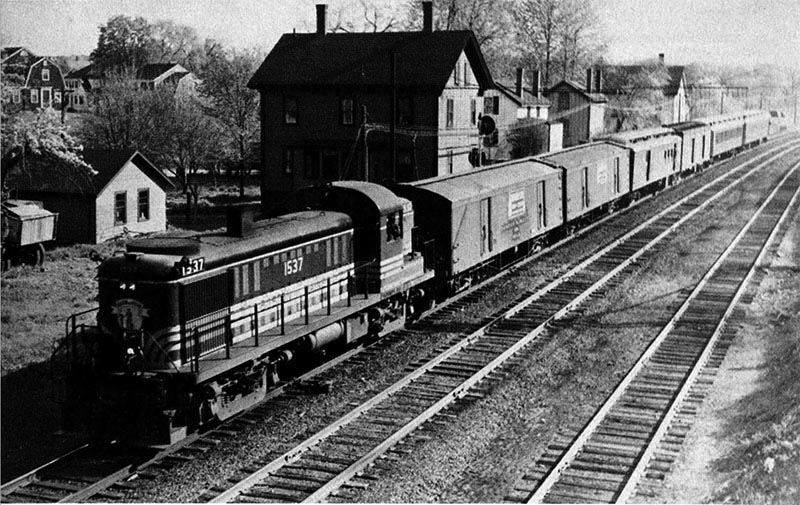 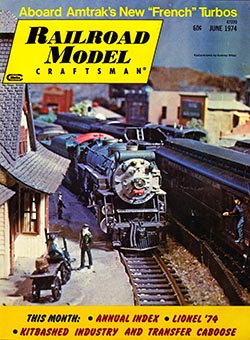 By Chuck Yungkurth/photos as noted

Milk traffic formed an important part of the railroad business for many years. Creameries were located in many small towns in the dairy regions of New York, Pennsylvania, and the New England States, as well as in many other parts of the country. Special milk cars were built and used up until the mid-fifties, and solid trains of milk cars were run by railroads such as New York, Ontario & Western; Delaware, Lackawanna & Western; Erie, and Rutland to name a few. The variety of equipment as well as the type of operation possible makes milk traffic an interesting addition to most model railroads. Books such as Eastern Steam Pictorial, Erie Power, and The O&W Story provide background material for modeling milk trains. Of course, if your taste runs to low-nose diesels and hi-cube cars and you want to be strictly prototypical, you’re sort of out of luck. These modern innovations in railroading appeared after the demise of the milk car and milk train.

On the major Eastern railroads, milk trains consisted of up to 20 milk cars with an old coach or combine on the end for the train crew. Since the train literally stopped at every gate post and small hamlet, it usually also functioned as a local passenger train. Railroad stories and anecdotes are full of “milk runs” where passengers endured trips at what seemed like a snail’s pace while the train made innumerable stops to pick up milk cans and milk cars. Often stops were made in isolated areas to pick up a few milk cans from a farmer at a grade crossing or milk platform. As the milk business on the rails dwindled due to highway competition, mail and express was frequently assigned to these trains. Hence, the typical milk train at the beginning of dieselization consisted of six or eight milk cars, an express reefer or two, maybe four mail storage cars, and the always-present old coach on the end. 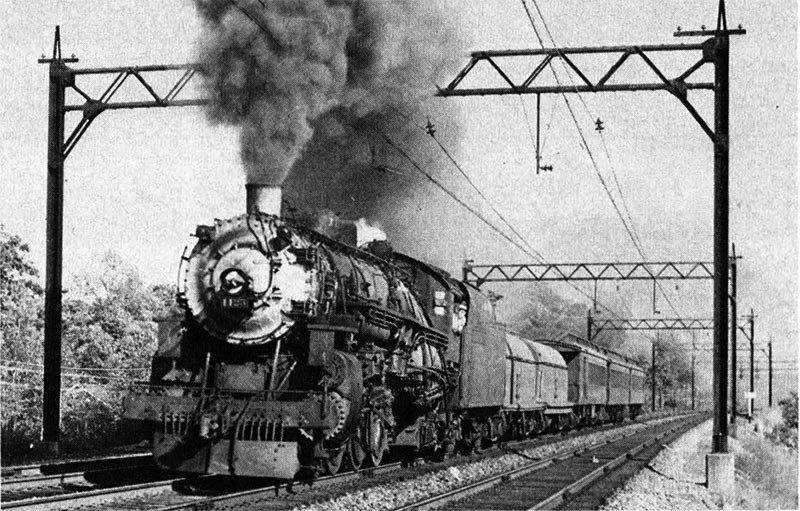 ABOVE: A Lackawanna Pacific was typical power for that road’s milk trains, even under the commuter district’s catenary wires. Borden milk cars tucked behind 1125 are offered in HO scale by Nickel Plate Products. —Jesse Wilson photo

Milk was also an important commodity on short lines such as Maryland & Pennsylvania, Huntington & Broad Top, and Unadilla Valley. On these short lines, milk was hauled in milk cars on scheduled trains to junction points where the cars were turned over to main line roads for shipment into major cities. The milk cars were often handled on freight trains on short lines. A not uncommon sight on a branch line was a milk car cut in behind a gas-electric.

Milk cars were both furnished by the railroad companies and owned by dairies or car leasing companies. Many private owner cars had colorful painting and lettering schemes which make them interesting pieces of rolling stock on model railroads. Railroad-owned milk cars were almost always unique in design and were frequently built in the company shops. Milk cars were generally used on trips of ten or twelve hours duration, so re-icing from platforms was not required as in the case of the conventional refrigerated freight car. More modern privately-owned cars were of steel construction and used glass-lined tanks to hold bulk milk: The milk was chilled prior to loading in the tanks, and the insulation kept it cool until the car arrived at its destination. A few dairy companies had special flat cars which were equipped with passenger trucks, steam and signal lines, and other passenger train appliances. These were used to carry two tanks which could be transferred from a truck to the railroad car – sort of an early day containerized service. The Borden Company had some very distinctive milk tank cars which had sloping ends and a smooth, curved roof which blended into the car sides; it has been available in model form (HO).

There is confusion in some modeler’s minds about the difference between a milk car and an express-refrigerator car. Actually, the differences are not always clear-cut. The express reefer is a general purpose car used to carry highly perishable commodities long distances in passenger trains. They usually have roof ice hatches and conventional outward-hinged refrigerator car doors. More modern express refrigerators have plug doors. All have high-speed trucks and are owned by railroads or express companies. Express reefers are often seen in hot-shot freights or empty in regular freight trains. However, milk cars were built to haul a single commodity short distances on scheduled routes. As previously mentioned, they usually did not have roof ice hatches for stage icing. Often they had doors which opened inward instead of the typical outward hinged refrigerator car doors. There is no clear dividing line between the two classes of cars, but some are obviously milk car while others are clearly express reefers. A lot of cars fall into a gray area between the two types. It is possible that some railroads may have built one class of cars to be used in both kinds of traffic…

This article appeared in the June 1974 issue of Railroad Model Craftsman, available as a free download.