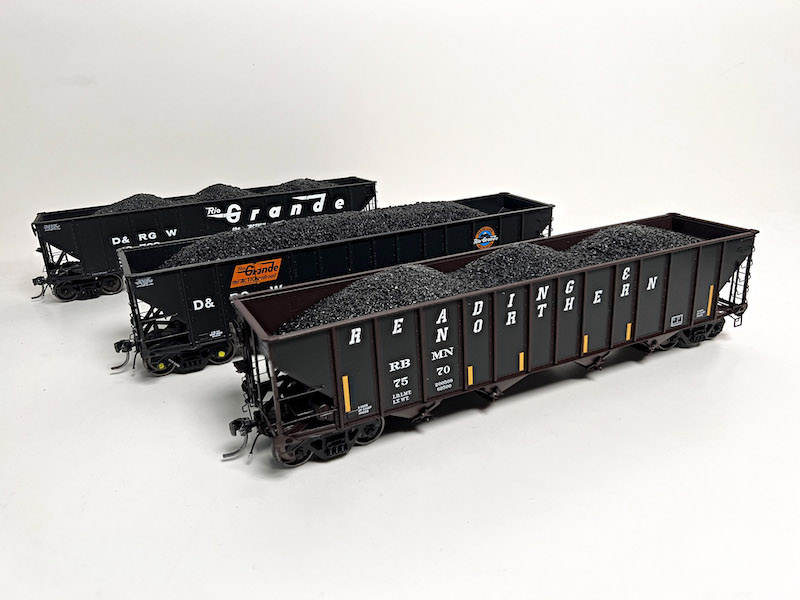 Seen by many as the “quintessential Western coal hopper of the modern era,” D&RGW and others took delivery of thousands of these cars between 1964 and 1980.

The Bethlehem 3483 cubic foot 4-bay open hopper in two Denver & Rio Grande Western Railroad number series and several new paint schemes is now available from ExactRail. Seen by many as the “quintessential Western coal hopper of the modern era,” D&RGW and others took delivery of thousands of these ubiquitous hopper cars between 1964 and 1980. Liveries for this new run of Bethlehem 3483 hoppers include:  Reading & Northern (placard repaints and patched panel versions), Rio Grande “UP Repaint 12272” with D&RGW heralds, Chicago & North Western “1980 Repaint”, and Denver & Rio Grande Western in two number series –  “3-1974 As-delivered” cars in the D&RGW 16160-16271 series and for the first time, the D&RGW 19645-19944 number series representing the group of cars delivered in December 1978. Undecorated kits are also available. 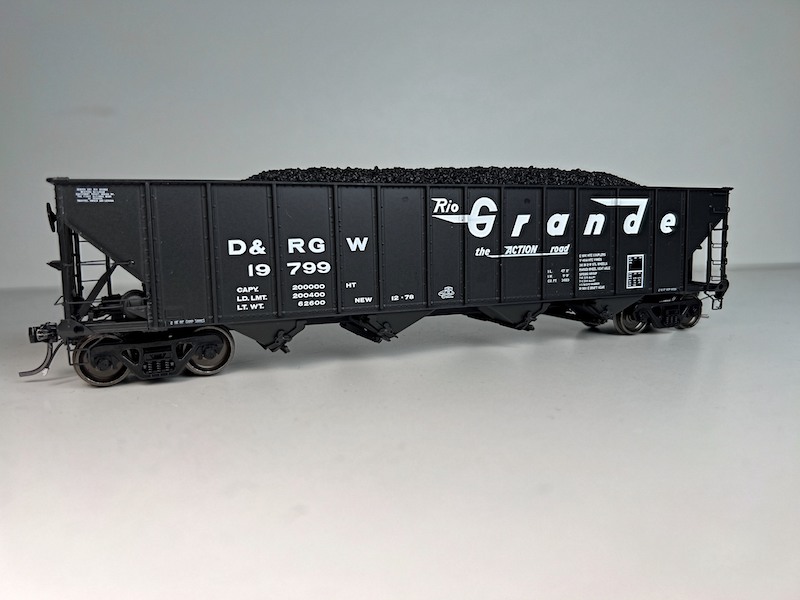 This production of Bethlehem 3483 open hoppers includes, for the first time,  cars from D&RGW’s 19645-19944 number series, which were delivered to the Rio Grande in December of 1978. 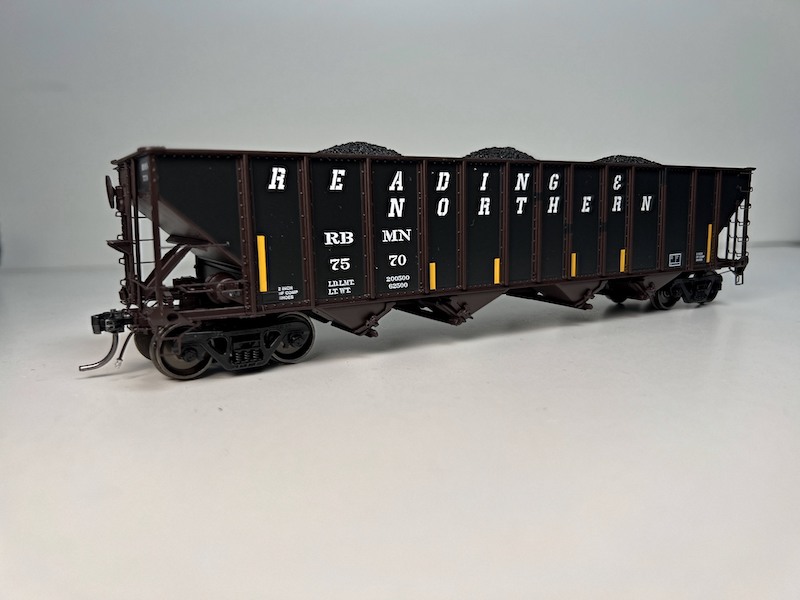 The Reading & Northern acquired many former D&RGW Bethlehem 3483 Hoppers from Union Pacific in the 2000s. Many of these cars received an unusual partial repaint where only the panels were patched over on the car sides. RBMN 7570 is one such example.  These cars can be seen often on the RBMN as well as on the Norfolk Southern and even further afield. 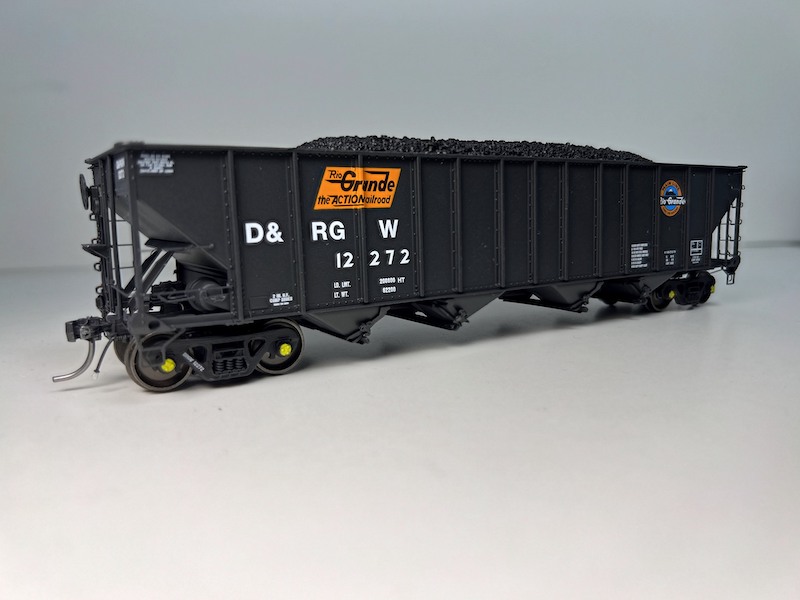 D&RGW 12272 represents a former D&RGW car repainted by the Union Pacific with two styles of classic logos and heralds from the Denver & Rio Grande Western. 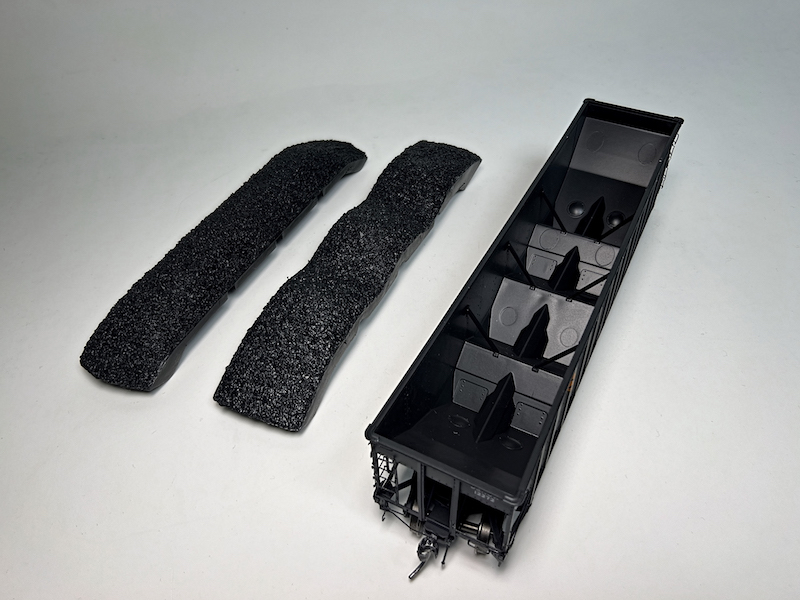