Demonstrator SD60s EMD 1-4 spearheaded the product launch for EMD’s brand new 60-series locomotives in 1984.  Alongside is EMDX 9033, a lease unit wearing a simplified version of the demonstrator paint scheme.

Athearn Trains has released a new production of HO scale EMD SD60s in a multitude of paint schemes. Headlining this release are two of the most eye-catching liveries ever to adorn the sides of these 3,800 horsepower road locomotives – Electro-Motive’s 60-series demonstrator scheme and a simplified version of the scheme as applied to Oakway’s SD60 fleet that was leased to the Burlington Northern.

In 1984, the Electro-Motive Division of General Motors launched the 60-series locomotive product family. The 60-series introduced intelligent microprocessor control for numerous locomotive functions for EMD, partnered with a brand-new 710-series prime mover derived from the prior 645-series powerplant. The 60-series was offered in both four-axle B-B and six-axle C-C configurations as the GP60 and SD60 respectively. Twelve cylinder versions were also cataloged, but of those, only the GP59 was produced. Broadside view of EMDX 9033. After a number of years, the ownership of these 100 lease units was transferred from Oakway Leasing to EMD.  Horn placement later moved from behind the dynamic brake housing to the center of the long hood as seen on Athearn’s rendition of EMDX 9033.

As part of the product launch for the 60-series, EMD debuted an all-new blue and white paint scheme for its fleet of ten demonstrator locomotives that barnstormed various railroads across the continental US. Of the ten demonstrators, four were SD60s, along with three GP60s and three GP59s.  SD60 production concluded in 1995. 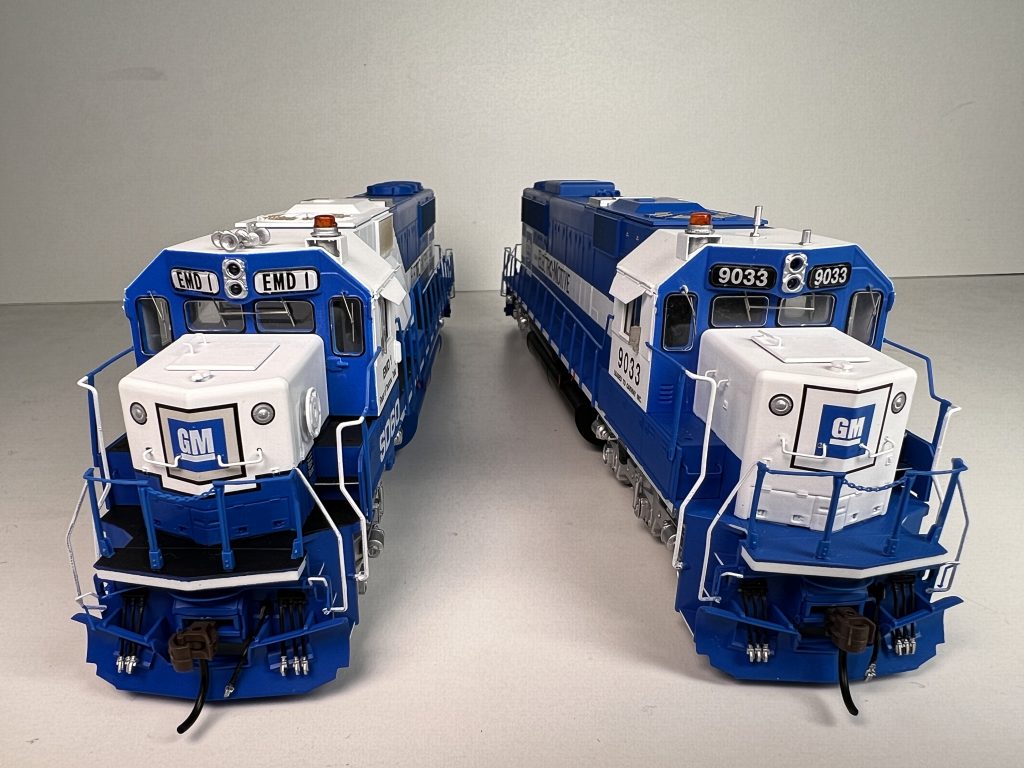 DC+DCC-ready SD60s retail for $159.98 each, while DC+DCC+Sound versions equipped with Soundtraxx Econami sound carry a $229.98 MSRP.  Available now from your favorite dealer or direct.