By Harry K. Wong/photos by the author

Our associate editor attended the 15th Annual San Francisco Bay Area Prototype Modelers Meet on Saturday, June 16, in Richmond, Calif. Located about twenty miles northeast of the Golden Gate Bridge, this gathering is known simply as “BAPM” to the locals here. As with most railroad prototype modeling events, the goal of the meet is to provide a venue where modelers can display their work and share tips and techniques with each other. The following is a short recap of just a few of the models on display. Thanks to all of those who attended and supported BAPM 2018! Watch for additional coverage in an upcoming issue of Railroad Model Craftsman! 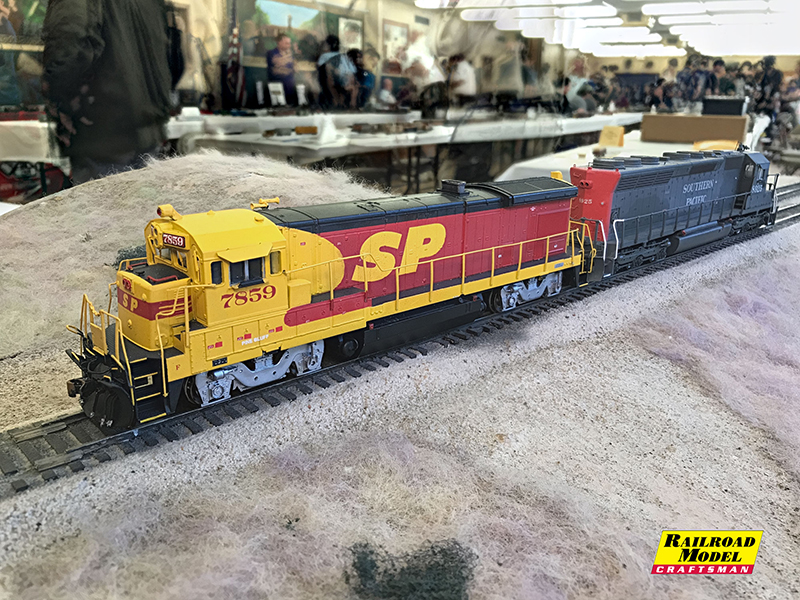 Rickey Hall reworked an HO-scale Atlas GE to Southern Pacific specifications to create this B30-7 painted in anticipation of the ill-fated SPSF merger. 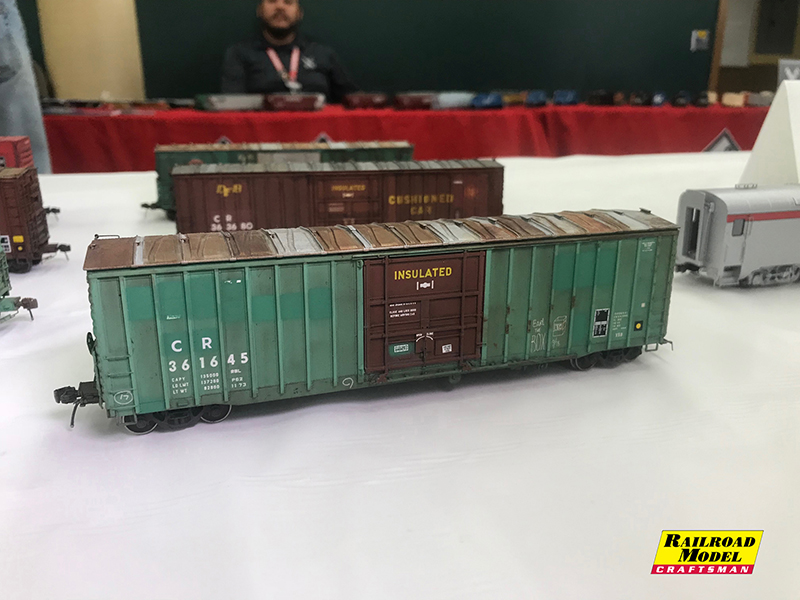 Alvin Ho designed, printed and constructed these intricate NRE Genset switchers in N-scale. The switchers also include photo-etched details which Alvin also designed. To the right is Alvin’s handiwork representing a Union Pacific CCRCL remote control trailer based upon an Atlas N-scale B30-7 model. 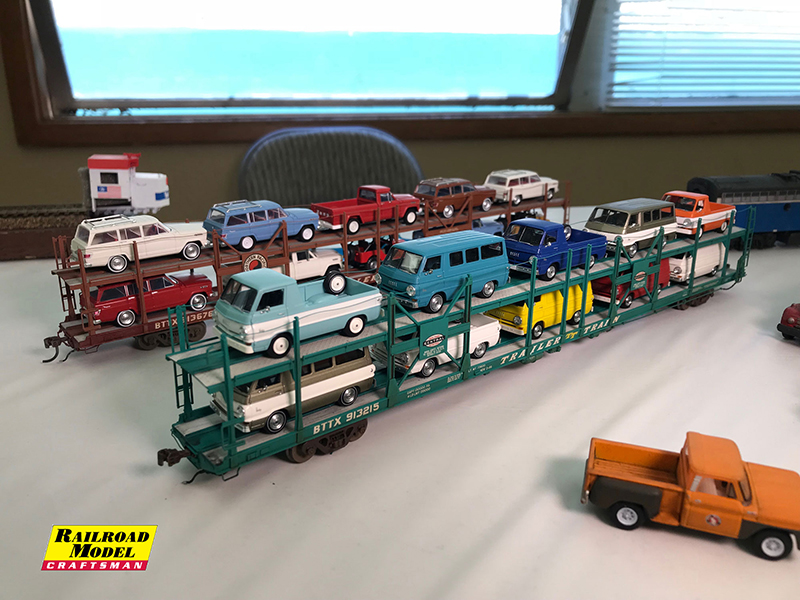 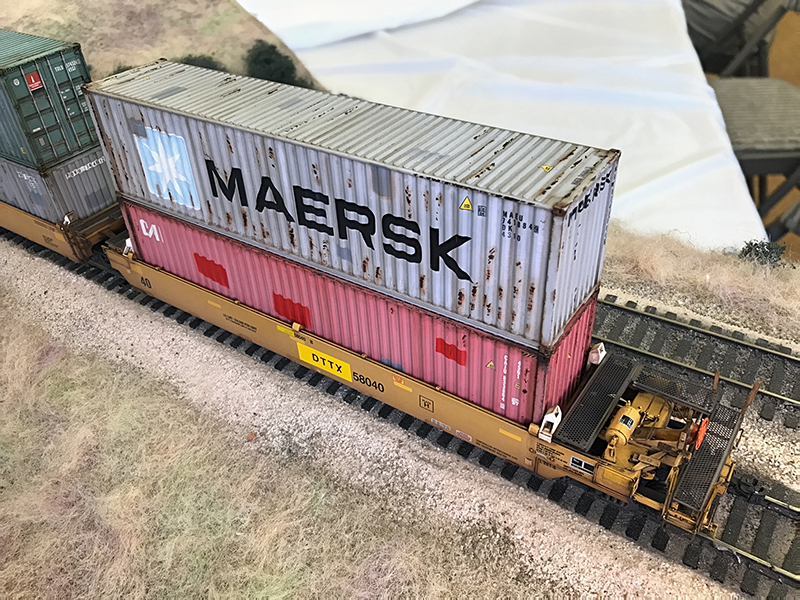 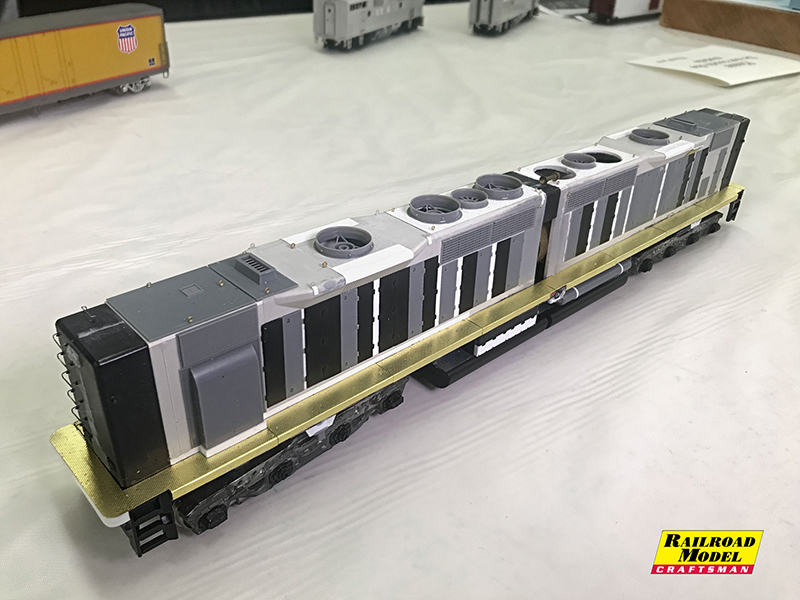 Unlike traditional modeling displays, railroad prototype modeling meets strongly encourage the display of models still in progress. Here is an example – a HO Scale EMD DD35 constructed with diesel components from Cannon & Company and others. Model by Clyde King. 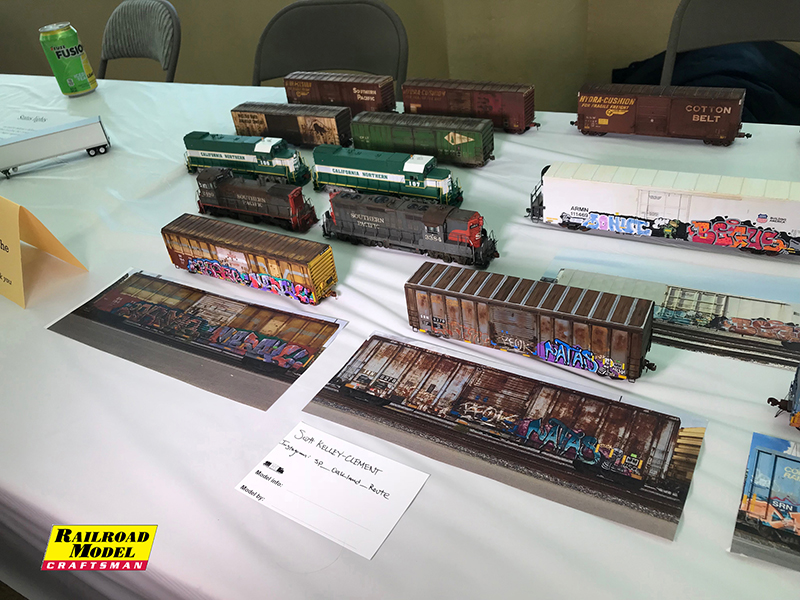 Scott Kelley-Clement attended BAPM for his first time and brought along an array of nicely weathered HO-scale models that he has been working on. 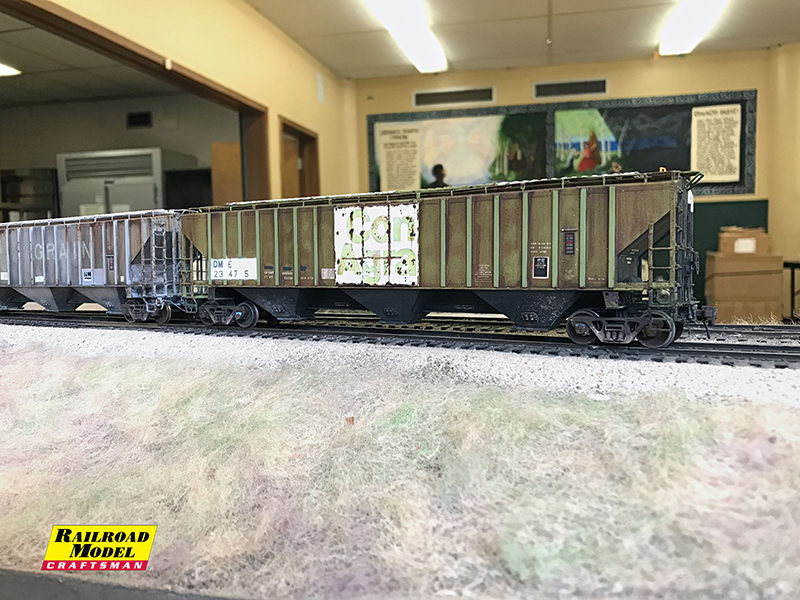 Butch Eyler journeyed out from his home state of Pennsylvania to share his intricate weathering work with this Dakota, Minnesota & Eastern covered hopper. His starting point was a HO Scale ConAgra Pullman-Standard PS4750 Covered Hopper from Tangent Scale Models. 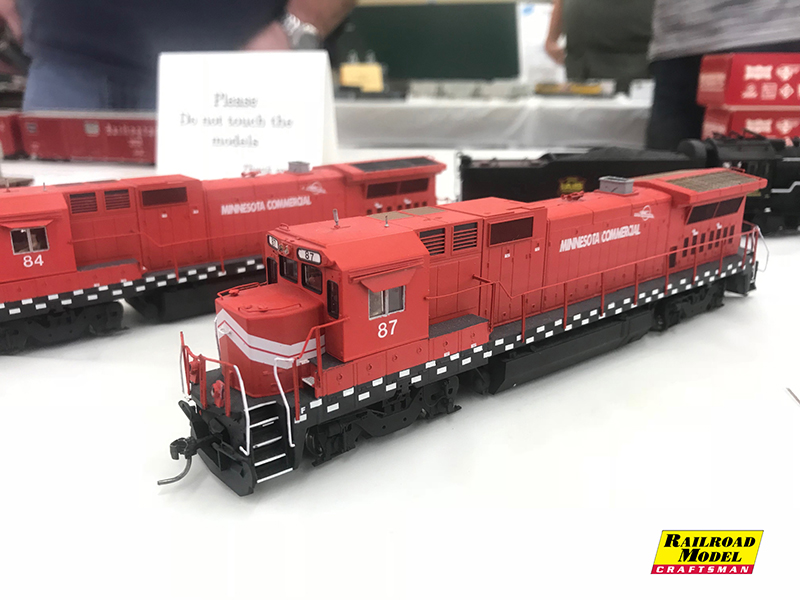 Brian Hicks displayed a pair of former LMX General Electric DASH8-40Bs that he painted and detailed to represent the Minnesota Commercial Railway of St. Paul, Minn. 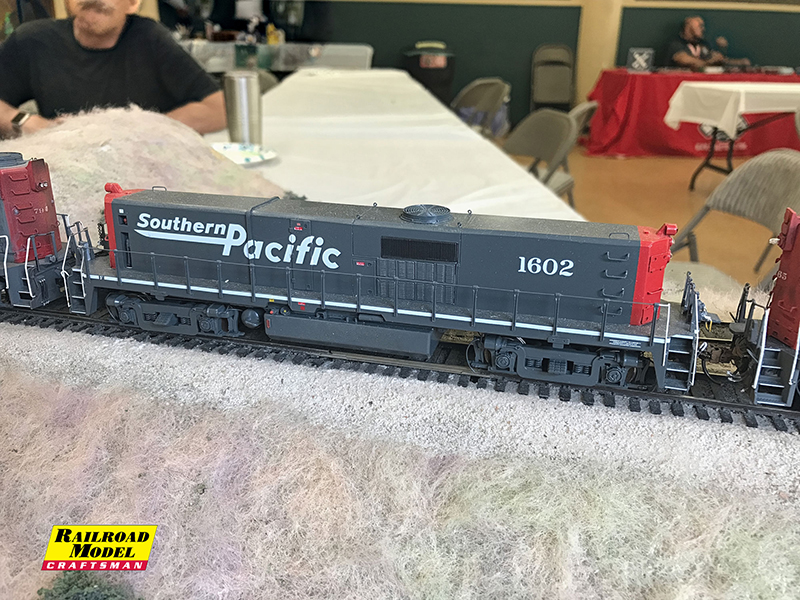 Mark Brown brought along a vast fleet of Southern Pacific equipment including this HO-scale SP Tractive Effort Booster Unit (TEBU) slug. TEBU 1602 was built using a mix of commercially available components and sheet styrene. SP 1602 was the only TEBU to receive the “Speed Lettering” that was applied to newer road power on the SP during the early 1990s. 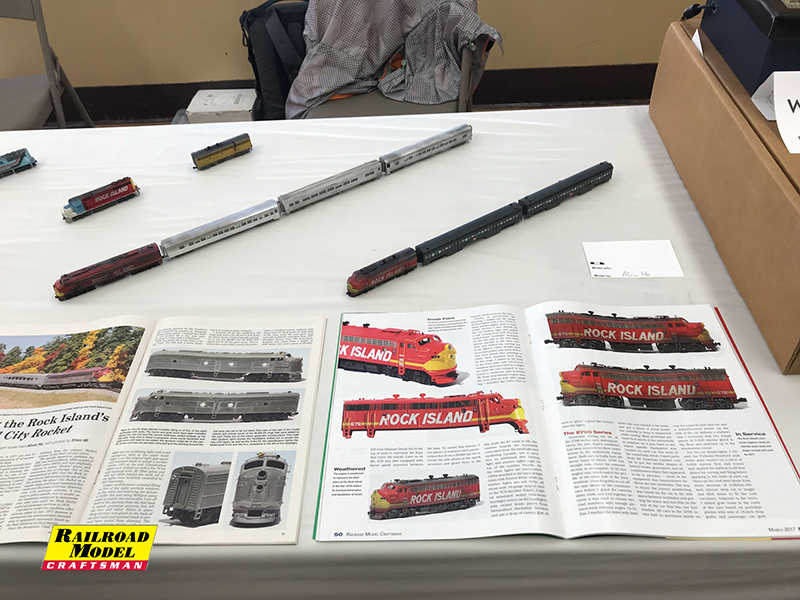 Alvin Ho displayed the N-scale models he constructed for his Rock Island Commuter train. One of his articles on the subject appears in the March 2017 issue of Railroad Model Craftsman. 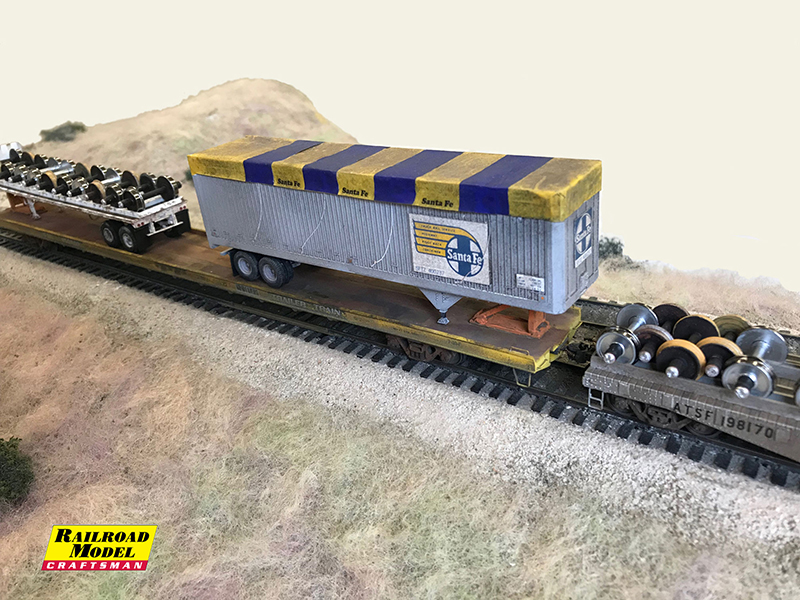 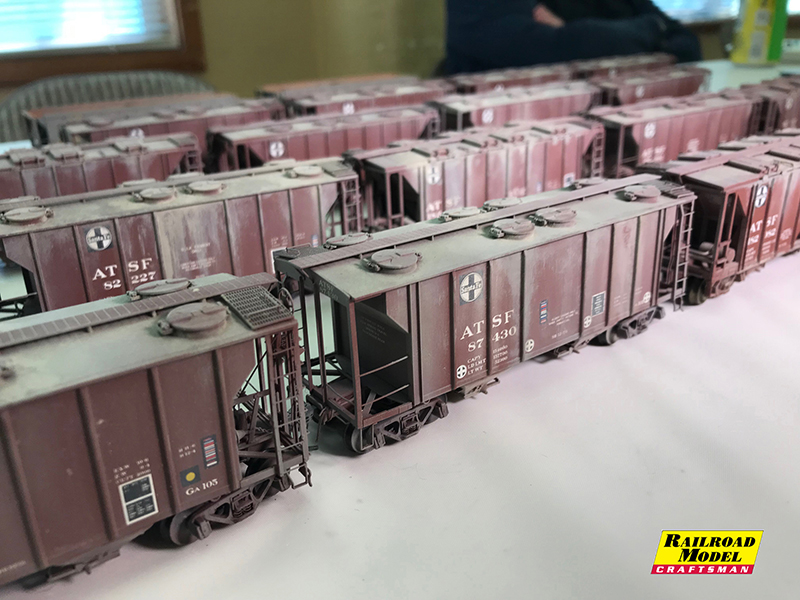 Entire trains were commonplace at BAPM this year, including this Santa Fe cement hopper train by Phil Villalobos. 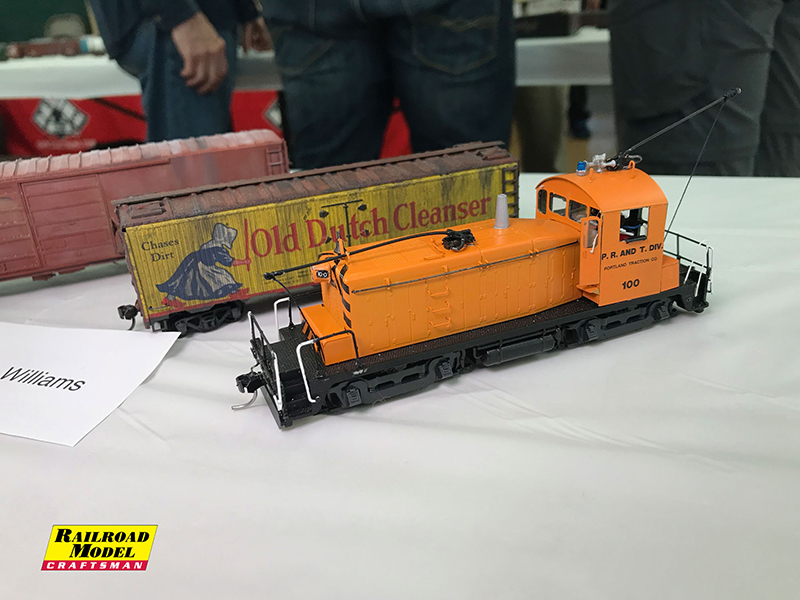