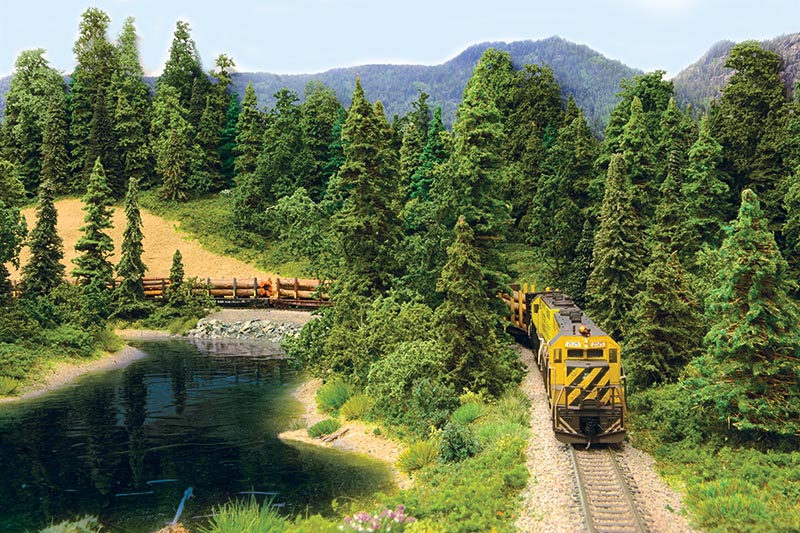 Railroads are always experimenting with paint, and the Tenino Western is no different with the application of tiger stripes on EMD GP38 2025. After it was involved in a grade crossing accident, the unit was rebuilt and the nose repainted for higher visibility. We catch the loco teamed up with another GP38 as it leads the daily logger around Scatter Creek. 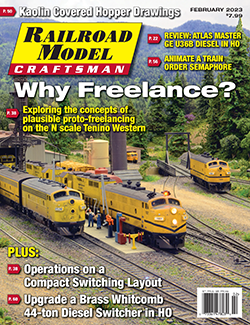 by Tyler Whitcomb/photos by the author

I have been asked many times why I chose to freelance my N scale Tenino Western Railroad versus following a particular prototype. With so many excellent prototype models available on the market right now, why freelance? The main reason, to sum it up, is “artistic freedom.”

Believe it or not, creating a freelanced railroad can be more challenging and rewarding than modeling a specific prototype. After all, most of the work to make a plausible scenario is already done for you. For example, let’s say you want to model Burlington Northern around Seattle in the 1990s. All you need to do is follow the prototype’s lead for paint schemes, rolling stock selections, industry customers, and train operations. While modeling the prototype comes with its own rewarding challenges, any deviation is immediately questioned, either subconsciously or in real life. 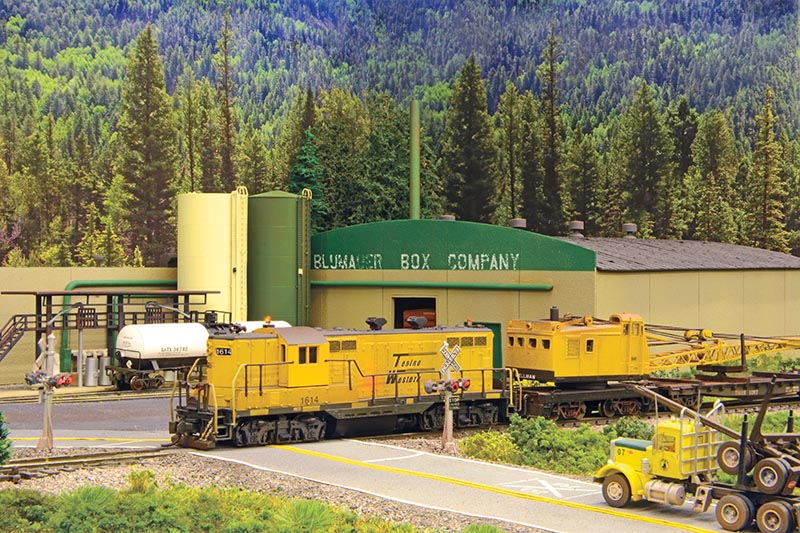 ABOVE: A lone EMD GP7 is in charge of a work train as it passes the Blumauer Box Company. The railroad is replacing some of its old jointed rail with modern welded rail. This work extra is tasked with picking up the old rail along the right-of-way.

There’s nothing wrong with modeling the prototype. In fact, most hobbyists prefer to model either what they see today, what they grew up with, or the period just before they were born. However, I feel when done right, building your own freelanced line can be just as rewarding a creative endeavor.

Where to Begin?
First, a few definitions. Somewhere along the way, our hobby corrupted the defintion of two very common words. In model railroading, “prototype” refers to “the real thing” we are trying to model. To “freelance” is to use your imagination to either create your own railroad company, location, or both. To “proto-freelance” means to create your own railroad while following the common practices of the real world to create a plausible scenario. 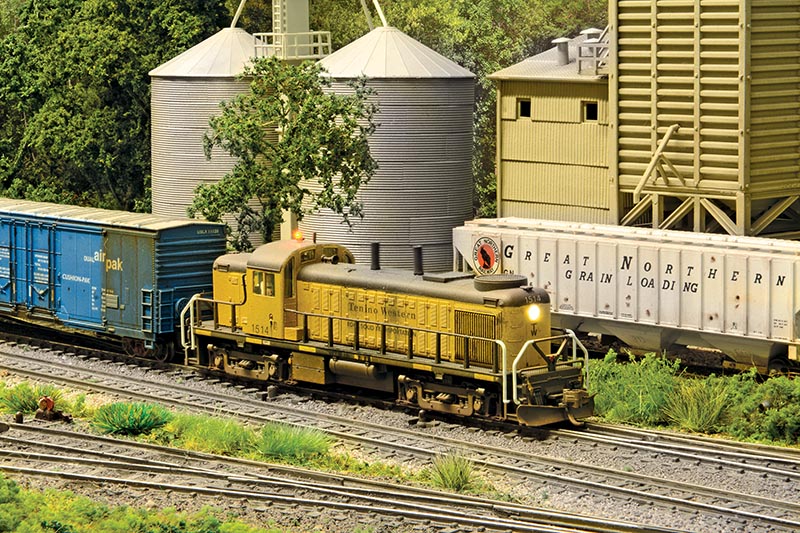 ABOVE: Some older diesels are rebuilt instead of being scrapped or traded in. A case in point is Alco RS2m 1514 which was rebuilt with an EMD prime mover (note the two new exhaust stacks). Switching industries in Tenino, the unit still wears the old TWRR slogan “Rock Solid Transportation.” Such examples can show the passage of time on your model railroad.

To begin planning a plausible freelanced railroad you have to ask yourself a number of questions. Where is my railroad located physically on the map? What era are we representing? What is the reason for the railroad’s continued existence? Does the railroad cross any challenging terrain like a mountain pass, a deep river valley, or a desert? Is special equipment required, like diesels with dynamic brakes for steep grades? What industries does it serve? What other railroads does it interchange with? Is it a parent company or a subsidiary? What is its financial health and the shape of the facilities? Will you operate by timetable and train order (TT/TO), track warrant authority, or centralized dispatching? These are just some of the questions needing immediate answers; more will crop up as you continue your planning process.

The Tenino Western
If you are a dreamer like me and enjoy a good challenge, you can probably relate to my decision to model something unique. My N scale Tenino Western Railroad was inspired by my experiences with local railroads. I grew up with Burlington Northern and Union Pacific within a short driving distance from home. Also located nearby was Weyerhaeuser Lumber’s Chehalis Western Railroad, a modern-day logging operation. 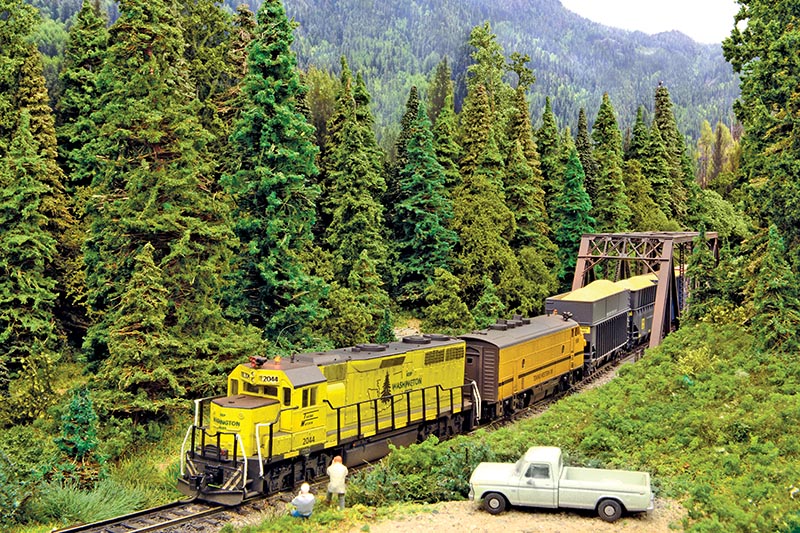 ABOVE: An EMD GP38 was painted up for Washington State’s “Keep it Green” campaign, which was used to educate people on forest and wildfire prevention. These railfans were excited to capture this unit on the head end of a woodchip train. While it’s more plausible to model the mundane, having one or two special units on your roster is part of the fun of freelancing, especially if they are tied to real-life campaigns of the era.

I spent a great deal of my youth trackside getting to know the train crews as they worked the area around Olympia, Wash. I have fond memories of crews switching the Olympia Brewery, Hardell Lumber, and various mills along West Bay, the industries on the BN Lacey Branch, as well as a handful of industries in the Bellmore Industrial Park. I also researched Olympia’s first railroad — the Port Townsend & Southern — and spent time exploring the abandoned right-of-ways. All these things and more are factored into my current layout and its operations. Think back to what got you into the hobby, and some of your earliest trackside memories. Is there something particular you want to model?

Read the rest of this article in the February 2023 issue of Railroad Model Craftsman. Subscribe Today!