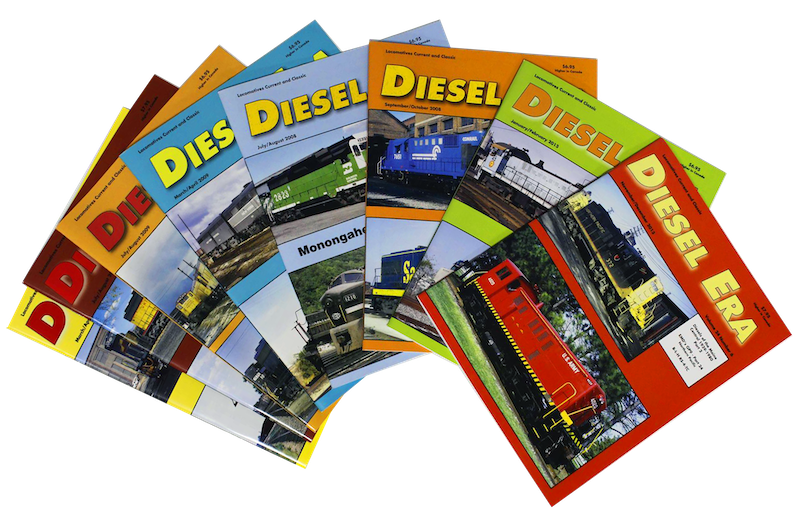 “Diesel Era is an exciting title to add to our line of railroad prototype publications,” Publisher Kevin EuDaly said. He added, “I’ve long been a ‘diesel guy’ and Diesel Era is a fantastic nuts and bolts magazine covering the diesels we know and love.”

Withers Publishing will continue to produce its own books — including popular locomotive directories focusing on both the BNSF Railway and Norfolk Southern rosters — and sell back issues of Diesel Era. The final issue of Diesel Era produced by Withers Publishing will be a double issue (31-6 and 32-1) with an expanded page count. The first issue produced by White River Productions will be issue 32-2.

“I’ve been a follower of Diesel Era since its inception in 1990 and am thrilled to be joining its staff,” Cook said. “I’m looking forward to seeing this important, informative, and excellent publication become part of White River Productions and continue to serve railfans and model railroad enthusiasts.”

Current subscriptions will be honored and fulfilled by the new ownership. Fulfillment will be based on the number of remaining issues in existing subscriptions. New subscriptions, subscription problems, renewals, and address changes will be handled by White River Productions. To renew or subscribe visit shop.whiteriverproductions.com.