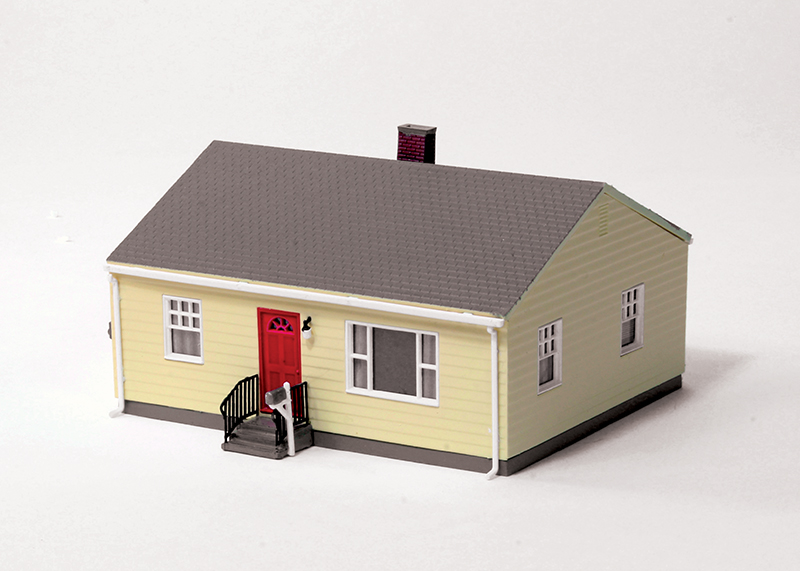 Designed to house veterans returning from the Second World War, these 600-square-foot single-story structures were common in the 1950s and 1960s.

Designed to house veterans returning from the Second World War, these 600-square-foot single-story structures featuring two bedrooms, a living room, eat-in kitchen, and bath seemed to spring up overnight beginning in 1946 in a building boom that lasted through the early 1950s. These inexpensive starter homes gave many families their first homes and satiated the American desire for homeownership. In many variations, these buildings literally can be found in nearly every state in the country. Seventy-plus years on, many are still going strong. Over the years remodeling and additions may have expanded their original footprint, but their basic pedigree still remains solid.

Serendipitously, my wife and I purchased one of these basic houses while we were in college and lived in it for nearly ten years before moving on. It was the epitome of simplicity with a central oil-fired floor furnace, a basic bathroom with a cast-iron tub and a kitchen with sink and counter. The stove, refrigerator and a small round table were shoe-horned into this small kitchen. The house was set on a cinder block foundation with a basement that was accessed through exterior stairs. The electrical service was also circa 1940 with heavy-coated wires distributed from an old-style fuse box.

These houses were solidly built using dimensional lumber and balloon framing with fire breaks and diagonal corner reinforcement. The structure was clad in simple 1×8 clapboard siding held in place with cut nails. The interior walls of our 1946-built house were covered with an early version of gypsum drywall that was sealed with a paper layer prior to priming and painting. This differs from the modern drywall technique where the joints are filled with compound and sanded smooth prior to finishing. The roofing consisted of parallel boards over which tar paper and then three-tab shingles were applied. While not fancy, the house was weathertight and substantially constructed. 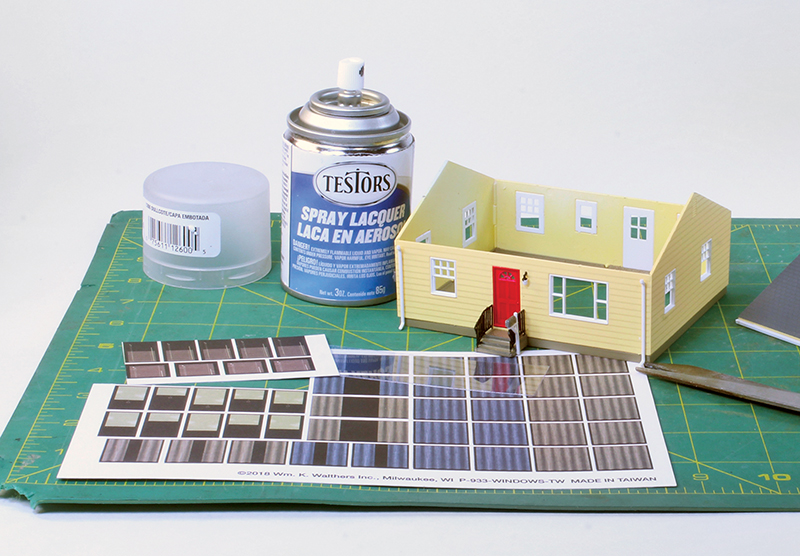 Walthers is now offering an HO scale kit for this commonly seen residential structure. Made from injection-molded plastic, this “flat” kit is molded in white and tan. The kit features two front walls, three styles of doors and separate windows that allow the builder to assemble several different variations of this basic building to form a small subdivision. The separate one-piece foundation is representative for those homes that were built on poured concrete slabs, or the modeler can construct a “basement” from plastic sheet or other scratch building materials to further enhance this basic model.

Our model was built in subassemblies following the included instructions so that each group could be pre-painted prior to final assembly. The four walls and separate roof made up the largest of these with the windows and doors left on the sprue when each was painted. The scheme chosen was light yellow with white windows and gutters and a red front door, which was how my house was painted when we moved out after living there for ten years.

The fit of the parts was precise and, even pre-painted still assembled easily. This easy-to-build, basic model is perfect for the first time builder. Only plastic cement, PVA (canopy glue) for the glazing and printed interior, a hobby knife, a small sanding stick or sandpaper are needed to construct the kit. Paint is an option left to each modeler’s taste. We painted our model first with spray primer and used spray cans for the outer coat from the home improvement store. However, any technique for finishing a plastic model can be employed.

Fine details provided with the kit include molded gas and electric meters, a mailbox, and nonworking porch lights. For the finishing touch, clear glazing and printed window treatments are included. The finished model fits in any era from post-World War Two to the present. Either singly or as part of a subdivision, Walthers’ Postwar Prefab House kit is an overlooked, yet common structure that will easily find a place on our space-starved layouts.

This review appeared in the August 2021 issue of Railroad Model Craftsman! Subscribe today!