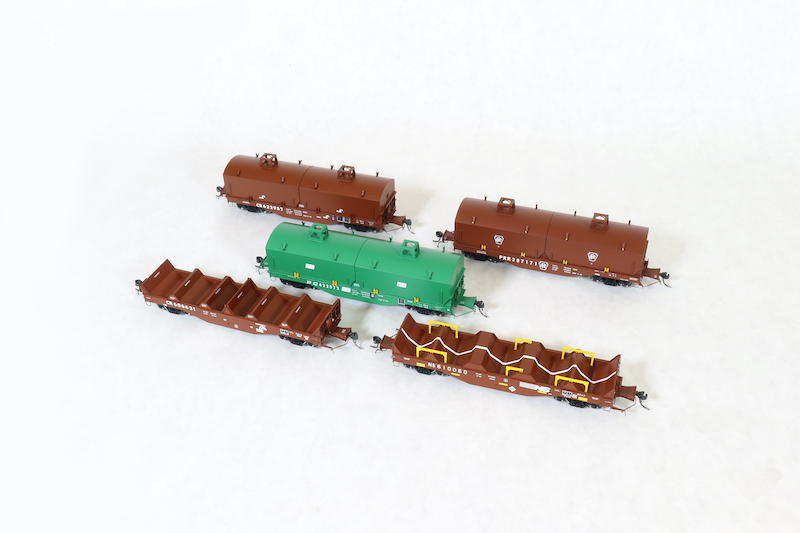 Serving the industrial heartland of the United States, the Pennsylvania Railroad was keen to the needs and trends within the steel industry. The 1960s saw a marked increase in the production of “hot rolled” coil steel used for a multitude of applications, including consumer goods such as automobiles and appliances. The PRR’s Samuel Rea Shops answered the need for new equipment to haul this valuable commodity with a customized rail car – the G41 coil steel gondola. Introduced in 1965, the G41 was soon succeeded by the G41A the following year. The G41A was a gondola design with six transverse troughs of varying sizes to handle different coil roll diameters.

When constructed, G41As were equipped with specialized hoods to protect the load. In the 1990s, Conrail modified the cars by removing the walkway supports and hood alignment guides.  Successor Norfolk Southern heavily rebuilt these cars to have just five internal troughs to haul the larger coils which became more common by 2000. 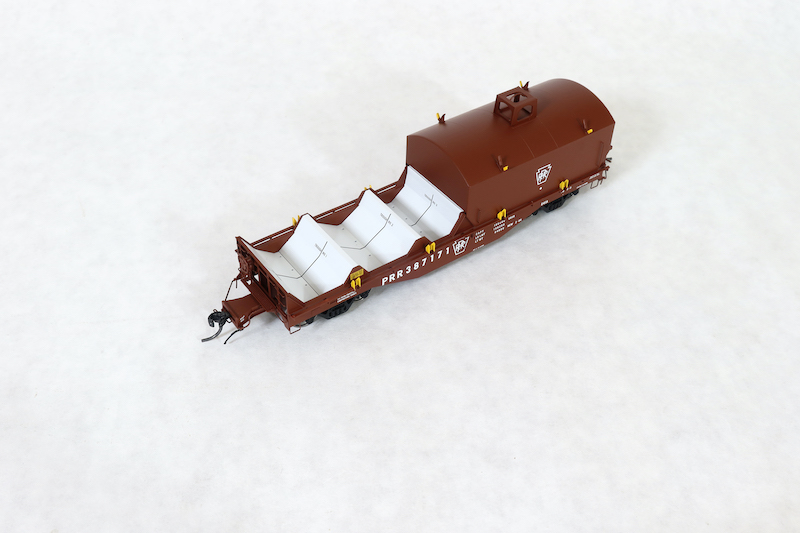 Tangent’s replica of Pennsylvania Railroad 387171 represents the original as-built “delivery” configuration of the G41A Coil Steel Gondola built at PRR’s own Samuel Rea Car Shops beginning in 1966. PRR 387171 is shown with one of the hoods removed. 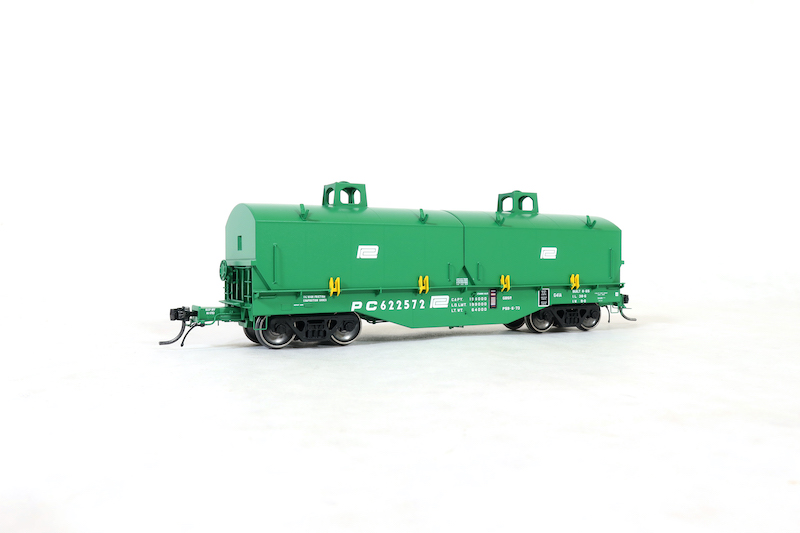 Resplendent in Penn Central’s idiosyncratic “Deepwater Green” is G41A PC 622572. Representing a G41A repainted into the scheme of its new owner.  Like all of Tangent’s painted models, multiple road numbers are available with each scheme where appropriate.