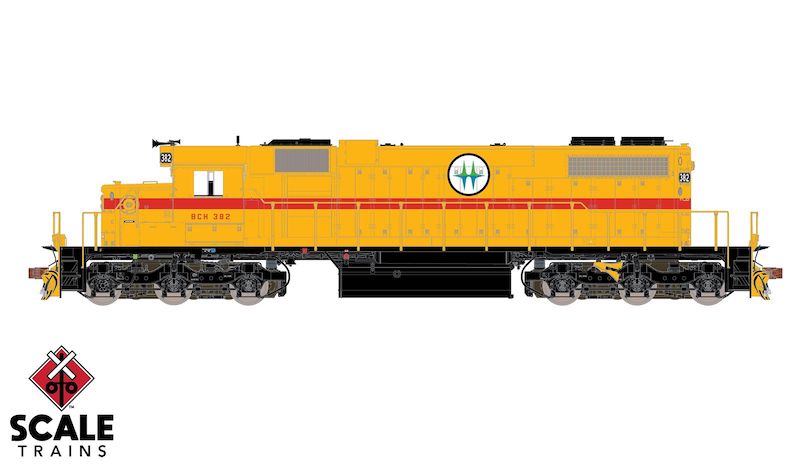 The non-turbocharged SD38-2 model will be available in six different road names, including BC Hydro (seen above).

ScaleTrains has announced that it will be offering the EMD SD38-2 in HO scale. The company is taking pre-orders now.

The SD38-2 was built from November 1972 through June 1979 and was essentially the six-axle version of the smaller GP38-2. The model will be released under ScaleTrains’ Rivet Counter brand and will be available in six different road names and eight different paint schemes.

Paint schemes will include BC Hydro yellow and red; Elgin, Joliet & Eastern orange and bicentennial; Louisville & Nashville gray and yellow; Frisco red and white; Southern Pacific bloody nose; Yankeetown Dock red and white and “Can Do America” red and white.

Preorders are due December 13 and the models are expected to be available in summer 2022. Visit ScaleTrains.com for more information. 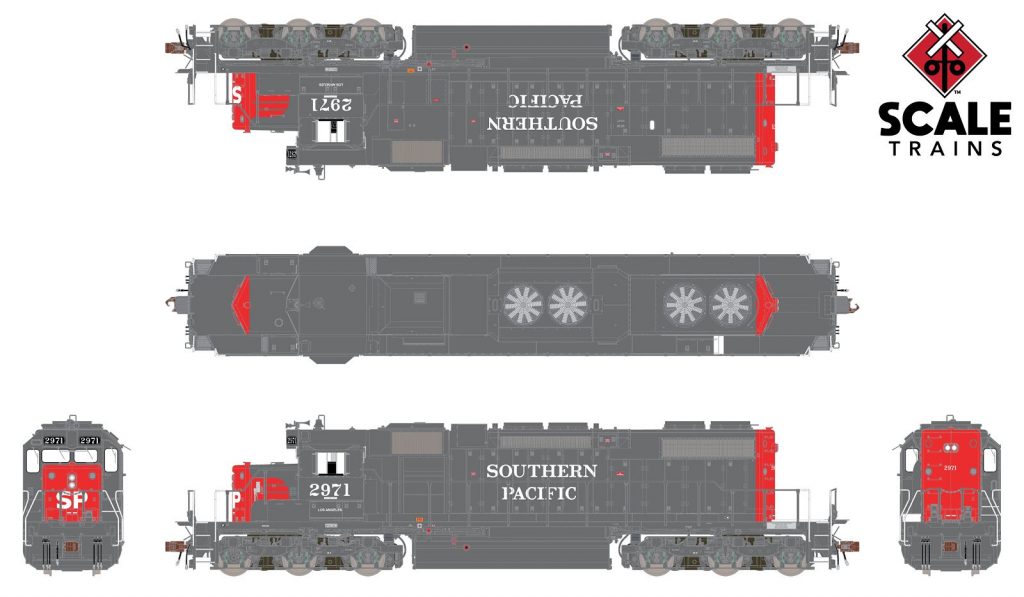 Drawings of the Southern Pacific SD38-2 from ScaleTrains.