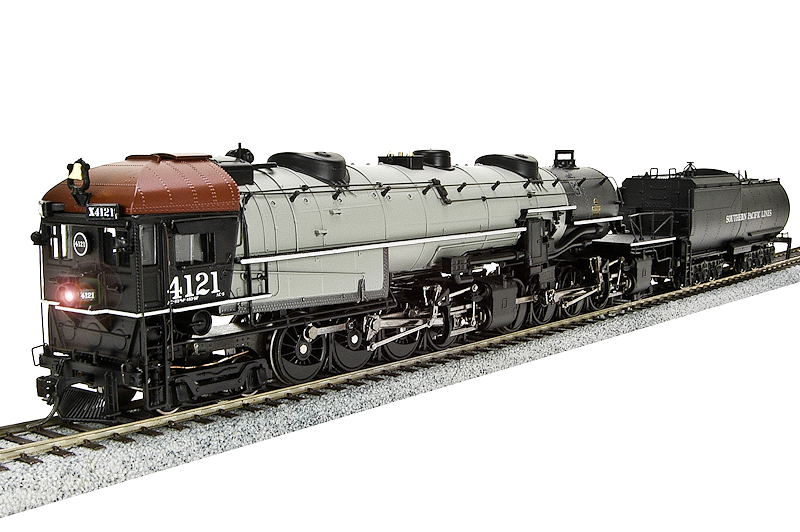 M.T.H.’s Southern Pacific cabforward steam locomotive is one of the tooling sets that was purchased by Scale Trains.

Scale Trains is purchasing the HO and S scale tooling produced by the soon-to-be-defunct M.T.H. Electric Trains. The Tennessee-based model railroad manufacturer made the announcement this weekend during the Amherst Railway Society’s virtual train show.

Last year, M.T.H. announced that its owner, Mike Wolf, was retiring and the company would shut down in June 2021. For 35 years, M.T.H. produced HO, S and O scale models. Officials with Scale Trains said that the acquisition of M.T.H. HO and S tooling will dramatically expand the company’s offerings. It plans on starting to sell M.T.H. products in 2022.

“M.T.H. is recognized as a leading manufacturer of HO scale steam locomotives. The purchase of M.T.H. HO products also allows us to broaden our product line into passenger cars, track, and more. We believe there is an opportunity to grow the S market as well.” said Shane Wilson, president of Scale Trains.

While M.T.H. is mostly known for its large scale products — none of which are included in the sale to Scale Trains — it has produced an extensive line of HO scale locomotives, particularly steam locomotives. Highlights of its HO scale product line include the Union Pacific’s 9000 class 4-12-2; the Duluth, Missabi & Iron Range 2-8-8-4; and the Southern Pacific “Cabforward” 4-8-8-2. Diesel locomotives in the M.T.H. lineup include GP38-2s, SD70ACes, and Dash 9-44CWs. The company has also produced Little Joe electrics and various freight and passenger cars. S scale models include EMD F7s, NW2s and SW8s. Scale Trains has not previously produced S scale models.

“Scale Trains has a great reputation in the industry and the M.T.H. HO tooling will make a great addition to their already impressive HO lineup,” Wolf said. “S Gauge fans will find the Scale Trains team loaded with talent and model railroading experience.”

Several molds have been transferred to the Scale Trains factory and testing is already underway. Over the next few months, work will begin to convert the models to accept the Scale Trains motor and change to the ESU-LokSound electronics DCC and sound system.