Horizon and Comet Passenger Cars are now available in both HO and N scales from Rapido Trains.

Now at your favorite hobby dealers are Comet and Horizon passenger equipment from Rapido for both HO and N scales.  First constructed between 1970-1973 by Pullman-Standard for Erie-Lackawanna’s commuter services, “Comet” cars quickly proved their worth, and new cars were soon built for other commuter agencies, including Boston’s MBTA in 1978, and in 1983, cars were delivered to New York’s Metro-North (1983) and Connecticut DOT (ConnDOT).  Additional orders were placed in 1987 for Philadelphia’s SEPTA and Montreal’s AMT in 1989. Amtrak’s Horizon fleet was based on the Comet platform but enhanced for long-distance service with more spacious seating, new vestibules and a Dinette version for food service. 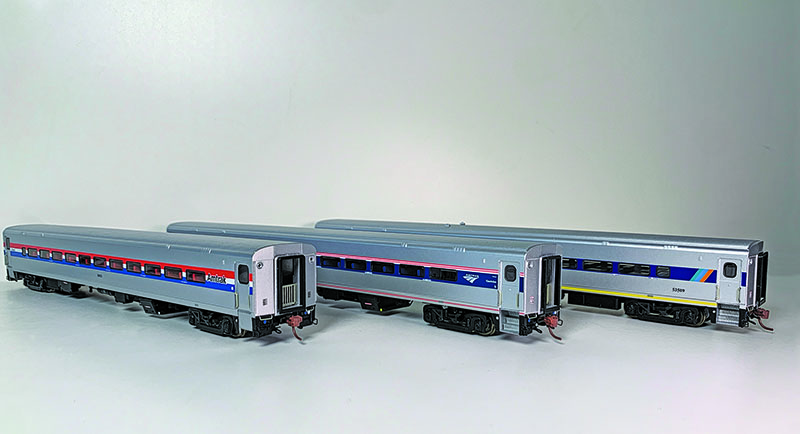