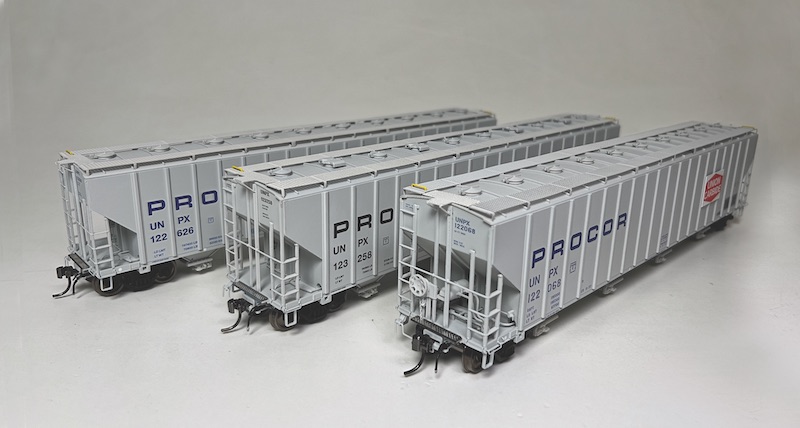 Available now from Rapido Trains are HO scale Procor 5820 covered hoppers, with N scale versions soon to follow. These cars were specifically constructed to haul plastic pellets. In the 1970s, freight car leasing company Procor tested a small group of Pullman-Standard built covered hoppers for plastics service.  As a result of that successful trial, Procor designed and built a single 5820 cubic foot covered hopper of their own – UNPX 122012 in November 1976.   After more than a year of testing and evaluation, full-scale production of Procor’s own 5820 covered hopper design began in 1978 from their factory in Oakville, Ontario. Over 1,500 cars were built between 1978 and 1990. Procor (UNPX) and Dow Chemical (DCLX) were the largest owners of these Procor-built 4-bay covered hoppers. Essex Hybrid (EHSX) later acquired some of these cars second-hand for seed service.

Depending upon the prototype, Rapido’s HO scale Procor 5820 comes equipped with any of three different styles of roof hatches: round, round with ribs and 20” vented cover and beneath the side sills, “Toggle Lock”-brand pneumatic outlet gates. Extra roof hatches are supplied where appropriate for modelers to model specific configurations suitable for specific eras. 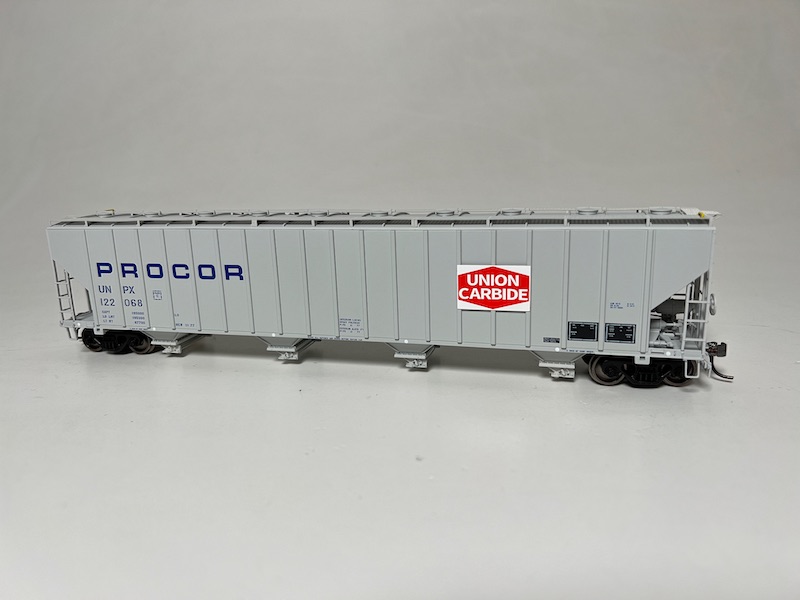 Some cars in the Procor fleet were assigned to service for Union Carbide. Representing a car built in May 1977, UNPX 122068 features early style (stenciled) reporting marks and a large placard proclaiming its assignment to Union Carbide, a wholly-owned subsidiary of Dow Chemical.

These ready-to-run Procor 5820 4-bay covered hoppers are offered in several lettering schemes and variations as follows: 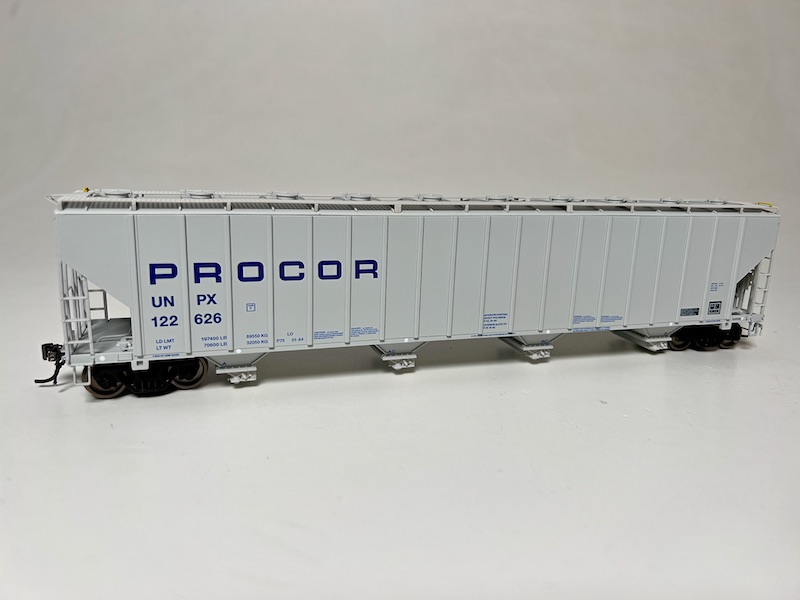 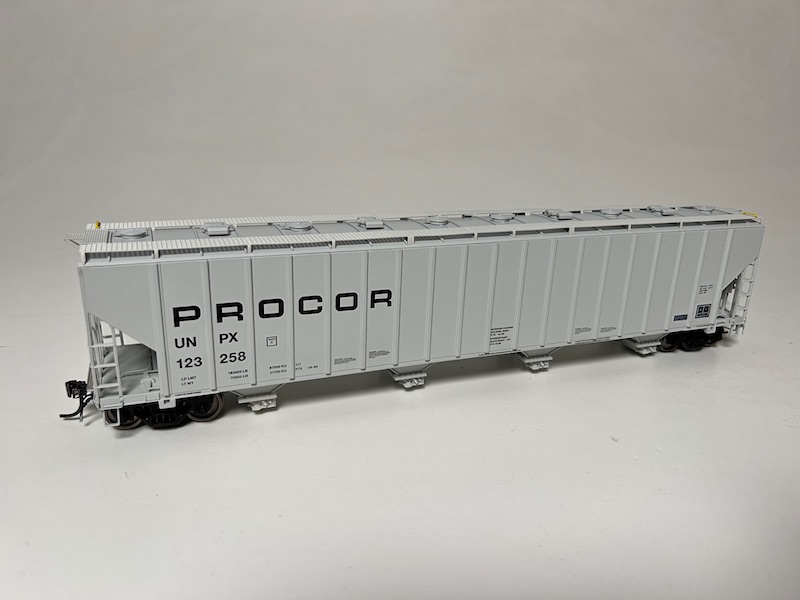 UNPX 123258 depicts a car repainted in April 1999 in black lettering with the large PROCORlettering centered in height on the side of the car.