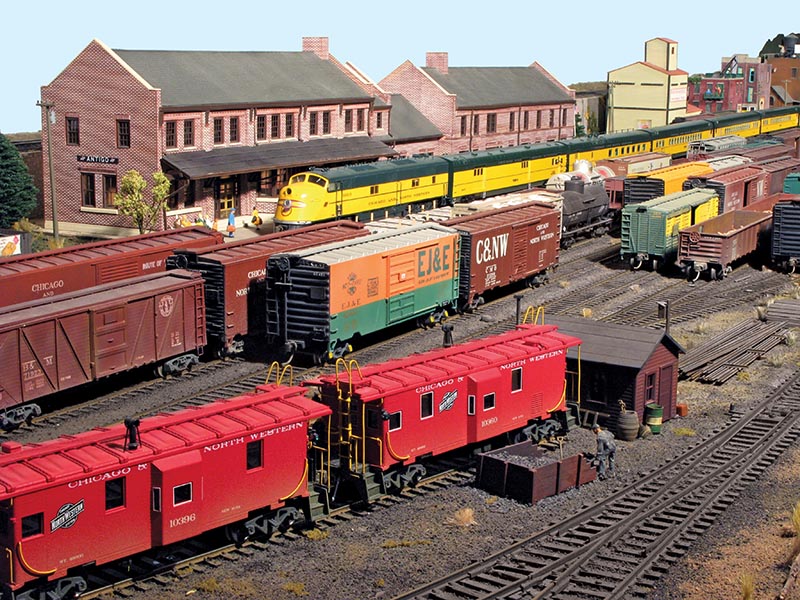 Chicago & Northwestern Train 216, the eastbound Flambeau 400, is arriving at the Antigo station, opposite the busy freight yard.

Don Drum, although one not quickly to beat his own “drum,” is quite animated when it comes to his fascination of modeling the northwoods of his home state of Wisconsin and in particular the Chicago & North Western Railway’s Ashland District.

As a very impressionable young boy, starting in 1955, he spent eleven summers at Camp Mohawk near Rhinelander, Wis. Each trip there and back was aboard the streamlined Flambeau 400, regaled in its elegant yellow-and-green livery. He was enraptured with the beauty and scenery of the northern Wisconsin woods. As an adult Don wanted to reproduce in miniature what he saw and experienced. He enjoyed many hours of research, looking at old railroad photos, reading what he could of this line, and interviewing people familiar with the operations on the Ashland District.

Prototype History
The Ashland District can trace its origins back to 1872, when the Milwaukee, Lake Shore & Western Railroad was incorporated. Through the consolidation of several smaller railroads, the line was laid north from Milwaukee along the Lake Michigan shoreline to Manitowoc, Wis. From this point the tracks headed west to Appleton, where at Appleton Junction they turned north to Eland. At Eland an additional line had been built west through Wausau, terminating in Merrilan, Wis.

In 1880 the Ashland District was built north through Antigo, and reached the Lake Superior port of Ashland by 1885. In 1893 the C&NW purchased the MLS&W and extended their track west from Green Bay. reaching Eland by 1907. Track was also extended from Manitowoc to Green Bay. 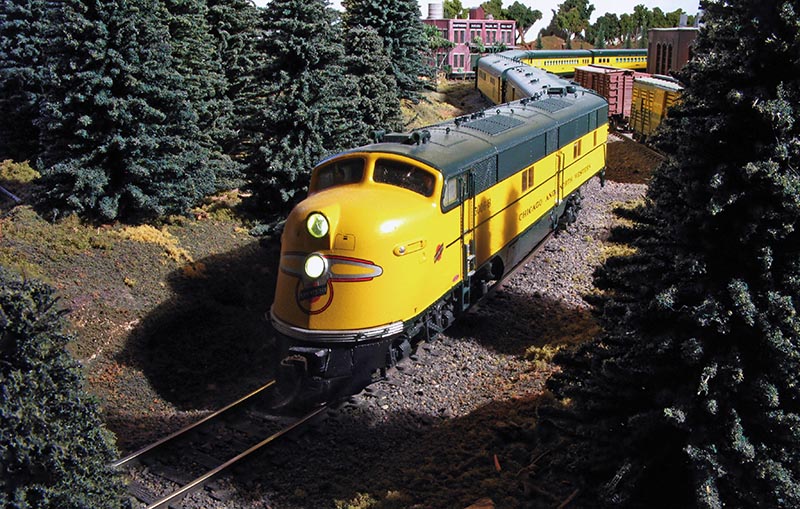 Chicago & North Western Train 216, the eastbound Flambeau 400, is rounding through the S-curves as it departs Antigo, Wis.

The Flambeau passenger service from Chicago to Ashland began in 1935 and joined the 400 fleet by 1950. Bi-level coaches with special amenities for long-distance service not found on their commuter cousins were added in 1959. Passenger service was discontinued in 1971. Freight traffic declined and in 1983 the track was abandoned.

Don’s Journey
Don was born and raised in the Milwaukee suburb of Whitefish Bay. Don’s brother, older by four years, had a Lionel layout made out of two 4×8 sheets of plywood. His brother would run the trains and blow up cherry bombs and firecrackers under the bridges just like in The Addams Family, a popular 1960s sitcom. After awhile his brother lost interest and Don took over the railroad.

Don expanded that layout over time but by the 8th grade dropped the hobby due to a growing interest in girls. It wasn’t until 1971 when he was married, living in Peoria, Ill., and in his senior year at Bradley University, that he wandered into a local hobby shop. He eyes lit up when he spotted a Chicago & North Western diesel and he knew that he had to have it. Although his wife, Kathy, described the locomotive as “cute,” he was helplessly hooked! 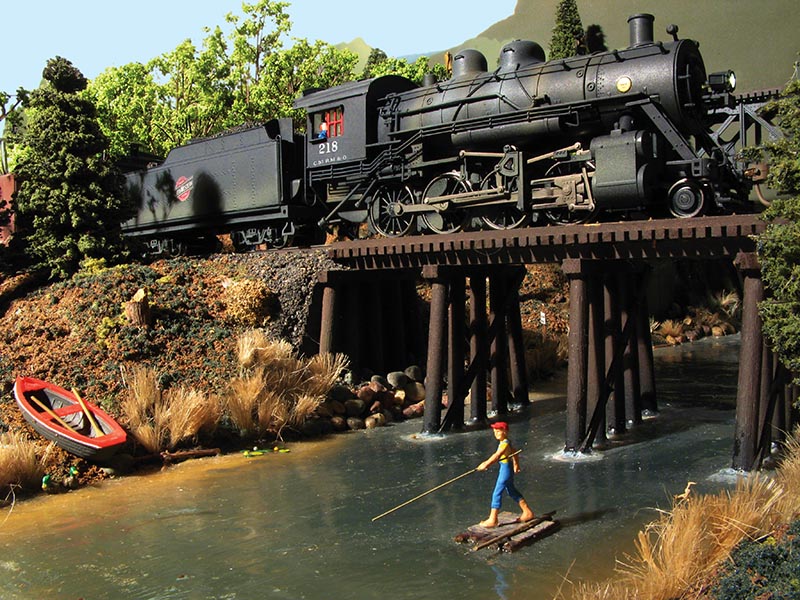 The young man on the raft certainly is not paying attention to what would be the twilight of steam as this eastbound freight crosses over the Rainbow Flowage bridge.

After graduating with a degree in business management, he began his career as a sales engineer. Don and Kathy moved back to the Milwaukee area where they built their present home in 1979. The location was actually chosen because the original Milwaukee, Lake Shore, & Western ran through his backyard! He had a great vantage point to watch C&NW freight trains heading to and from Green Bay on the Lake Shore Division.

When Don first started out in the hobby he used to get intimidated by the wonderful layouts that he would see in the magazines and even in person in the Milwaukee area. Taking that first step into the hobby can be overwhelming for anyone. Don found that doing things in steps, especially baby steps, can go a long way in the learning process. If you try to bite off too much at once you may become disenchanted. His advice is to take it slow, do your research, talk to other modelers, see their layouts, and never give up trying.

The Layout
Don chose to model his Chicago & North Western Railway Ashland District HO scale layout during the steam-to-diesel transition period, namely from 1956 to 1959. This gave him the option to still model steam in its last year of service and to introduce the new bi-level cars to the Flambeau 400… 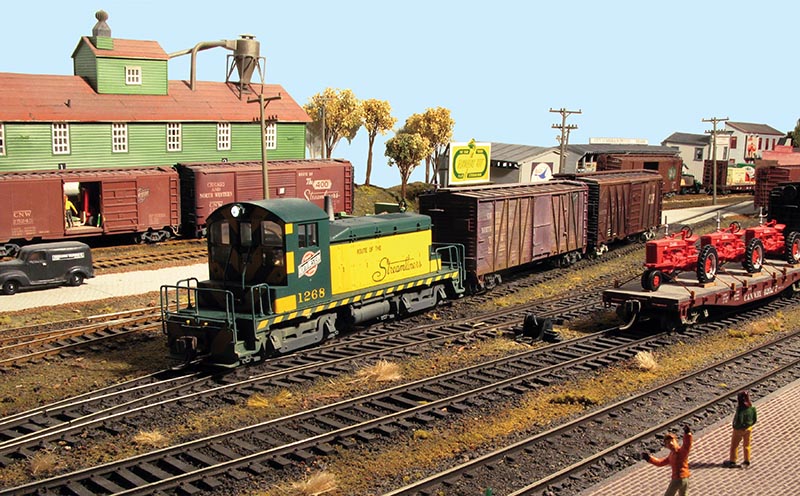 At Rhinelander, SW-1 1268 is switching cars in Rhinelander Yard near the depot platform. Daniels Packaging Co. is in the background.

Read the rest of this article in the February 2021 issue of Railroad Model Craftsman! Subscribe Today!