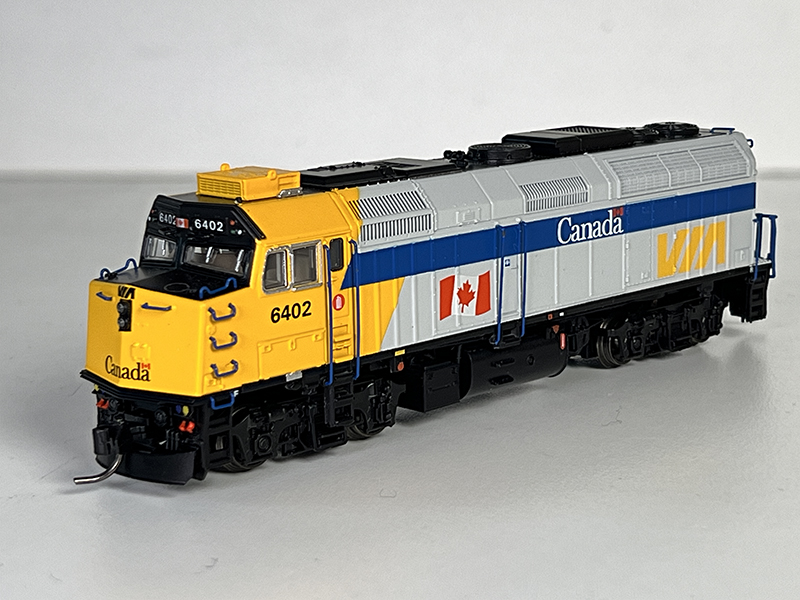 These F40PH-2Ds seem quite similar to their American cousins but have a number of Canadian-specific details.

Arriving now at your favorite hobby retailer from Rapido Trains are VIA Rail Canada F40PH-2D locomotives for N scale. With 59 units built by the General Motors Diesel Division of Canada between November 1986 and April 1989, the F40PH-2Ds at first glance seem quite similar to its American cousins, but instead feature a desktop control stand (hence the “D” in the designation); a unique fuel tank and under frame arrangement; a unique car body appearance with custom panel and side door locations; rooftop winterization hatch and numerous other Canadian-only details.

Rapido’s N scale rendition of the F40PH-2D comes with an air conditioning unit already installed above the cab in the gray and yellow “Canada” scheme as the units appeared in the late 1990s and early 2000s.  Also offered are the rebuilt F40PH-2Ds in VIA Rail’s Renaissance scheme featuring the larger HEP compartment over the rear platform, additional headlight on the nose and additional horn cluster, amongst other detail changes when the fleet was rebuilt beginning in 2006. 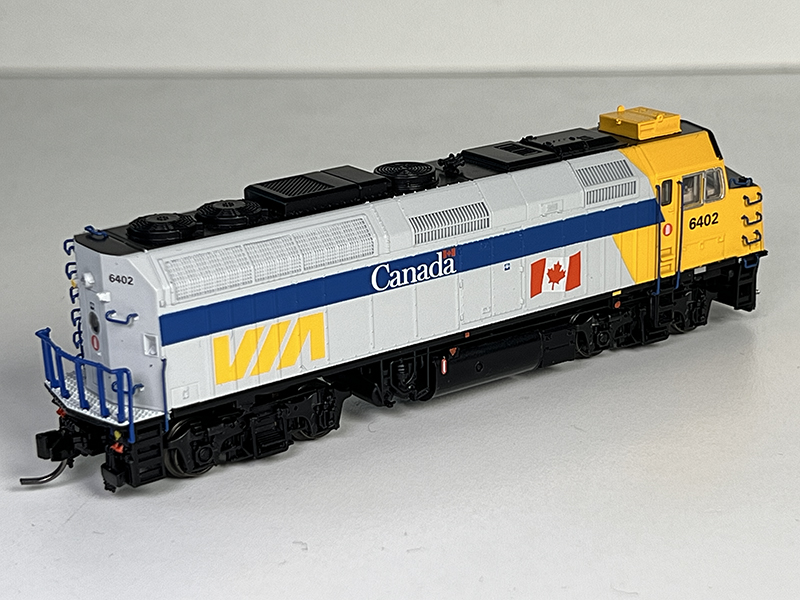 A look at the rear of VIA 6402 from Rapido Trains. This model is wearing the scheme that was applied to VIA’s F40PH-2D locomotives in the late 1990s.

Every Rapido F40PH-2D comes with a heavy diecast frame, coreless can motor, LED lighting for headlights, ditch lights, number boards and ground lights and sound via Loksound 5 from ESU for operation in both DC and DCC environments. MSRP $279.95 each.  Multiple road numbers available for each livery. For additional details on these models, please visit Rapido’s page on F40PH-2Ds.