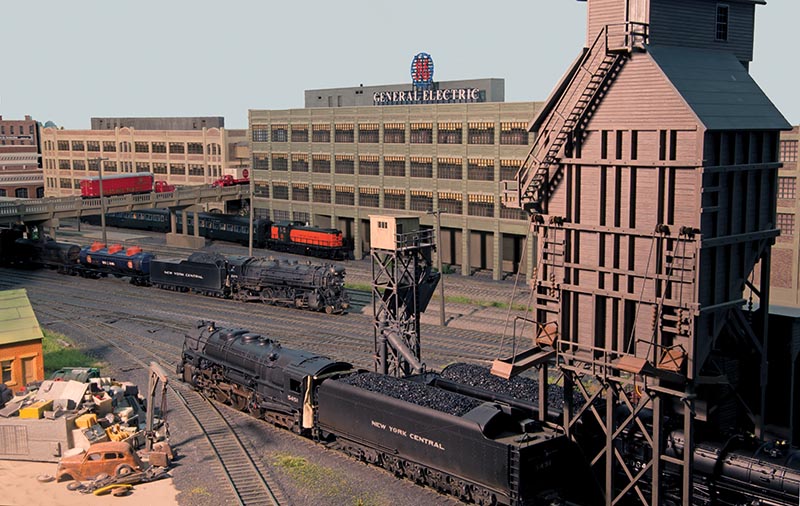 A busy scene at Pittsfield, Mass., as a New Haven train (consisting of an Atlas RS-1 hauling Rapido coaches) carries weekend visitors back to New York City via the Berkshire Line. Most of the steam engines are brass imports with Tsunami sound. There’s also some excellent BLI and MTH smoke-equipped power.

By Chuck Oraftik/photos by Dan Munson

It was the early 1950s. I was just a little kid when on a sunny, spring day we stopped at a local store. While my father made a few purchases, I discovered that their magazine rack contained three or four magazines exclusively for model railroaders. For the first time I realized that I wasn’t alone: there was a huge nationwide fraternity of grownups who were also loved modeling railroads! My father bought me a copy of Model Trains magazine and a lifetime passion was ignited.

Fast forward: Today, in my basement, it’s always a sunny late spring day in the early nineteen fifties and I’m just a little kid again. I’m trying to capture and memorialize a special era: robust, Class I American railroading at mid-twentieth century. In my basement both freight and passenger traffic are strong on my double-track HO scale version of the Boston & Albany Division of the New York Central System. 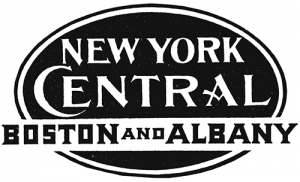 Background
By 1844, the B&A was complete, crossing the Berkshire Mountains to connect Boston with the western gateway at Albany, N.Y. In 1900 New York Central acquired the line and the Boston community was outraged. Imagine the Yankees buying the Red Sox! To help defuse the cultural clash the B&A name was left intact on buildings, timetables and rolling stock well into the 1950s. 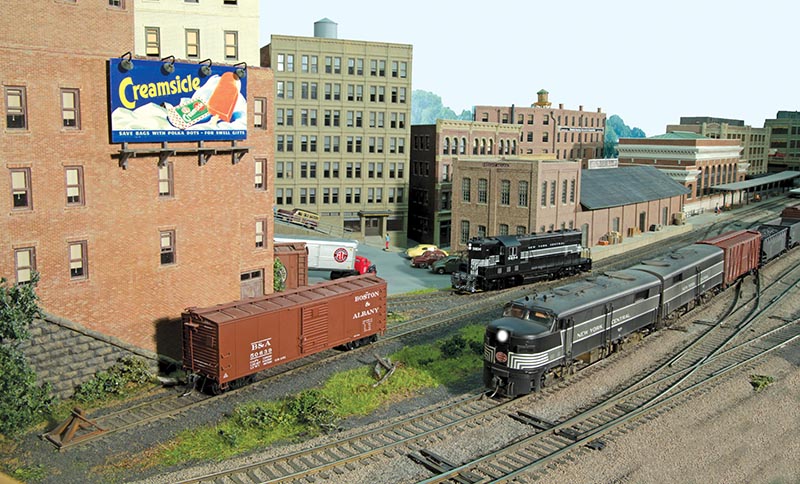 The economic heart of western Massachusetts, Pittsfield was a busy commercial hub and home to tourism and major industry. Alco S-2 must be in for service as a GP7 is handling switching for local industries.

The western portion that I model had interchanges with the New Haven at Pittsfield, Mass., and State Line. Back then NH operated a few daily passenger trains carrying vacationers and travelers from Pittsfield south to New York, as well as a healthy freight interchange at State Line. At Chatham, N.Y., there was an interchange with the Rutland Railroad where milk shipments were forwarded to New York City via the NYC Harlem Division. At mid-century the Harlem Division also hosted as many as three daily trains to New York, depending on the season.

Fudging the Era
I started my layout intending to focus only on the early 1950s. However, the steam era ended on the Boston & Albany Division in 1951 and by then much of NYC’s iconic steam power had already been scrapped or transferred to other divisions. So over the years, as my interest in NYC kept growing, I expanded my focus to span the 1948-1954 period. This compromise became one of the first of many that I’ve made over the years (more on that later). 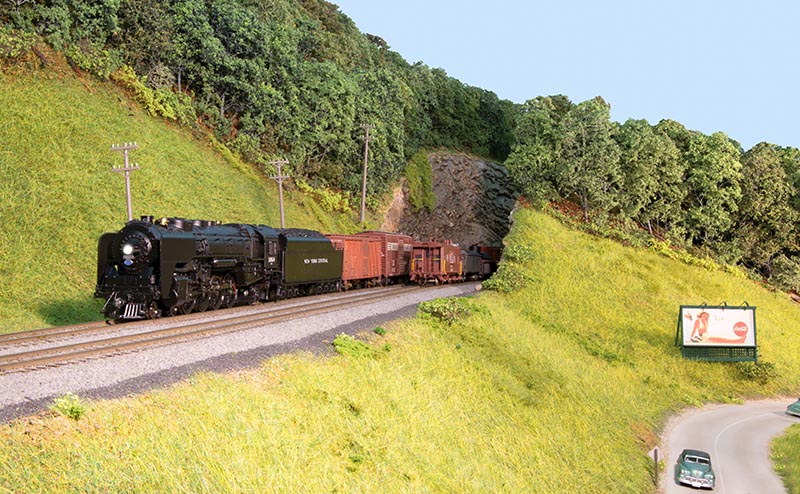 New York Central’s dual-service L3 Mohawks were some of the last steam power on the Boston & Albany Division. That era ended on April 16, 1951, when L3c number 3004 powered the westbound Wolverine. Here an MTH L3c 3006 rolls freight eastbound out of a deep rock cut near Washington Summit.

Layout Construction
I’ve been working on my layout for nearly 20 years now. For the first 15, working alone, I made little progress due to family and professional commitments. Since retirement, however, I’ve been able to devote much more time and up my game. What you see is phase one; a single-level 400-square-foot layout with a 110-foot-long folded loop main line. It is presently 95 percent complete with substantial scenery improvements completed after the photos shown here were taken. This year I begin the second phase which will almost double the size and main line length. Hopefully, I’ll be able to significantly accelerate progress and won’t need another 20 years to reach 95 percent.

Prior to layout construction, I finished off the basement with insulation, carpeting, lighting, heating and seismic code compliance. I’ve seen so many fantastic layouts, true works of art that were unceremoniously demolished with little to show after a lifetime of creation. So I also enlarged the window that faces onto our driveway so that the layout could be removed and transported with minimal damage, should I choose to relocate, or so it could be reused or preserved by others. To prepare for this possibility, phase one is built using large modules – five are about 2’8” x 20’ and two are about 3×3’. The long modules are supported by thin, integrated, full-length beams so that they can be lifted and slid through the window opening by three people on each side…

Read the rest of this story in the May 2021 issue of Railroad Model Craftsman! Subscribe Today!