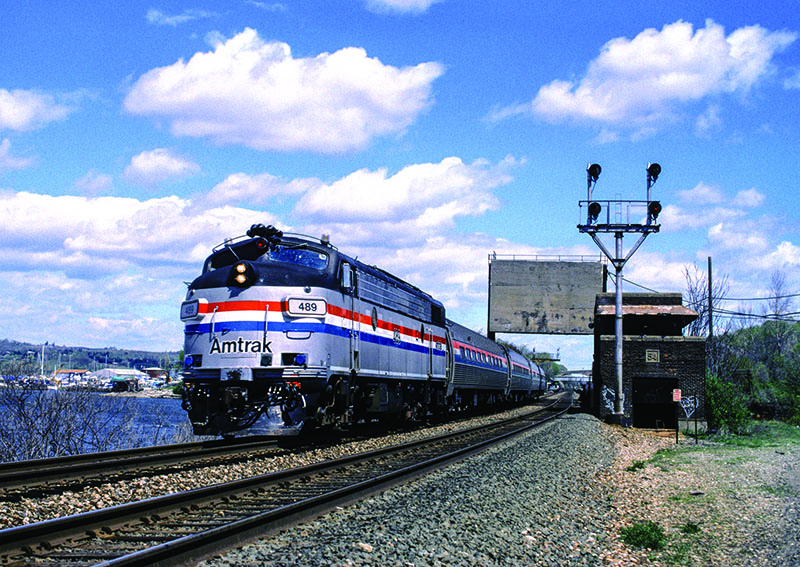 I never experienced the “golden age” of passenger rail, but Amtrak has provided plenty of memories and colorful images that I’ll always cherish, says Steve Barry. 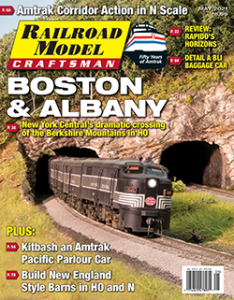 While I have always had an interest in railroads, it wasn’t until the late 1970s before I started to hone my photography skills. Thus, by the time I was paying attention to what was going on, Amtrak had already been established as the preeminent passenger carrier in the U.S.

College at Rutgers University in New Brunswick, N.J., put me right on Amtrak’s busy Northeast Corridor line. The balcony of Hardenbergh Hall gave me a place to study while keeping an eye on the railroad bridge over the Raritan River a quarter-mile or so away. Former Pennsylvania Railroad GG1s were the dominant power, although new E60s were making frequent appearances as well. Alas, I seldom took a camera to campus, so the traditional Friday afternoon train-watching session at the New Brunswick station went largely unrecorded. 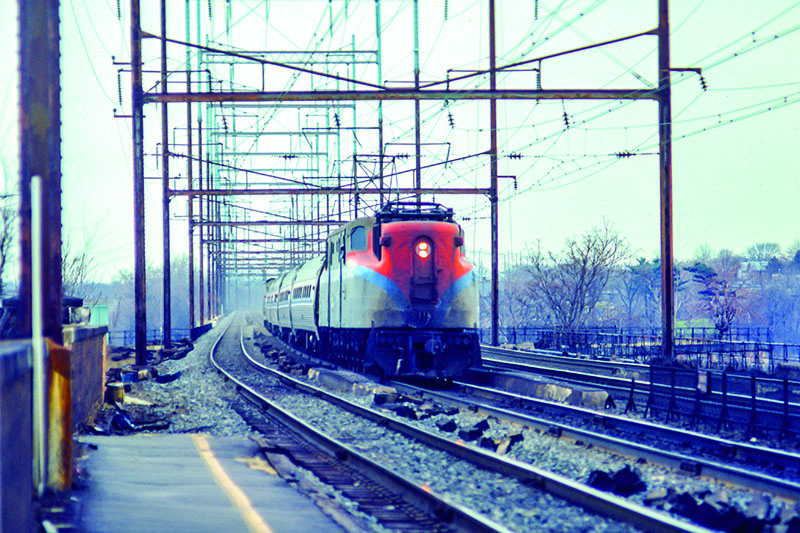 An Amtrak GG1 in the “Rudolph” paint scheme leads a westbound train over the Raritan River viaduct into New Brunswick in 1979.

By the early 1980s, I was finally getting out to see more of the railroad world. Already, the ragtag fleet of early diesels Amtrak inherited from its member railroads had been largely retired, replaced by workhorse F40PHs. Classic GG1s were retired as quickly as replacements were put in service. It wasn’t long after that the self-propelled Metroliners vanished from the NEC, replaced by AEM7s hauling Amfleet cars. Fortunately, I got a reprieve photographing the original Metroliners as they got bumped to Keystone Service to Harrisburg, Pa.

Traveling farther afield, I did manage to see some of Amtrak’s early non-F40 diesels. Heading south, Richmond, Fredericksburg & Potomac yielded EMD SDP40Fs on the trains destined for Florida and the rarer GE P30CHs on Auto Train. The Capitol Limited and Broadway Limited, both running slightly closer to home, remained F40-powered, however.

The one heavenly spot for rare power, however, lay to the north. Amtrak’s route out of Grand Central Terminal on the former New York Central was a delight. Dual-mode FL9s powered trains in third-rail territory along the Hudson, and Amtrak Empire service west to Niagara Falls and Toronto was provided by Rohr Turboliners.

By the late 1980s, Amtrak had settled down into a consistent look; there weren’t many surprises to be had when you were trackside waiting for a train. The oddball units — SDP40Fs, P30CHs, E60s, GG1s, and FL9s — were nowhere to be found. Electric AEM7s and Amfleets were the face of the Northeast Corridor. Non-electrified trains in the Northeast were usually F40PHs and Amfleet, while the rest of the country saw F40s and Superliners. The state-sponsored services provided some relief. North Carolina’s Piedmont service had its own look, with locomotives painted distinctively and a fleet of older rebuilt coaches. In the Pacific Northwest, the Cascades service used Talgo coaches, with F40s painted to match the forest green consist. And the Golden State went all-in on rail, with distinctive locomotives and coaches branded “Amtrak California.” When Downeaster service to Maine debuted, the rebuilt F40 cab cars received their own unique paint and logo designs. 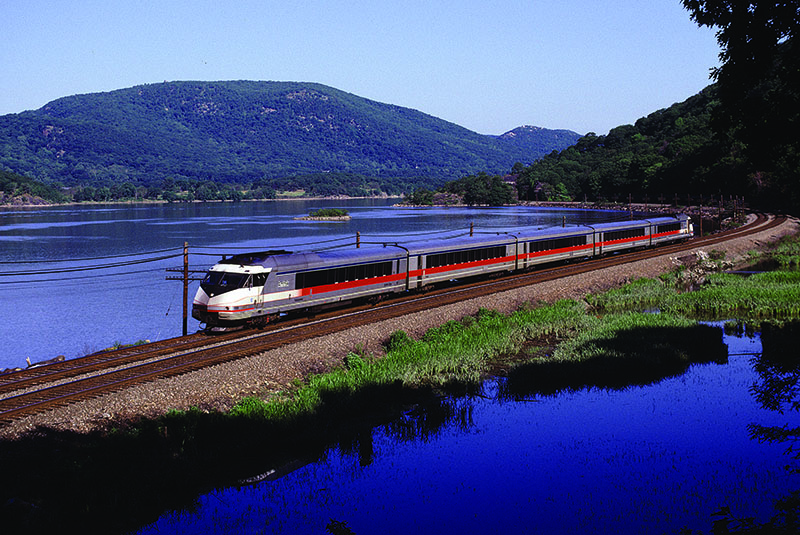 An Amtrak Turboliner rolls up the Hudson River Valley.

Time marches on; of that, there is no doubt. Amazingly, an entire generation of locomotives that appeared after I started photographing trains began to vanish. Probably the most shocking was the vanishing F40 fleet; General Electric P40DC and P42DC locomotives vanquished the F40s surprisingly quickly in the 1990s. Well into the mid-1990s I was surprised to see a P40DC instead of an F40 leading an Amtrak train I was waiting to photograph — it took a while to not pre-envision an Amtrak train without the distinctive chiseled features of an F40. On the electric side, those AEM7 “toasters” that appeared while I was in college rolled their final miles in just the last few years, replaced by Siemens ACS-64 Sprinters. The ill-fated Bombardier HHP-8 “Hippos,” delivered in the late 1990s, came and went in what seemed like the blink of an eye. And even the mighty high-speed Acela, which rolled onto the scene in 2000, could be almost completely gone by this time next year.

What about the “golden age” of passenger trains operated by private railroads? I never experienced it, so I don’t miss it. But Amtrak has provided plenty of memories and colorful images that I’ll always cherish. —Steve Barry

This article appeared in the May 2021 issue of Railroad Model Craftsman. Subscribe today!