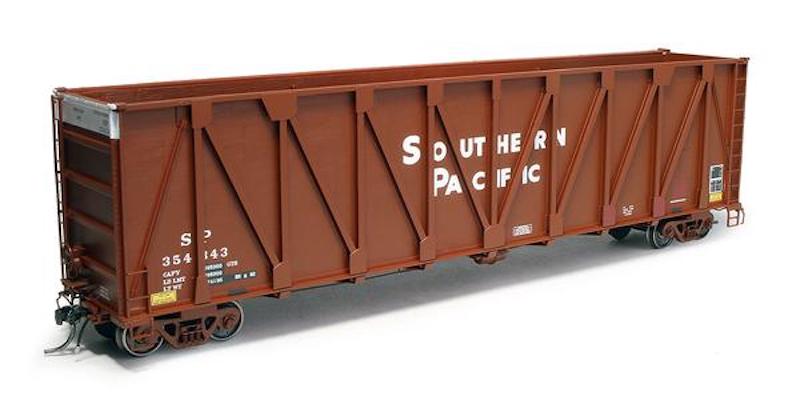 Vice President of Product Chris Brimley says there are more than two dozen models in both HO and N scale coming from the company, including this Southern Pacific chip car.

ExactRail recently pulled back the curtain on its product development pipeline and revealed that it was working on releasing more than two dozen new models for HO and N scales. While many have yet to be officially announced, Vice President of Product Chris Brimley shared a few of them in a recent blog post, as well as an update about two models due to arrive imminently.

Leading off their ExactRail’s new product parade is a new production of their  HO scale MILW 3839cf Rib Side Boxcar in new schemes and numbers. A production sample of the car was previewed at the 2021 St. Louis RPM Meet and the rest are currently being shipped and should be available within a few weeks. The shipment arrived at Long Beach earlier this month.  Due to congestion at the ports, ExactRail said they’re not sure when it’ll arrive at the warehouse but the cars should now be available at dealers beginning in mid-November.   On its heels is a new run of their FMC 5327cf Boxcar with 12-foot wide plug door for Chattahoochee Industrial Railroad, Quebec Central, MDW, GBW and others due to arrive in December if all goes well with shipping. 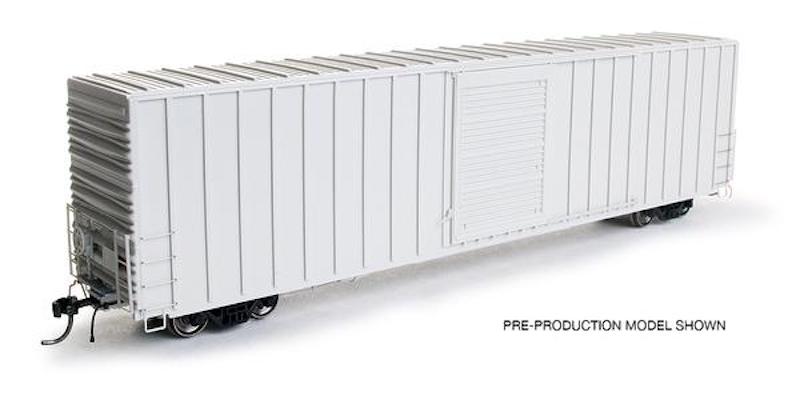 A pre-production model of the new PC&F 7633 Boxcar.

Other new models that have been produced and now beginning their journey through the shipping pipeline are new production runs of several more existing cars including its Bethlehem 3483cf 4-bay open hopper in Rio Grande, Reading & Northern and more; its Gunderson 7466 wood chip gondola for Southern Pacific and Georgia Pacific; and a new production of ExactRail’s  PS-2CD 4427 covered hopper in seventeen all-new paint schemes.

Following these will be an all-new car – a  PC&F 7633cf 60-foot high-cube boxcar. Original owners for the PC&F 7633 include Western Pacific, Milwaukee Road, Missouri Pacific and Texas & Pacific.  The company is also working on a new version of its GSI 53’-6” flat car with unique toolbox-equipped bulkheads that was owned by Rio Grande, Illinois Central, Great Northern, Southern and others. Tooling for this new bulkhead is expected to begin in the coming months.

“There is much more in progress right now,” Brimley wrote. “On top of what I just showed are fifteen more HO scale car types and four N scale cars in various stages of progress.  There are also multiple all-new cars in both scales that are in progress as well.”

For more information and to order, visit ExactRail’s website.