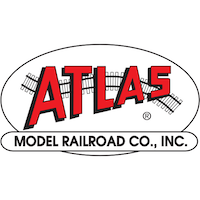 Atlas Model Railroad Co. has acquired certain molds and tooling from True Line Trains, a Canadian model manufacturer that produced a number of different HO and N scale locomotives and cars in the 2000s.

Models in this acquisition include HO scale C-Liner and RS18 Locomotives, the Slab Side Covered Hopper, the 50′ Newsprint Freight Car, the Fowler Stock Car, the Bulkhead Flat Car, Canadian National and Canadian Pacific cabooses and the 40′ AAR Box Car. In N scale, Atlas has acquired the C424 and GP9 Locomotives. Atlas said the Slab Side Covered Hopper will be the first True Line car to be sold under the Atlas name.

“True Line Trains made some great models over the years that we are excited to now produce under the Atlas name,” said Paul Graf, CEO of Atlas. “They will fit right in with the other high-quality model railroad products we make in HO and N scale.”

Formerly known as Life-Like of Canada, True Line Trains was started in 2003 after Walthers purchased Life-Like.