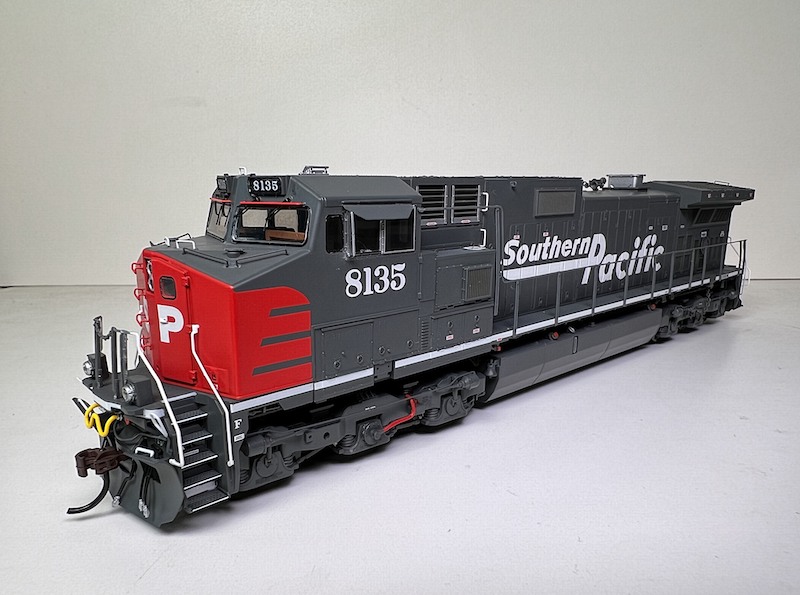 Southern Pacific took delivery of 101 GE DASH9-44CWs in 1994 from General Electric. Athearn’s all-new rendition of these locomotives are part of their premium Genesis 2.0 product family. These top-of-the-line models feature a long list of road-specific details and a smooth precision drive system, optional sound and much more.

Athearn was the first on the market in the late 1990s with a HO model of the GE Dash 9-44CW locomotive. Offered with a generic level of basic detail, this locomotive model in recent years has been relegated to its mid-market ready-to-roll product line in the face of more highly detailed offerings from other manufacturers.

Athearn has since “gone back to the drawing board” and has now released not just a single updated Dash 9, but an entire family of all-new state-of-the-art renditions of GE Dash 9-44CW locomotives in a wide number of road-specific versions distinct not only to each railroad but also detailed to specific eras.  Each of these new models are part of Athearn’s premium Genesis 2.0 product line and boasts an extremely high level of accurate details and operational characteristics demanded by intermediate and advanced-level modelers. 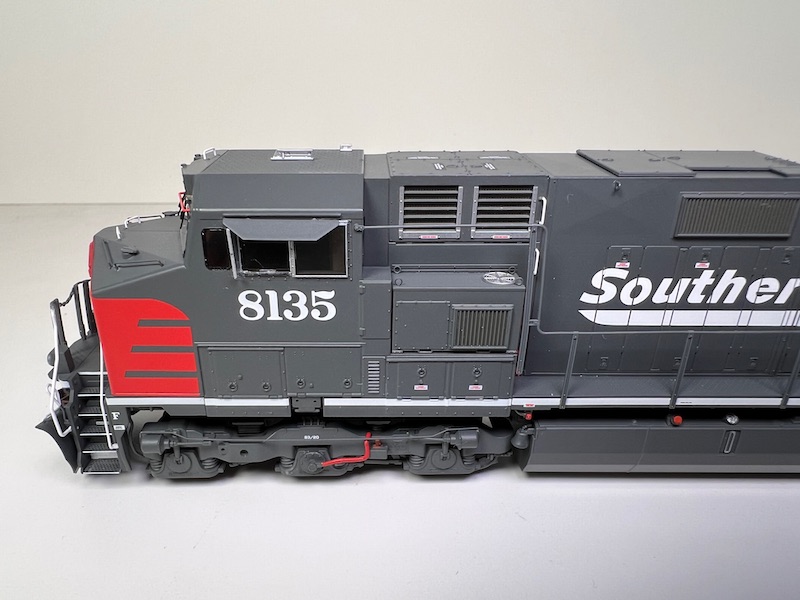 Unlike its sister, the AC-traction equipped AC4400CW, GE’s DASH9-44CW relies upon traditional DC-current traction motors to provide propulsion. While AC4400CWs have an enormous electrical cabinet behind the conductor’s side of the cab to house its AC traction inverters, Most Dash 9-44CWs simply have a separate air conditioning unit mounted on the walkway.  Above the air conditioning unit are the two hot air exhaust ports for the dynamic brake assembly on the conductor’s side.

For this latest run, Athearn is offering premium Dash 9s in multiple road-specific and number-specific variations for Southern Pacific, Norfolk Southern, Santa Fe and Canadian National. Southern Pacific received 101 of these Dash 9-44CWs in 1994.  When new, the units were seen all over the vast SP system on every kind of mainline train, from coal to manifests to intermodal.  Many of the units found a home for a short time on expedited intermodal trains plying the Interstate 5 corridor between Portland and Los Angeles. Eventually, Espee’s Dash 9 fleet made their home on the Sunset Route serving mostly on the eastern half of the railroad.

Notable features for these big Espee GEs include roof-mounted Sinclair radio antennas, a large pilot plow, a Nathan P3 horn casting and a unique application of the “SP” lettering with the letters spaced far apart on the nose, unlike all other SP road locomotives of that era. 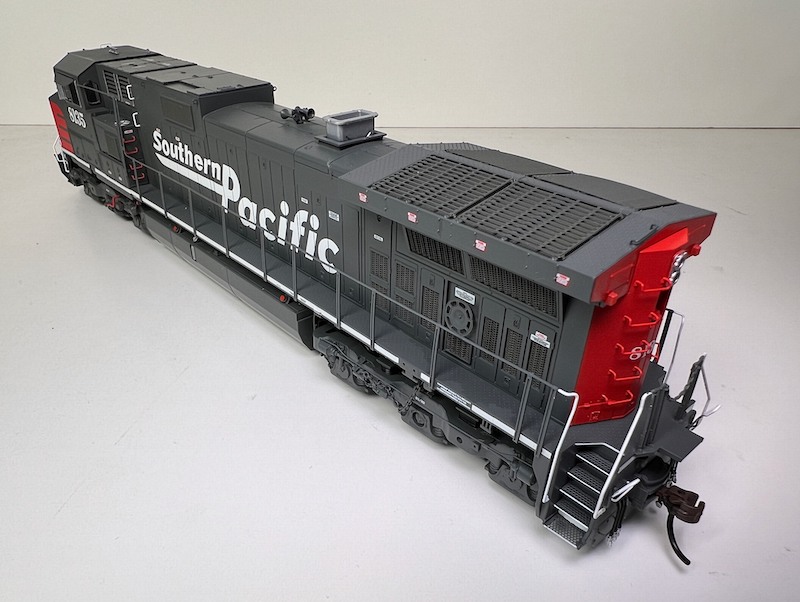 With 4,400 horsepower on tap, the GE Dash 9-44CW features a large angled “batwing” style radiator assembly to help dissipate the heat generated by its 16-cylinder FDL-series prime mover.  Athearn’s model correctly replicates this important element of this locomotive.  Over 3,600 Dash 9-44CWs were built by GE between 1993 and 2004.  The DASH9-44CW is one of GE’s best-selling locomotives.

Athearn’s Genesis 2.0 Dash 9s are $259.99 MSRP for DC/DCC-ready silent units, while DC+DCC+Sound units equipped with Tsunami2 sound by Soundtraxx are $349.99 MSRP.  Available now at your favorite retailer while supplies last.

Watch for a complete in-depth product review on this locomotive coming soon to the pages of Railroad Model Craftsman Magazine!