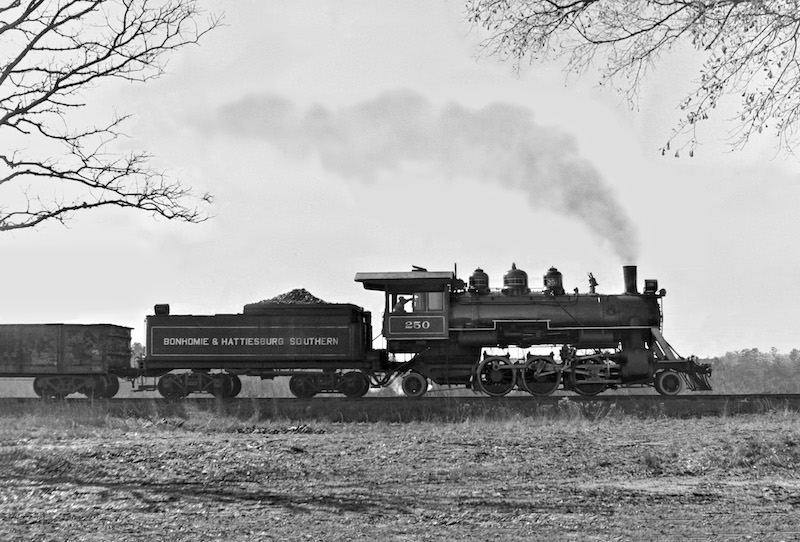 Model manufacturers often focus on the exotic and ignore the typical. I think it’s time to change that. Modeling the typical needs to be the rallying cry of the next era of model making.

Within a week of each other, in November 2021, Kato USA and Broadway Limited announced newly-tooled Union Pacific “Big Boys” for N scale, mirroring what’s been happening for decades in all scales. Manufacturers seem committed to trapping themselves in an endless loop of releasing the same giant steam locomotives, giving us a constant stream of FEF-3 Northerns, Challengers, and Big Boys. But I would argue massive engines aren’t well suited for most of our layouts, so what use are these offerings except as shelf queens?

In both HO and N, the realm of small U.S. steam is a minefield of decades-old plastic and brass imports with crude detailing, horrible drivetrains and non-NMRA flanges. The newest plastic 0-4-0 with tender was an AHM offering released in 1967 and the famous B&O “dockside” 0-4-0T was tooled by Gordon Varney in 1951! Why tolerate this?

The diesel market has a very healthy variety of switchers. Almost the entire EMD catalog has been produced as smooth-running, nicely detailed models, with ALCO, Baldwin and GE getting their due as well. Across the pond, the British market is awash in exquisite small steamers. These superdetailed, affordable and smooth-running models cover most eras from the 19th century through the end of steam. Yet, in North America we suffer from barely any good small steam outside USRA switcher designs.

I’m sure you’re reading this and thinking, “Well, Bachmann made small steam, didn’t they?” That’s true, Bachmann has made many lovely locomotives, but they’re primarily Ma & Pa prototypes when they should have modeled the typical. We’re seeing Rapido begin releasing smaller Canadian steam, notably their D-10 4-6-0, which we should look at for guidance in the future. We need to transcend just producing weird one-off prototypes and USRA examples.

Using real catalogs from Baldwin and Alco, let’s fill in those gaps. Four glaring examples of locomotives we’re missing would be: A standard catalog 0-4-0; a Baldwin “Logging” 2-6-2; the Baldwin 70- and 90-ton “Logging” 2-8-2s; and early Baldwin catalog 4-4-2 Atlantics.

Both of the Baldwin “loggers” were popular brass offerings and today command an inflated price due to lack of supply. Their aging drivetrains are rarely up to today’s standard and a ready-to-run plastic, DCC/Sound equipped versions of each would be a strong seller, in my opinion. Offer prototypical detail variations and I believe they’d be a massive hit.

Both types were built in the hundreds for logging, mining, industrial and short line use. Multiple examples found their way into Class I service via acquisitions. Best of all, their long lives led to a disproportionately high number of them surviving today as operating tourist railroad power and museum displays.

Did you know the only widely available 21st Century version of an early Baldwin 4-4-2 Atlantic is a rare Trix model of an exported Bavarian 2/5 class? The “newest” American models of an Atlantic in plastic are 40-year-old MDC and Mantua offerings. The early Baldwin Atlantic design found itself on many roads in the U.S. and around the world. Having a high-stepping Atlantic would open up a world of turn-of-the-century passenger modeling.

A switcher in many flavors: take a standard BLW, Alco, or Porter catalog 0-4-0 drivetrain and from that make a tender engine, steam dummy, saddle tank, side tank, steel mill, or shop switcher on the same chassis. This would both be realistic and cheaper for a manufacturer to produce, as the prototype did this in the steam era. Mix and match headlights, domes, cabs and other details to match prototypes. Something with a large “keep-alive” capacitor for handling rough track. Then offer them properly painted with prototypical pinstriping designs, but unlettered. This would open up entirely new eras and locales for people to model, previously only having been the realm of toy or poorly performing brass locomotives. We need a small steam switcher for our small layouts.

All real-life locomotive works produced full catalogs of locomotives. Most of the Baldwin examples have been digitized by the Internet Archive and are free to view and use for reference by modelers and manufacturers. Seal the deal by offering these engines in both HO and N simultaneously, because N scale modelers have rarely had good-running, accurate examples of any of these locomotives before.

This story appeared in the February 2022 issue of Railroad Model Craftsman. Subscribe Today!