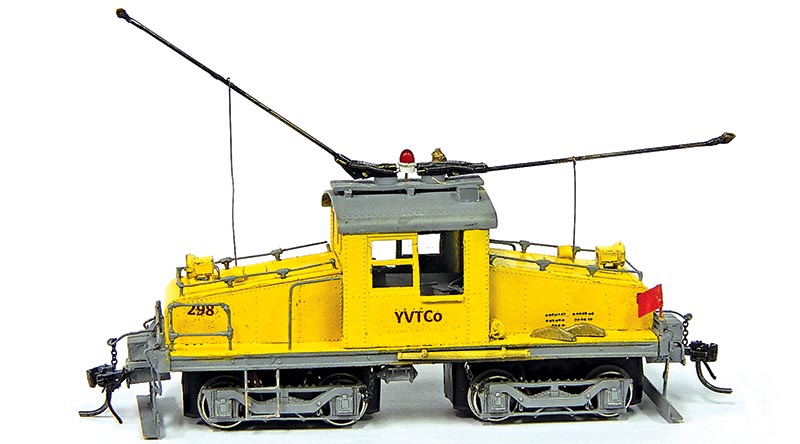 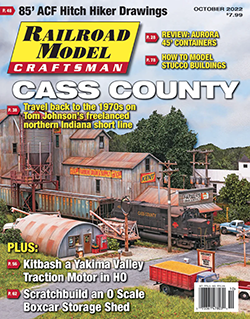 By Bob Belt/photos by the author except as noted

My wife’s hometown is Yakima, Wash., and I’d had a chance to visit the Yakima Valley Transportation Co. (YVTCo) facilities a few years back while we were visiting family there. Opened in 1907, YVTCo operated freight and streetcar service until 1947. After that time, freight service continued under wire until 1984. Union Pacific acquired a controlling interest in the line going back to 1909. In the modern era, YVTCo’s fleet of freight motors was painted in the same Armour Yellow and Harbor Mist Gray colors as its parent. Today a portion of the line and 298 survive to this day as part of the Yakima Electric Railway Museum.

YVTCo was a traction line and I needed a model for Motive Power Merit Award as a step toward earning my Master Model Railroader certificate from the NMRA. While researching for a possible model, a Google search revealed several vintage color photos of YVTCo steeple cab 298 in action. Bingo! This was an instant hit since it was totally different from any other locomotive I’d ever built or modified. I searched the Prints & Photographs collection on the Library of Congress website, and found a good black-and -white photo by Jigger Schmidt that was taken during a Historic American Engineering Record (HAER) survey in the 1970s. 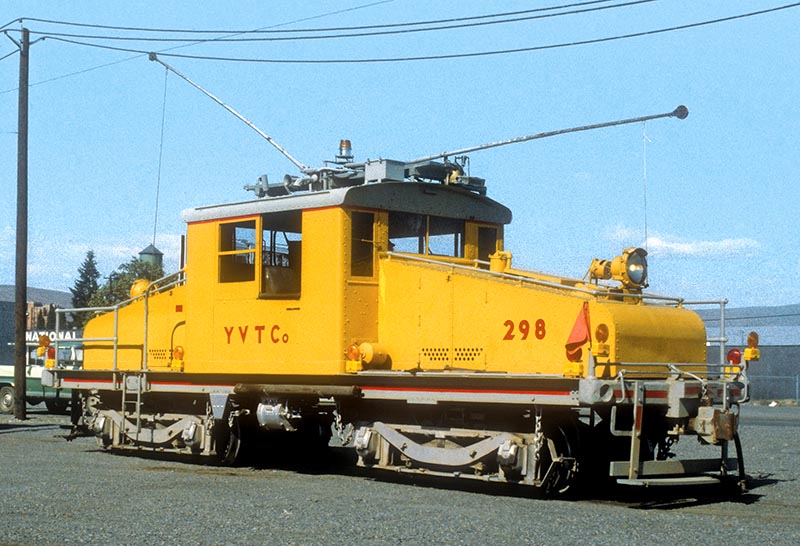 I started digging for more resources. I found a steeple cab kit in the form of Cannonball Car Shops GE Steeple Cab (no. 197-9810). Further research found a number of detail kits for the Cannonball Car Shops kit at American Model Builders, Inc. (AMB), so I ordered them.

Then I started a deeper research looking for photos of the YVTCo steeple cabs. A Google search produced a bunch of photos. I zeroed in on 298 since several of the photos from 1970 featured that 50T American Locomotive Company (Alco) cab, and the Cannonball Car Shops kit pretty closely matched the body.

According to the National Register of Historic Places Inventory-Nomination Form for the Yakima Valley Transportation Co. in 1984, “The cab and truck frames (type Alco RM 63B) were built by the American Locomotive Company. General Electric supplied all of the engine machinery.” No. 298 was purchased new from GE in 1922. 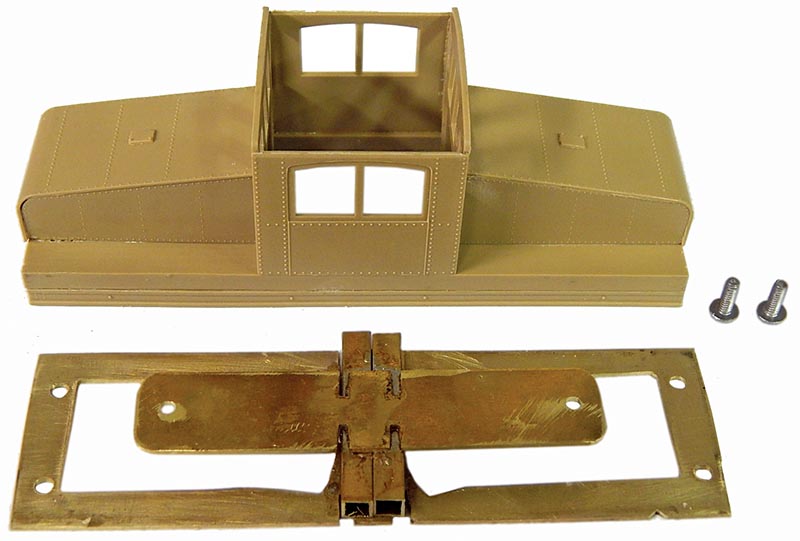 When I started looking at the AMB detail kits, the instructions in the Chassis Lowering Kit (no. 9201) suggested using an early Bachmann Spectrum 44-tonner for the drive, so I found one on eBay. However, the instructions for modifying the Bachman motors were too much of a hassle for me, so I opted to use NWSL Stanton drives (which I already had previous experience with for another model). I measured the 1970 photos for wheel diameter and axle spacing and found NWSL Stanton drives with wheels which were only about 15 percent oversize. I got one powered and one dummy drive with the 70” axle spacing. The AMB kit no. 9200 had side frames to match the Alco-built trucks.

Many other details required “digging” to find those resembling 298 but I finally assembled those I wanted for the model. I purchased rerail frogs, a pole, Pyle headlights, pipe fittings and small tank for the outside body shelf; a brake stand for the interior; flag holders and poling pockets for the pilots — all from Precision Scale. From Cal Scale, I located a steam engine bell and bell ringer that looked right. I found trolley poles from Easton Custom Engineering that closely matched the prototype photos, so I ordered them, too. The wire for the railings came from Tichy. Kadee No. 150 whisker couplers and pockets completed the pilot beams…

Read the rest of this story in the October 2022 issue of Railroad Model Craftsman. Subscribe Today!