Walthers has released a set of components for the Layout Control System (LCS), which is designed for easy-to-use turnout control. Now, all of the components are available from a single manufacturer, ensuring compatibility. Easy-to-use, the system components connect together in a “plug-and-play” manner, avoiding the need for complex electronics or software. Not only can the system be expanded with additional components, but also it is an open system. As such it can be added to your existing layout but is also designed from the outset to interface with a DC, DCC, CTC or computer interface.

Walthers’ Switch Machine – the core component of the LCS—is available in two versions: vertical mount and horizontal mount. Except for the mounting, both units are identical. Fully assembled and ready to install, the controller includes an on-board DCC accessory controller. Contained in the package are: the switch machine, four mounting screws, centering yoke, mounting template, and a 48-inch-long three-wire cable with connectors.

The switch machine has several unique features. First, it incorporates a servo motor, rather than a solenoid or stall motor. Secondly, it includes a microcontroller for control and to manage a wide variety of input controls. Finally, the system includes all the components to be used across the entire spectrum from single turnout layout to large computer-controlled systems. 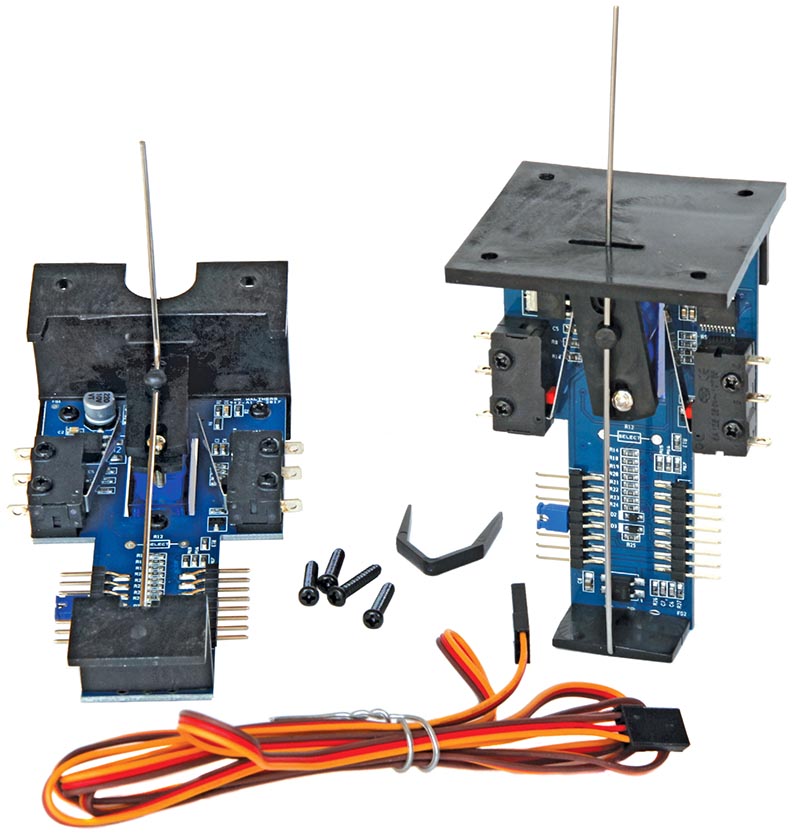 Radio-Control modelers have used servos for years to control aircraft, vehicles and boats. Until recently, servos were avoided in model railroads because of the control complexity and mounting difficulty. Unlike a motor, which runs continuously until power is removed or it is stalled, a servo moves to a commanded position and stops. A control signal, more complicated than a DC voltage, causes the servo to rotate to a specific position (clockwise or counter-clockwise) and stop. This complexity is invisible in the Walthers switch machine because all control and user interface is handled by the on-board microcontroller. As such the Switch Machine is a stand-alone unit, ready to accept a variety of inputs. For example, it can be controlled by a push-button switch on the layout fascia or connected directly to the DCC bus. Other methods of control such as power route or computer control, to name a few, are accepted.

Unlike typical servo operation, after the throw operation is complete, power is removed from the servo and is held in place with mechanical locking. The switch machine can be customized to suit particular situations. Turnout throw speed can be adjusted between 0.5 and 5 seconds, and normal and reverse positions can be swapped. Local control can be locked out for CTC control. Power routing can be implemented to replace existing motor or solenoid machines without rewiring a control panel. For auxiliary circuits, such as frog power, two single-pole, double-throw switches are mounted on the mechanism.
Installation of the switch machine couldn’t be simpler and takes less time to install than to describe the installation. While not mentioned in the instructions, a hole in the roadbed for the frog wire should be drilled, if the frog is to be powered. For modelers who don’t have a well-stocked toolbox, a kit (942-140) of the required drill bits is available.

A common difficulty for all under-the-layout switch machines is the alignment of the throw movement, which must be perpendicular to the track. When I mounted the Tortoise™ switch machines on my layout, I used a jig that I modified from a Model Railroader article. The Walthers switch machine includes a self-adhesive template that attaches to the underside of the layout to ease installation. Alignment of the template is based on two holes drilled through the throw bar. Once the mounting holes are drilled, the controller is affixed with the included screws. Power and control are connected with the included R/C cables. 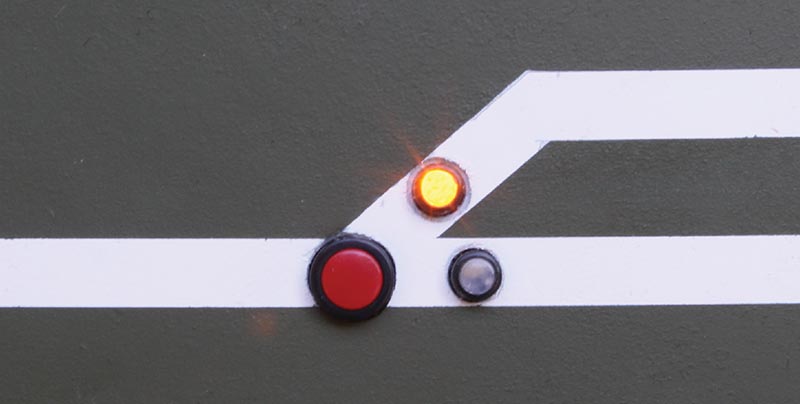 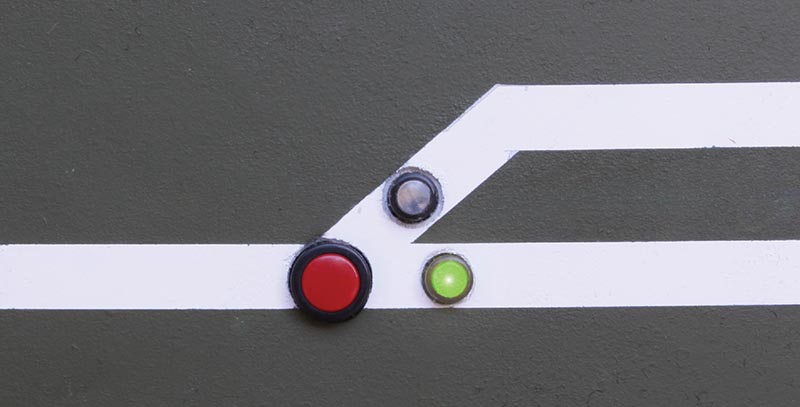 Powered by either a 12-volt DC supply (942-102) or a DCC bus, the controller can be connected to the distribution block (942-111). This provides plug compatibility for the three-wire system and supports 16 controllers. All of the system components use standard 3-wire servo cables to simplify and to standardize the interconnections. In addition to the cables supplied with the components, additional 48-inch cables (942-112 and 942-113) for longer cable runs are available.
When connecting to a DCC bus, there are no CV’s to program; simply assign an address in the learn mode. I have seen reports indicating that operating on a Digitrax system, commands are reversed – a closed command to open and vice-versa. No problems were experienced when interfacing to my Lenz system.

A variety of fascia indicators of different configurations and colored LEDs completes the system. Existing motor-driven machines from other manufacturers (such as Tortoise™) can be integrated into the system via the Stall Motor Driver (942-161).

Documentation is well done. Each component comes with complete instructions. All documentation is also posted on the Walthers web site, including four short videos illustrating the simplicity of installation. More in-depth information in the form of a 25-page reference document is also available on the Walthers web site. This appears to be a well-thought-out, easy-to-use system and bears further investigation. 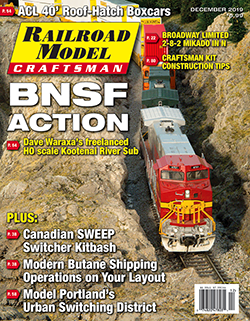 This review appeared in the December 2019 issue of Railroad Model Craftsman. Subscribe Today!