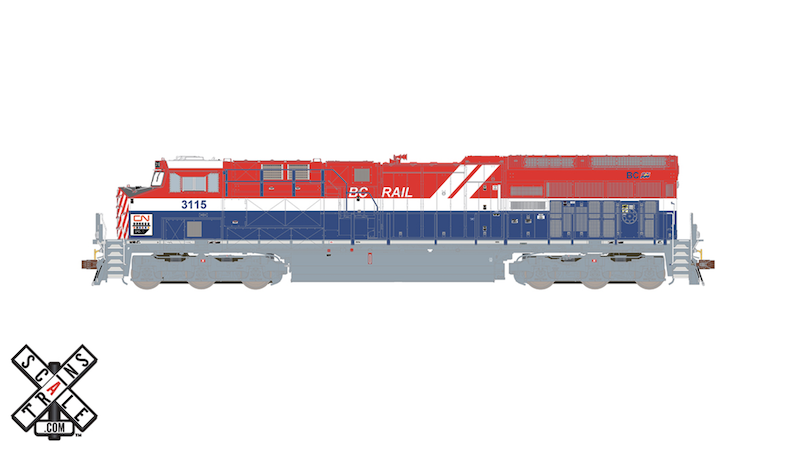 ScaleTrains.com will be producing four of the five Canadian National heritage units that were released in 2020.

ScaleTrains.com has announced a new run of its popular “Rivet Counter” General Electric ES44 GEVO locomotives, that will include four of Canadian National’s five heritage units as well as its two military tribute units.

The new run will include ET44AC 3008 (Illinois Central), 3023 (Elgin, Joliet & Eastern), 3069 (Wisconsin Central), 3115 (BC Rail) and 3015 and 3233 (Veterans tribute). The fifth heritage unit, painted blue and red for Grand Trunk, is an EMD not presently produced by ScaleTrains. The company estimates that the locomotives will be available by next March. Pre-orders are currently being accepted. 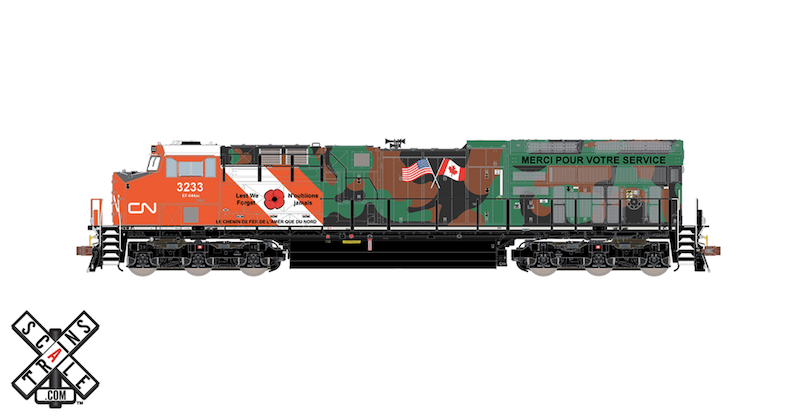