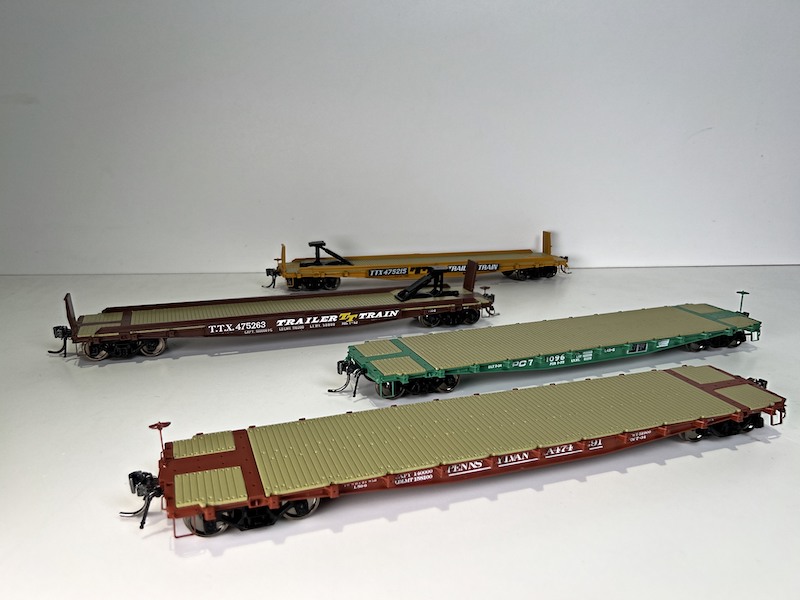 The Pennsylvania Railroad’s class F30A flat cars were one of the most numerous classes of flat cars on that railroad with 1,500 being built between 1933 and 1934.

Now available in stores are Rapido’s first release of F30 flatcars in multiple versions and paint schemes for HO scale.

The Pennsylvania Railroad’s class F30A flat cars were one of the most numerous classes of flat cars on that railroad with 1,500 being built between 1933 and 1934. The PRR utilized a massive one-piece steel casting on these cars, and that sturdy construction meant that many lasted an incredibly long time. The cars were so successful that the PRR built another 250 nearly identical copies in 1951, classified as F30D. 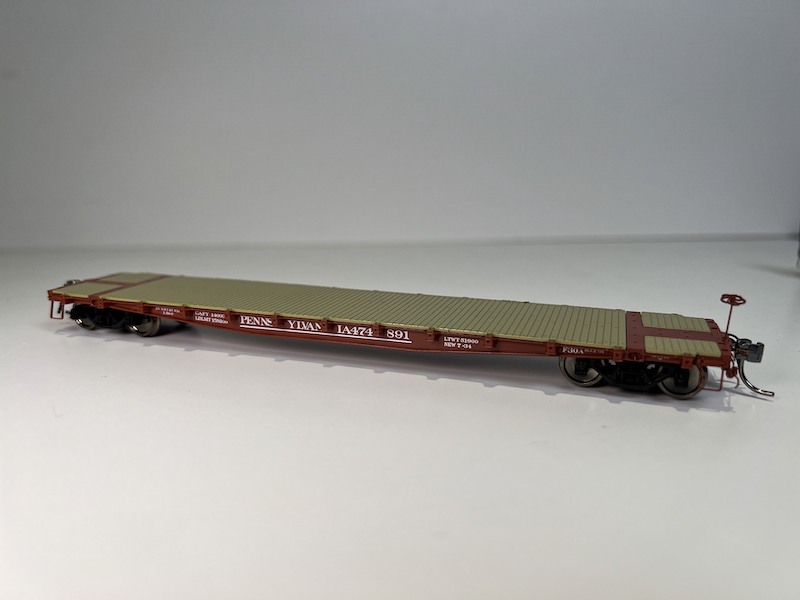 An early version of the Pennsylvania Railroad F30 flatcar is seen above. These cars were built in the 1930s.

Starting in 1954 the Pennsy converted many F30D flat cars into early piggyback service cars. These cars received perforated side rub rails, end loading ramps and four side posts. Eighty-six cars were transferred to the new Trailer Train Company (TTX) between 1957 and 1958. These cars received additional upgrades in the form of ACF trailer hitches and revised side rails and upgraded end ramps. The TTX cars also received roller bearing conversions on their trucks. classified as F30G, these cars were used by TTX into the 1980s, many being upgraded with full roller bearing trucks and many even painted in TTX’s yellow scheme.

Paint schemes for the F30 Flat Cars include: 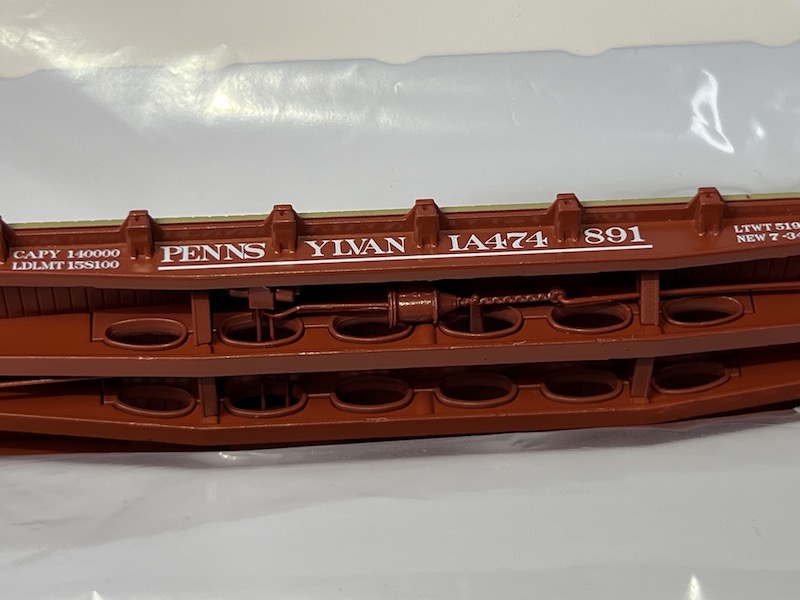 This photo shows some of the detail on the new Rapido model, including the brake cylinder, piping and more. 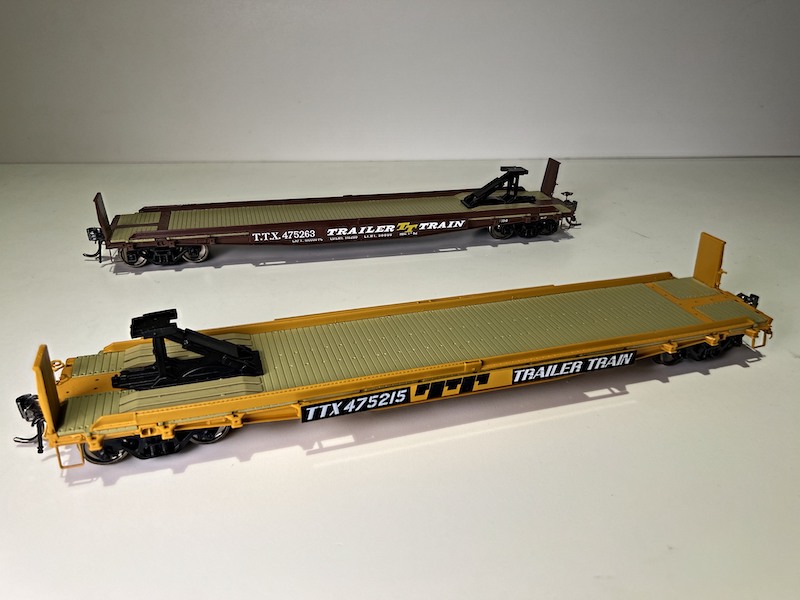 In later years, some of the cars were transferred to the Trailer Train Company, and converted with new trailer hitches to wear Trailer Train’s brown scheme.  After 1970, many of these conversions were repainted into the yellow TT scheme and served into the 1980s. 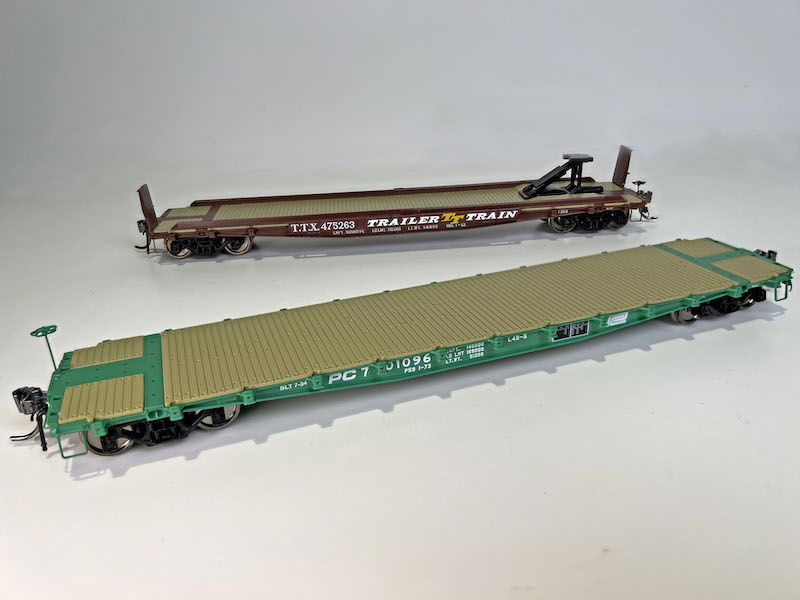 One of the Trailer Train cars is seen with the Penn Central car, which has not been upgraded for trailer service. 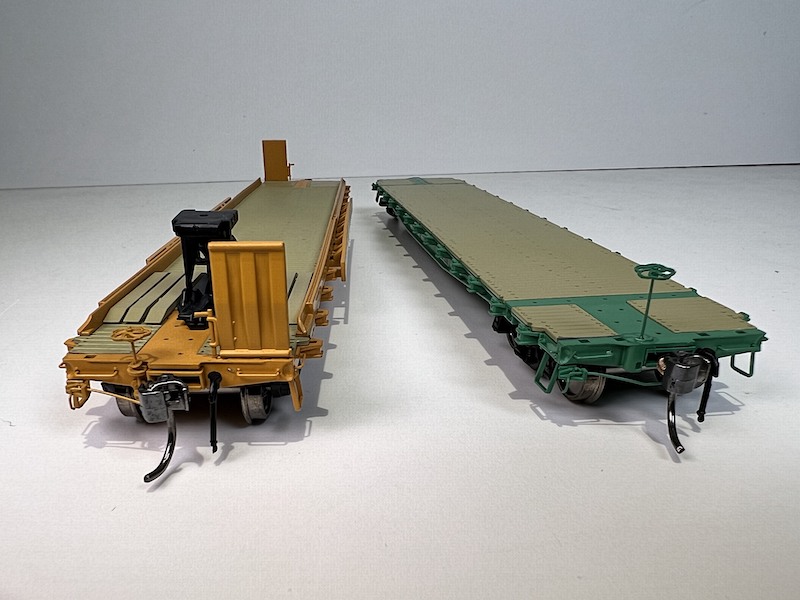 A shot of the end of each type of car. The car on the left, painted for Trailer Train, has been converted for trailer service, whereas the one on the right, painted for PC retains its general-purpose deck.