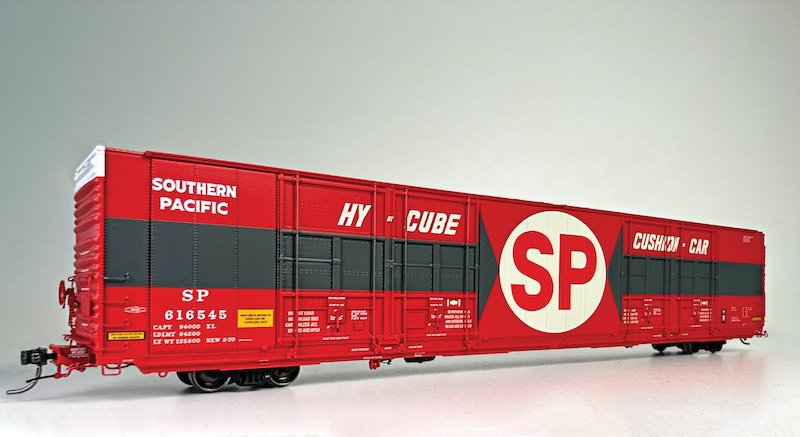 Perhaps the most striking paint scheme in the era of flashy freight car paint schemes was Southern Pacific’s bright scarlet and gray livery as seen on its “B-70-54” fleet of Greenville quad-door boxcars.  SP 615545 here is one of eight different road numbers offered by Tangent Scale Models for SP’s B-70-54s dressed in their as-delivered livery.

During the 1960s, the most radical freight car designs employed the extreme height clearances offered by Plate F car designs. In 1964, no car type articulated this extreme more than the 86-foot, purpose-built “Auto Parts” boxcars. They became fixtures on the rails all over North American mainlines, riding hot trains to deliver components vital to the productivity of auto plants. While several car builders offered 86’ auto parts boxcars, the most prolific builder was Greenville Steel Car Company of Greenville Pa. Greenville produced their Quad Door design in the 1969-1970 period to meet the expanding needs of GM and Oldsmobile production facilities. Like the Double Door cars, these Quad Door cars were acquired by many railroads, and they were assigned to pools where cars from multiple railroads served a specific shipper.

For modern-era modelers of the 1990s and later,  Tangent offers examples of 1991+ era  repaints from B&O’s first order of cars first delivered in 1969.  The CSX “Repaint 1991+” scheme in this release features the large CSX logo on the center of the sides and accurate “Ease up!” stickers on the corners and on the doors too, per prototype photos. The CSX “Repaint 1991+” is available in six versions.

For this second release of these quad-door Greenvilles, the following five new paint schemes join six other liveries introduced in the first run. Two undecorated versions are also available now.

Each RTR car is priced at $56.95 each, while undecorated kits are $48.95 each.  All cars are available now for purchase from your favorite dealer or direct.  More information and photos on these cars can be found at the Tangent Scale Models website. 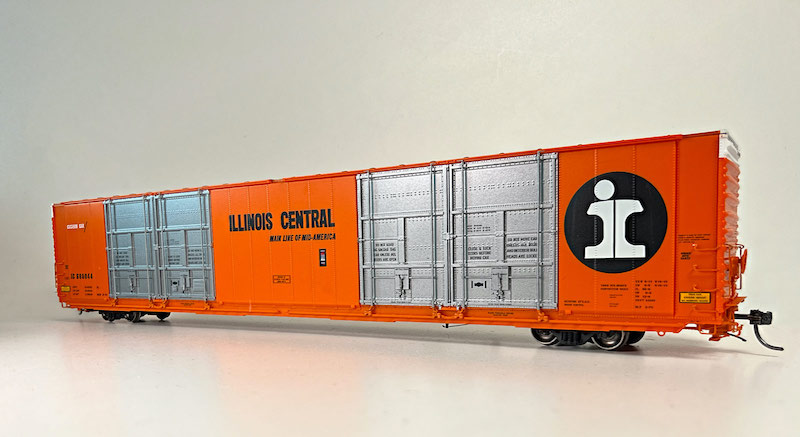 The Penn Central cars in this release were part of the GM Lansing Stamping Plant car pool, with a return-when-empty stencil routing the car back to the GTW in Lansing, Michigan.  This Penn Central “Delivery X-60-R  2-1970” version is available in eight different road numbers.

Keep an eye out for the July 2022 issue for a review of these cars!