Amtrak’s Viewliner rolling stock program addresses the need to replace old worn out “Heritage Fleet” single-level equipment inherited from its predecessors since the inception of the passenger rail corporation in 1971. While most of these older cars were built in the 1950s, numerous examples of the Heritage fleet have been in continuous service since the 1940s.

Though most of these older Heritage cars were refitted and refurbished during the early 1980s for HEP operation, the accumulated wear of decades of service on these aging cars could no longer be ignored. Working with the Budd Company, Amtrak designed a series of all-new single-level railcars using a modular design. For example, each sleeping car compartment was built outside the car, and designed to be installed or removed as a single unit when required. The first production Viewliners were constructed by Morrison-Knudsen and Amerail (Alsthom) back in 1994. Known as Viewliner Is, fifty new single-level sleeping cars were assigned to routes in the Eastern half of the US. Many of these routes have clearance restrictions which would be an issue for bilevel equipment. 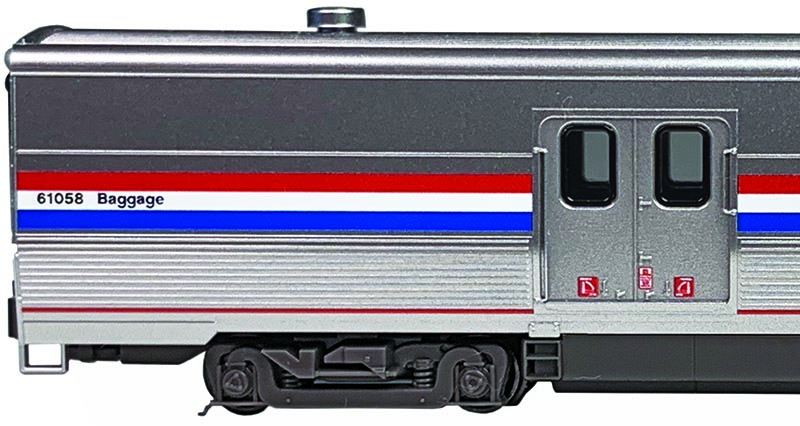 Due to funding constraints and other challenges, many years passed until Amtrak was in the position again to order additional cars. In July of 2010, CAF USA of Elmira, New York was awarded the contract to build 115 Viewliner II passenger cars. Lessons gained from the Viewliner Is were applied to the designs for the new cars. The final order quantities for the Viewliner IIs evolved to 70 baggage cars, 10 baggage-dorms, 25 dining cars and 25 sleepers. The first Viewliner II baggage cars entered service on March 23, 2015 on Eastern routes, with delivery of all baggage cars completed by December 2016.

Unlike the rest of the Viewliner fleet assigned to service on East Coast routes, it is important to note that Viewliner II Baggage cars are intended for and are now in service on trains nationwide, allowing for the retirement of Amtrak’s remaining ‘Heritage Fleet’ baggage cars on all Amtrak routes. In addition to improved reliability and operation, modern enhancements such as bicycle racks are provided on the new baggage cars. 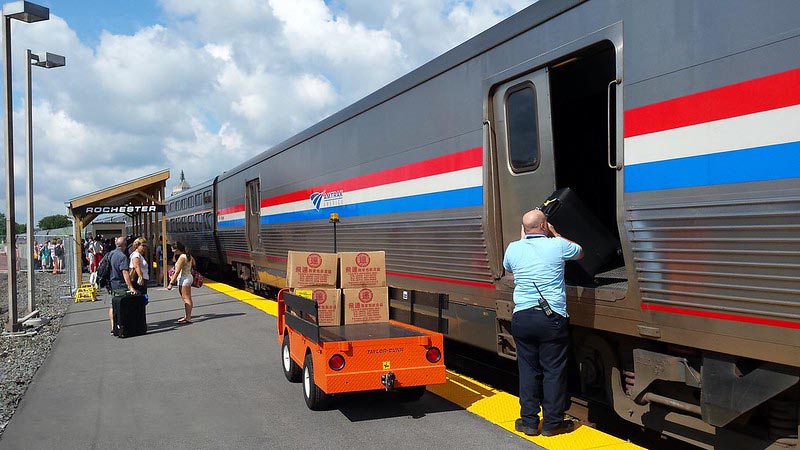 Like a fresh new dollar bill, Kato’s N scale rendition of the Viewliner II baggage car echoes the crisp appearance of the prototype. Accordingly, the Kato model measures 85 feet overall end to end, with two door openings per side. Each door opening is comprised of two fixed doors with vertical grab irons molded in as part of the bodyshell. Tinted window “glass” is mounted flush from the inside with each door. At each end of the car, details include stirrup steps, separately-applied diaphragms, flush window glass, marker lamps with separate lens inserts and molded-on grab iron detail. The top of the roof features four separately applied round vents per the prototype. All car fluting below the pier panels and atop the roof are finely rendered to scale.

Lettering on the car includes the current Amtrak Travelmark logo with “Amtrak America” branding on the center pier panel. At each corner of the car, the road number and car type is printed in black atop the Phase III heritage striping. On our samples, all lettering and printing was crisply applied and faithful to prototype dimensions without fault. Safety warning decals are also applied to each door, accurately depicting cars as they appear today. 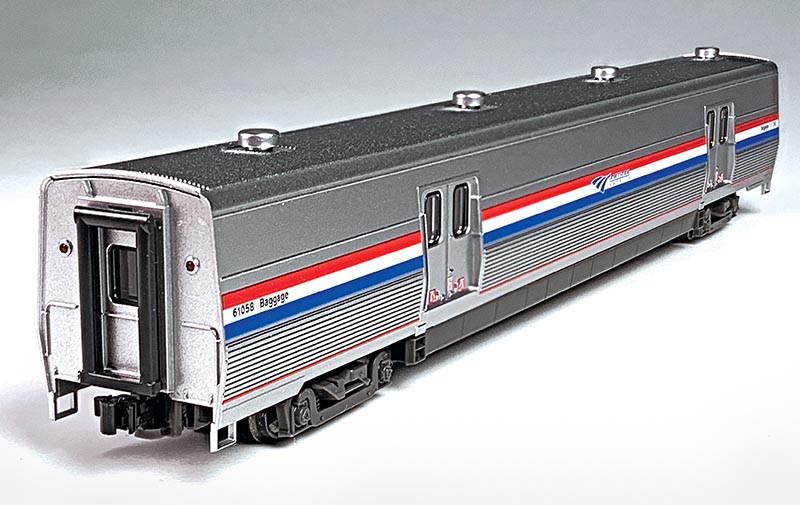 Kato’s own dummy knuckle couplers are mounted onto draft gear assemblies extending out from each truck. As expected, the couplers are compatible with the MTL and ScaleTrains knuckle couplers that were on hand. The car weighs 1.125 ounces, which is slightly shy of NMRA recommendation of 1.425 ounces for cars of this length.

Blackened metal wheels are mounted in trucks molded in slick engineering plastic. Our two review samples tracked perfectly along our layout that includes 282mm (11.1-inch) curves without issues. Kato recommends a minimum operational radius of 249mm (9.75-inch) for these baggage cars. For those who prefer interior lighting, Kato offers an optional LED lighting kit (11-211) suitable for these cars. 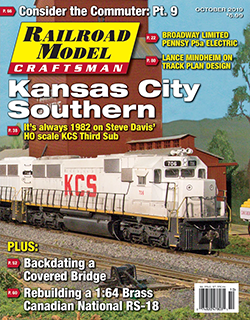