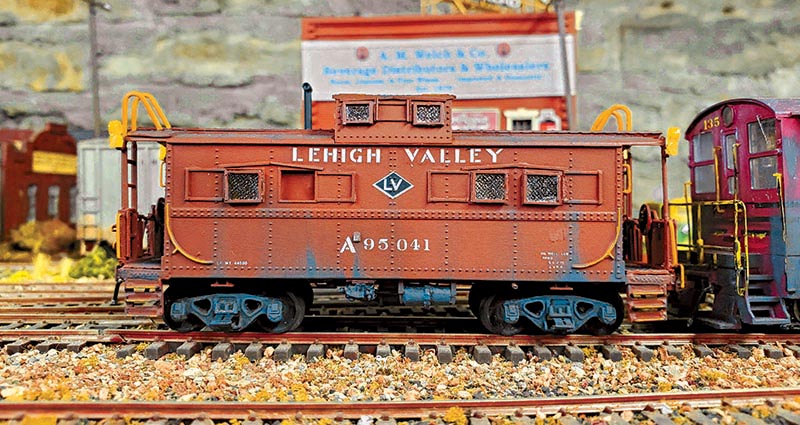 The author’s model represents a “Phase II” Lehigh Valley Railroad caboose with porthole end windows, but the 95041 road number was assigned to a “Phase I” car built in April 1944. The “A” in front of the road number was for cars equipped with cushion underframes and assigned to road service. All cabooses with portholes had solid underframes and were used in local service. These minor details do not detract from an otherwise fine model. 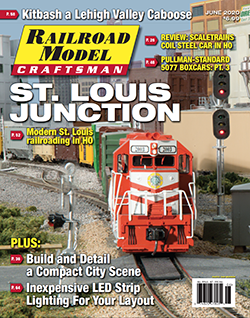 By Aaron Dickson/photos by the author

We’ve all experienced it. You go to a swap meet or sale and they are there by the thousands. They go by the names Tyco, Life-Like, and Model Power. Yes, the dreaded, cheap train set car. Most call them junk, but with some careful research and work, these cars can be turned into a rewarding model.

Being a modeler of the Lehigh Valley Railroad and having access to a real LV caboose preserved near my home at the Sayre (Pa.) Historical Society, I made the decision to dive into one of these projects using a Life-Like caboose as a starting point.

Marketed for years under various names, this car was still in its box and was a mere $2.00. Everything used in this project was left over from other projects, already in my parts box, or from the scrap box, so $2.00 was all that was spent on this project. 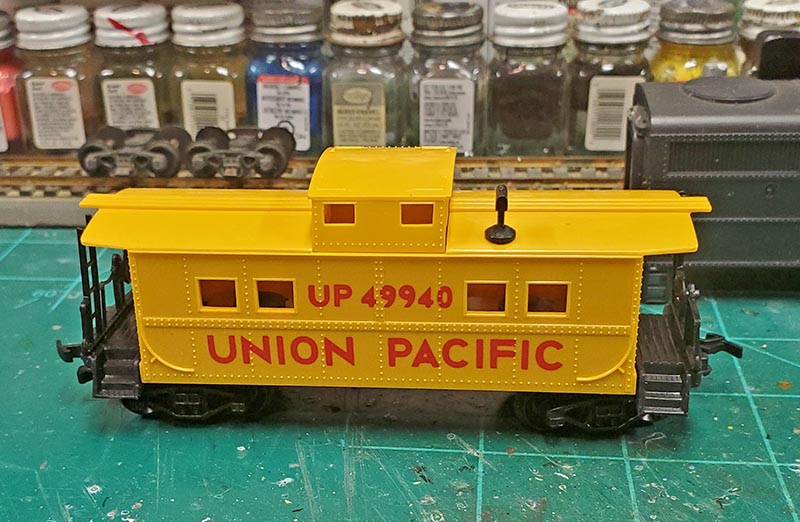 The project began with a common Life-Like caboose model purchased second-hand for just $2.00.

The Prototype
Lehigh Valley built 140 steel cabooses in its Sayre Shops between 1937 and 1946. The so-called “Northeastern” design was first developed in the 1920s by the Reading in reaction to legislation requiring that cabooses on through freights in Pennsylvania be eight-wheeled and at least 40 feet long. The plan was based on a USRA design for a similar wood-sheathed caboose from 1920, and was quickly adopted by many railroads throughout the Mid-Atlantic states.

Minor changes were made during production life on the Lehigh Valley, the most noticeable being the change from a single square window on the end to two porthole windows in 1945. I chose to model the later style, using LV 95011 on display at Sayre, Pa., as a guide.

Most cars were transferred to Conrail in 1976 as well as to several other lines, but several were sold to Rock Island, Chicago & North Western, and Penn Central prior to this. Many remain preserved today and one car is still in maintenance service on Union Pacific.

Body Prep
I started by disassembling the car. This particular car had a cupola that was separately applied, but most Life-Like cars have this cast with the car body. The only items that needed to be saved are the car body, end railing assemblies, the smoke jack, and the cupola. It is a good idea at this time to strip and remove all the factory-applied paint from the body

Next, I trimmed the mounting tabs and cleaned up the ends of the body for the new floor. I then cut a piece of .030” styrene sheet to fit the body. The styrene should be glued on the indentation in the sides that would rest on the floor. When cutting the floor to length, cut it long enough to be just slightly longer than the roof overhang. This will allow the end railing assembly to be joined to the car later. 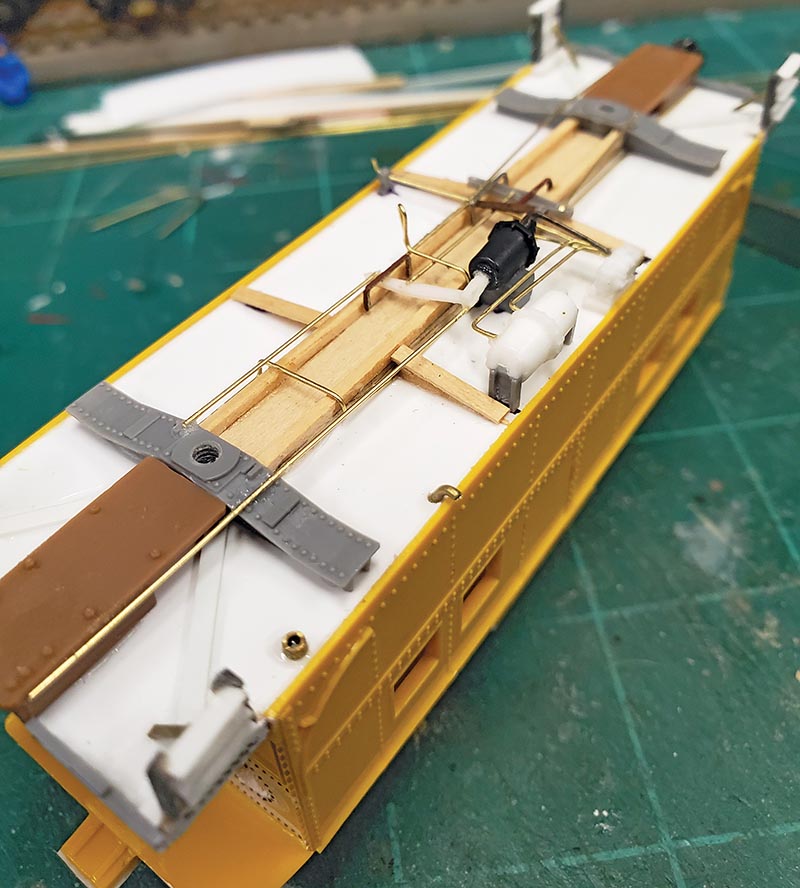 If using a car body with the cupola cast with the body, add the weight and the plating for any windows to be covered now; otherwise, glue the floor to the body. Only the window that is next to the stove should be plated over with styrene and this is not a detail found on all cars.

Underbody
Next, I laid out the location of the bolsters. The outside edge of the bolster should line up with the first row of rivets on the car side. After finding the centerline of the car, I attached Tichy Train Group bolsters to the car (for reference, the A-end of the car is the end with the smoke jack). Finishing this step, I drilled and tapped the holes for the truck screws. 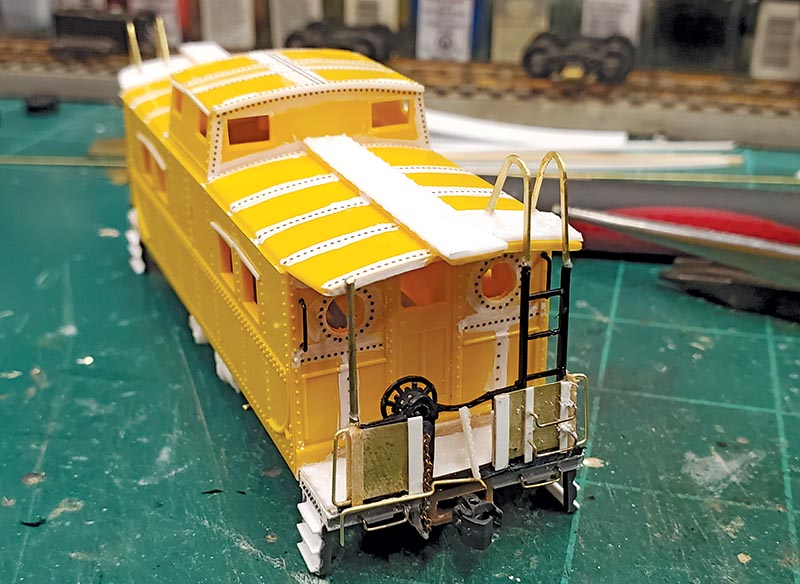 The center sill was built up next using strip wood left over from old Ambroid and Northeastern Scale Models kits. I made sure that the sill was not wider than the coupler pockets to be used and that the sides of the sill fit under the overhang of the bolster…