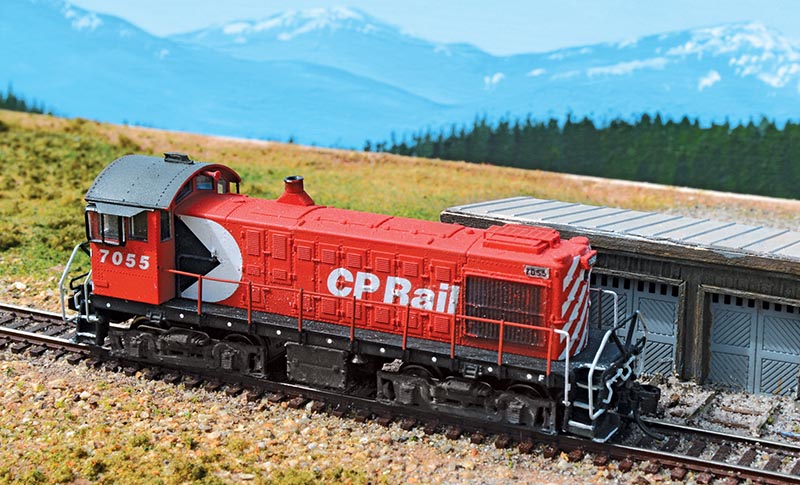 Canadian Pacific S-4 7055 idles awaiting the next call to duty. Starting with the venerable Atlas S-2 model, the author made modifications and upgrades to better represent an S-4 produced by Montreal Locomotive Works. 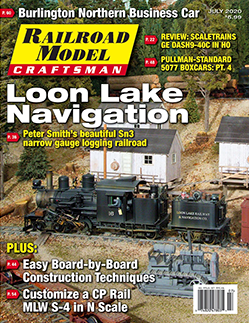 By Mike Pagano/photos by the author

The Atlas S-2 locomotive is still one of the most beloved models in the N scale community. First released in 2015, it filled a need as the first sound-equipped N scale switcher. Since Atlas’s second release in 2017, the model can be found on many pikes performing switching duties, while providing operating reliability with authentic sound from a factory installed ESU LokSound decoder. Like its prototype, the American Locomotive Company started building its first successful diesel-electric switcher in the 1930s, starting with the HH600 switcher model.

By 1940 the HH-series was replaced with the S-1 body style and it was rated at 660hp. Other models followed the S-1 switcher along with minor changes in both body and truck styles to accommodate the increase in horsepower. The Alco S-2 locomotive was one of the more popular locomotives because it offered the extra power from a turbo-charged version of the 539 six-cylinder diesel prime mover. The S-2 version rode on large Blunt trucks while the S-4 rode on AAR-style trucks, but both models were still rated at 1000-horsepower. These models were also built and sold by Montreal Locomotive Works (MLW), which was Alco’s Canadian subsidiary. 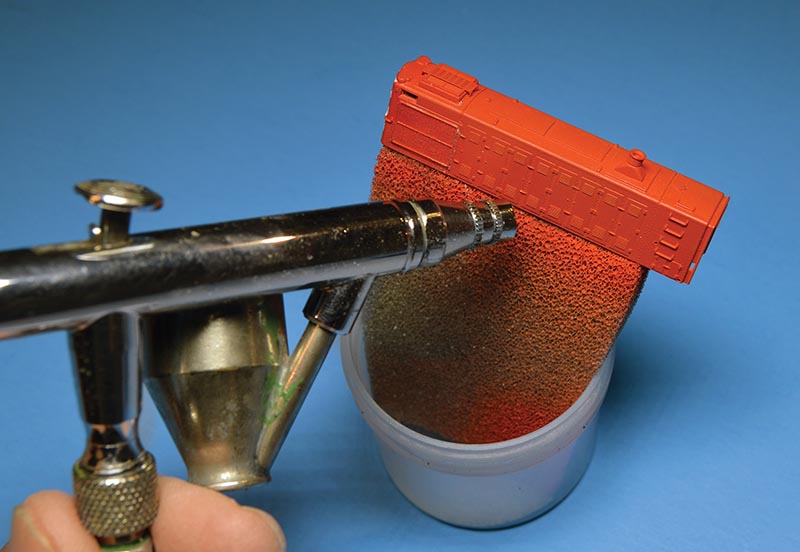 The undecorated version of the S-2 is painted with a coat of CP Rail Action Red paint from Tru Color. Any model can be repainted by stripping the model down and adding a thin coat of primer before the pigment color is added.

Disassembly
Any of the Atlas S-2 models can be customized with detail parts that match a specific road. A new paint scheme can also be applied to match a specific prototype. I decided to build a Canadian Pacific S-4 in the “multimark” paint scheme. The S-2 comes with many separately applied details that are common on most railroads. In this article, I’ll illustrate other details that can be applied along with a new paint scheme in Canadian Pacific.

The first task of any locomotive project is the disassembly process. Most N scale locomotives are designed with a split frame. The S-2 is built with a die-cast hood that separates from the deck frame and fastens together with two screws under the front porch. Before removing the hood, carefully slide off the cab that is made of plastic…