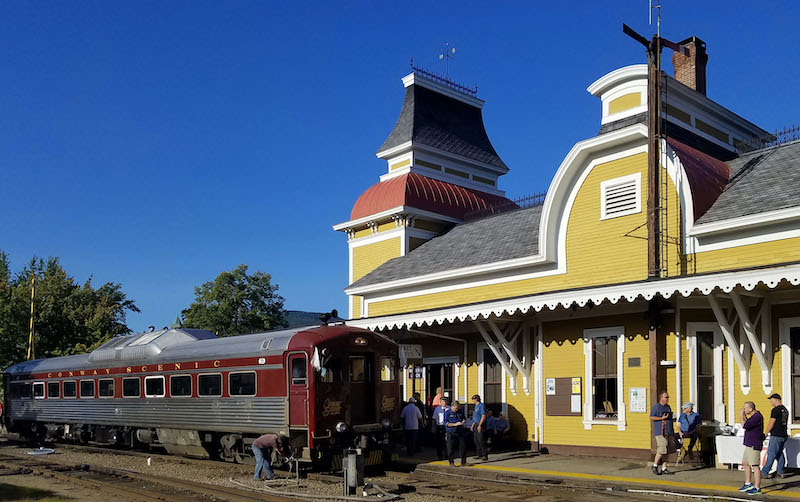 No room for a massive, 12-car passenger train on your layout? No problem. Single-unit passenger trains made up of gas-electric cars (nicknamed “Doodlebugs”) or Budd Rail Diesel Cars (RDCs) will come to the rescue! Photo by Otto Vondrak. 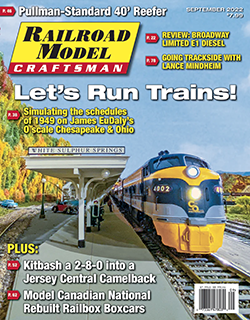 To many model railroaders, there’s nothing more satisfying than watching a string of a dozen full-length passenger cars gliding around our layouts behind a handsome locomotive. Maybe it’s a postwar set of E-units leading sleek stainless steel streamliners, or a powerful Hudson hustling a string of heavyweight Pullmans along a double-track main line, or an F40PH-2 hauling
Amfleets and Superliners down the main line.

Alas, most of us have layouts that don’t handle 10- or 12-car passenger trains very well. The radius of our curves is constrained by layout design and placement. Even if we can pull a string of full-length passenger cars around our curves, they sometimes look lousy doing it. The overhangs are unrealistic; the cars are spaced too far apart; diaphragms between cars cause derailments and couplers often have to be modified.

Yet running a passenger train in an operating session adds both realism and dispatching challenges. Those trains have to stop and linger at passenger stations which most modelers have on their layouts. There may be numerous flag stops along the way, where a single passenger awaits. As passenger trains, they have priority over freights — always a challenge for dispatchers.

What’s the solution? Obviously, a self-propelled single-car train. That means gas-electric cars (nicknamed “Doodlebugs”) in the prewar steam era, and Budd Rail Diesel Cars (RDCs) thereafter. And while some large gas-electrics were 85 feet long, most averaged 50 to 70 feet long. Based on a standard coach, most RDCs are 85 feet long. As opposed to a long string of varnish, a single long car doesn’t look as awkward going around sharp curves.

Facing challenges from the growth of interurban railways and the construction of better highways, the railroads started using self-propelled passenger cars early in the 20th century to help reduce operating costs on branch lines. Firing up a steam locomotive to haul just one or two cars with a full five-man crew was expensive. Operating a single car (running on gasoline or diesel) with just an engineer and a conductor was not. 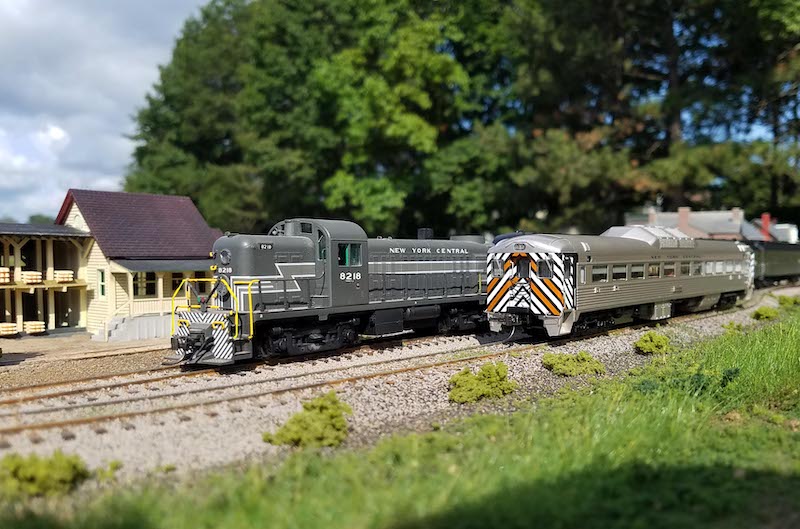 You don’t need a lot of room to run a Budd car, as this scene by Editor Otto Vondrak proves.

Dozens of manufacturers offered varying types of self-propelled cars. Mack adapted automotive technology, using modified truck chassis and bus bodies to create the “railbus.” However, these weren’t satisfactory for the heavy-duty requirements of most railroads. Hence, the gas-electric “Doodlebug,” which used a gasoline-powered engine to run a generator and provide power to electric traction motors mounted to the axles. Manufacturers such as Brill, Edwards, and Electro-Motive Corp. offered a wide selection of cars in several configurations for passengers and express. For the steam era modeler, a variety of Doodlebugs have been offered in N, HO, and O scales in both plastic and brass.

If you model the diesel era, then Budd’s RDC is almost a requirement. Using the same stainless steel welding technology it pioneered constructing streamlined passenger cars, Budd designed the Rail Diesel Car to replace aging gas-electrics and offer railroads a substitute for regular passenger trains. Many railroads adopted the RDC as a way to cut costs. Multiple configurations were offered, including the RDC-1 coach, RDC-2 combination coach and baggage, RDC-3 combination coach and mail car, and the RDC-4 exclusively for mail and express. Almost every major railroad in North America owned RDCs, with Boston & Maine rostering the largest fleet at 110 units. Some railroads like Great Northern, Lehigh Valley, Missouri-Kansas-Texas, Santa Fe, Southern Pacific, and Western Pacific only rostered one or two.

Passenger operations on your model railroad do not need to be complex to be realistic. The most basic service can be simulated with one trip in the morning, and one returning in the evening.  At either end, consider where the train will be stored between runs, perhaps on a siding at the depot or run to the yard for servicing and fuel.

Passenger runs also offer a unique opportunity to introduce a first-time visitor to your layout, or help train a new member of the crew and get them familiar with operation. Perhaps your crew has an older member who can’t stand for two hours switching cars, or whose memory lapses cause confusion. The single-car train offers the perfect solution to these problems.

So consider adding a self-propelled train to your operations. While Doodlebugs and RDCs may have disappeared from the main lines, we can keep them alive on our layouts and use them to enhance regular operations without taking up space or other valuable resources.

This article appeared in the September 2022 issue of Railroad Model Craftsman. Subscribe Today!