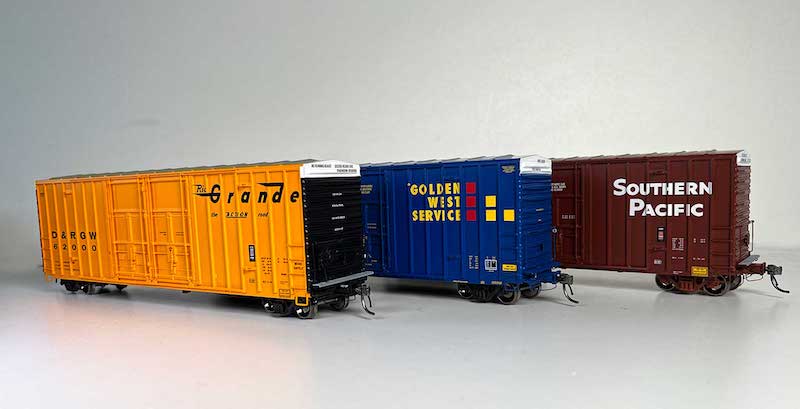 Gunderson Brothers Engineering Corporation (GBEC) of Portland, Ore., was a small car builder that mostly produced box cars. Founded during World War II, the majority of its boxcar production occurred later during the 1960s. Between 1968-69, Gunderson manufactured its first 50’6” high-cube double plug door boxcars. The 1,050 cars were produced and divided amongst three customers – the Southern Pacific, Cotton Belt (St. Louis Southwestern) and the Denver & Rio Grande Railroad.  With a full 6,089 cubic foot carrying capacity, two 8-foot wide plug doors and a peaked diagonal-panel roof with Stanray ends, these high-cube boxcars stood out amidst the seas of conventional lower-profile Plate B and later Plate C boxcars of the time.  Purpose-built to haul paper and lumber products and appliances, the Gunderson 6089 cf boxcars were seen all across North America. 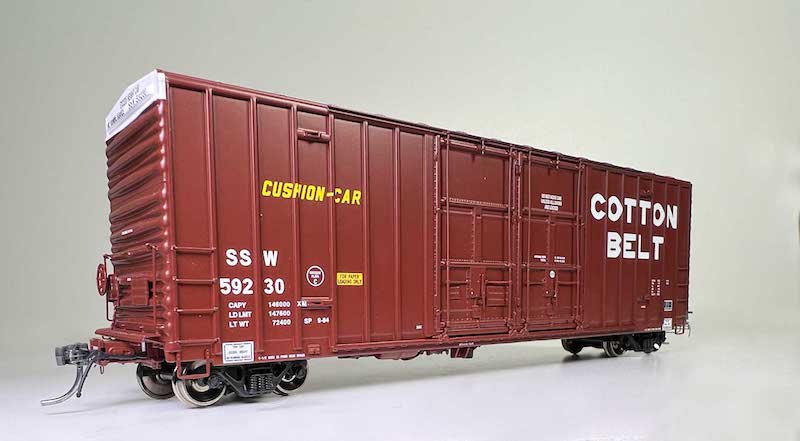 The SP and SSW cars entered service with a giant “Hydra-Cushion” slogan proclaiming the cushioned center sill beneath the car’s flooring to protect against damage from shock during transport. By the mid-1980s, many of these SP and SSW cars were shopped and repainted with smaller “Cushion Car” lettering and renumbered into a new number series.  By the early 1990s, a major portion of the fleet was fully refurbished and given new paint and reporting marks for “Golden West Service.”  These bright blue cars were leased back to the SP/SSW, traveling far and wide. 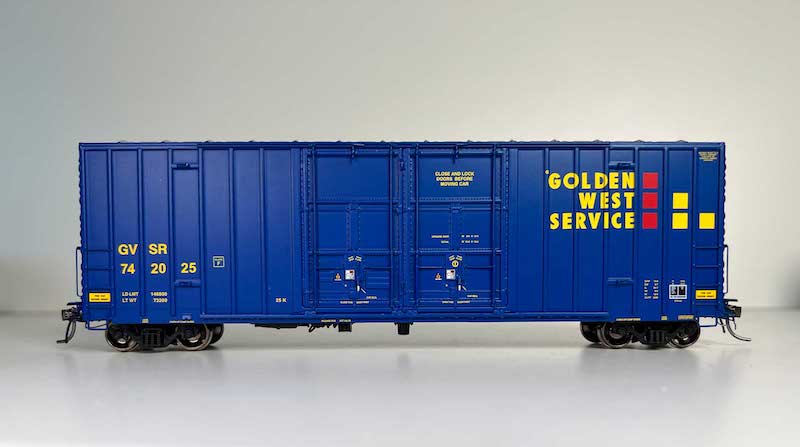 A side view of the Golden West Service boxcar from Tangent Scale Models.

Available now from your favorite authorized dealer or direct.